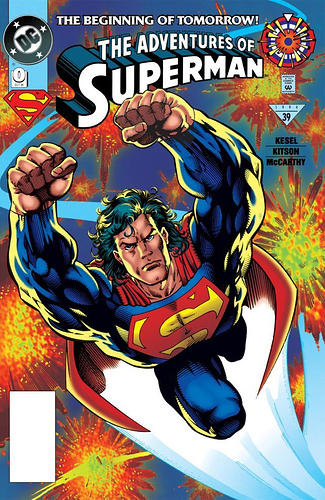 Happy Friday Superfans, and welcome to a brand new week of whirlwind, action-packed adventure starring Superman, The Man of Steel!

While everyone is aflutter with talk over the CW’s iteration of Crisis on Infinite Earths (and for good reason, as it’s been quite swell so far) I’m shifting focus to the crisis that came after it, 1994’s Zero Hour: Crisis in Time, specifically the Superman starring content that tied into and immediately came after said event.

Make sure you’re in time for the following:

Read (Pick one group, or indulge the brave and the bold within and read 'em all!):

If you haven’t read Zero Hour, or if you have and you’d like to re-read it along with these tie-ins, you can check it out right here. It should be noted that Zero Hour itself is not officially part of this week’s reading, I’m just including it for kicks, as well as to highlight the 25th anniversary of the first Crisis of the Post-Crisis era.

Group 2: “The Beginning of Tomorrow!”, aka “Peer Pressure”

That’s the happs, kids! Pick your group of books, take a walk into a Metropolis not our own and have fun ringing in the 25th anniversary of Zero Hour and Superman’s related adventures during and after it.

I have never read Zero hours but always wanted to.

Now here’s my chance to start!

Excellent @Reaganfan78, and just in time for what remains of Zero Hour’s 25th anniversary too!

will be on time this week, and thank you good sir for the links. I wish the comic feature had the next six issues under the selection option and not just always the first ones of the issue. Looking forward to Zero Hour, it’s one of the crisis events that I never got to reading.

@AquamonC137 Use your time as needed, for this week’s selection will be ready when you’ve the time for it.

hears Clock King walk by, asking aloud “Someone say something about time?”

I have the week off so plan of doing a good bit of reading. I have a lot of independent stuff to catch up on as well, like a $100 worth that I just haven’t gotten around to. I was gonna put what all I am reading on your weekly comic book day thread but it was so many titles LOL. I’m reading more stuff by Image, Dark Horse, Valiant, and Boom than I am DC these days.

I’m off too! When you’re able, we’ll get some Popplers and chat Superman, mmmkay?

You’re welcome to list the new comics you’re reading here, if you like. I was busy as a beaver on Wednesday, and had zero hours for DCU (due to wrapping up work stuff for the year), hence why there was no New Comics thread this week.

The New Comics thread will be back next week though, and on-time too.

and had zero hours for DCU

I won’t miss this Saturdays Sup’s serial. I was so bummed that I missed it last week.

Ah, Bender. The best darn alcohol fueled, wiseass robot there ever was.

Look forward to seeing you at the Superman serial WAL!

By the by, Superman Giant #1 is out. This is the new volume whose issues debut at Walmart first, and will then be released to comic stores a few weeks later (with this issue hitting the direct market under a new cover on January 1st). 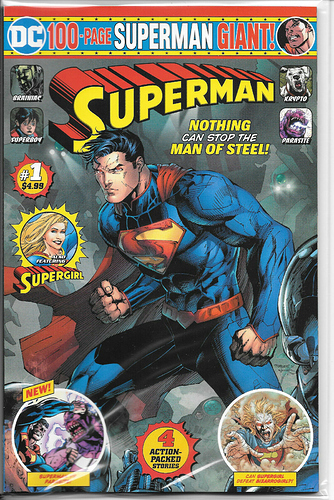 Followed by the cover for the direct market edition of #1. 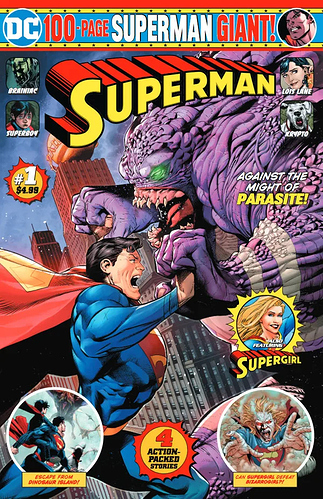 Adventures #516 has Lois jokingly referring to the villain Bloody Mary as Psycho She-Pirate. Can you say cross-club tie-in, @JasonTodd428?

wonders what a female Psycho Pirate would be like

I think Harley Quinn would murderize her for being way too close to her brand.

Would Harley give a female Psycho-Pirate the same treatment that Black Adam gave to the regular Pirate in Infinite Crisis #1?

Anyway, I generally liked the tie-in issues over the #0s. I’m just not a fan of the never-before-mentioned-childhood-friend-who’s-now-a-villain plot.

@AlexanderKnox You’ll be seeing more of Conduit over the next month or so.

Between this week’s two groups of books, I enjoyed Peer Pressure (the #0 issues) the most. The Zero Hour tie-ins were good too, but the 0 issues have rad covers (especially Adventures #0), reveal an unknown individual from Clark’s past, and, well, I’ve liked Conduit since I was 12, so I have a certain fondness for him as the heavy.

I would love to see Conduit make his way into media outside the comics. He could probably use an update in origin and/or character design as well.

I would love to see Conduit make his way into media outside the comics. He could probably use an update in origin and/or character design as well.

Yes. We’ll discover that he’s really the Riddler in disguise! 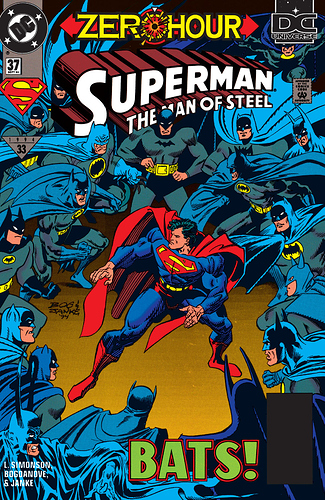 Then it will be revealed that “The Riddler” was actually the Earth 2 Prankster in disguise!