The idea of this challenge is that the DC Universe app has a massive comic book library. I personally am wanting to read as much of it as I feasibly can. I am creating a reading challenge for the me to go through over the course of the next year of the service.

You will be able to see below what I am reading for the prompt once I start it. I will be keeping track on a post and then editing it as I go along. I hope to one day say that I have read the entire comic book library! Goals, right? I am using a site as well that is marked in my profile as a tool to do this, but I will be using the below post mainly to show where I am at with this challenge. This is just a fun little comic book reading challenge for us to delve into the library over the next year! I hope you will create your own post below and join me in editing and reading different parts of the comic book library. It is going to be a fun and interesting year. Feel free to use any of the various book club reads as well to reach any of these goals.

These are the 25 prompts to complete the 2019 DC Universe Reading Challenge. These prompts are open to your own interpretation! This is for fun, so don’t worry about rules. Just have fun. In other words, you don’t need to ask “does this fit this category” because if you want it to fit, it does.

I was trying to think of a creative way to start diving into this massive library we have at our fingertips. I love this idea I’ll definitely tie this into my dcubc readings!

I would love to have you join up LesVegetables. You could start a new post and even if you don’t get them all, who cares? it is just for fun to get us into the library.

My intention is to edit as I go the post, since we now have that feature in community 2.0.

We’ll have to see what I can get around to but I would like the idea of going through a challenge with the community!

Wondering if anyone else may have experienced this yet when reading through the library. Let’s say you start reading title A, get a few issues in, all is going well, then title B and C have a tie-in story that runs through all 3 titles. I haven’t found the library as being updated yet enough in the predictive suggestions to lead one to Parts 2 and 3 of this tie-in before going back to the main title A goings on, it just gives you the next numerical issue.

To be honest, I thought the community profiles we have would have some stats showing how much we have read AND would reflect next to our name in the community section HINT HINT DC

I recommend No Man’s Land. It’s an event spread across several series so it can be hard to keep track of but it’s worth a read. Also, an few Elseworlds titles if you haven’t already read them.
(My obsession and reputation depend on me regularly answering these styled question with the answer NML. Batman: Hush would declare me a kleptomaniac but the way I see it you’re lucky I’m not trying to be batman instead of reading batman.)

I have bookmark this, it definitely reminds me of a fun scavenger hunt, or the time I decided to try to find all 50 states’ quarters…

Great idea! I’m in and will be reading more.

For my first prompt, I am going to let y’all vote from this list of titles! Also No Man’s Land is officially being added as my recommendation prompt. Will update later today, after work. Currently on lunch.

My mission on this app is done. I have led one person to NML. Enjoy!! (here’s a reaction image for ya @biff_pow. For when you are retired.) 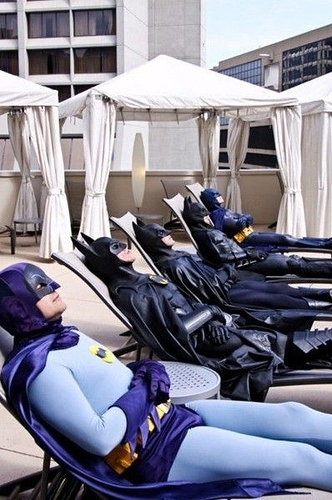 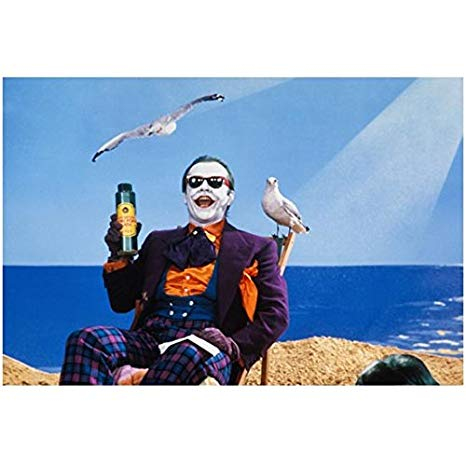 I love a good challenge, Princess. And this is a GREAT one! Challenge accepted! I will endeavor to complete your entire list before 2020!

“1. Read a title that only has ONE issue in the comic section.”

I read Vertigo Visions: The Phantom Stranger, by Alisa Kwitney and Guy Davis. Not sure what I was expecting here, but certainly not a horrifying tale about the natural frailties of the human body, and a take on the cosmology of Hell as it’s understood in the DC Universe. There’s also a really kabbalistic angle to the supernatural element that I personally appreciate. Plus, an interesting new origin for The Stranger himself. And surprisingly, a slight tie-in to Sandman and Lucifer! Definitely an appropriate Halloween-time read.

I read RAGMAN, a 2017 6 issue series by Ray Fawkes and Inaki Miranda. As one of DC’s few practicing Jewish characters, I’ve always meant to check more of Ragman out.

It was definitely coarser than I was expecting. A bit more military than I like, personally. Reminds me a little of Prisoner-of-War from AQUAMAN AND THE OTHERS. But also feels like an early New 52 war book masquerading as a mystic book?

The Batwoman cameo was a nice nod to his arc with The Unknowns, at least. And seeing Shining Knight in action, DC’s greatest trans hero, is always a treat.

Not sure I really dig this version of the costume, either. Love the take on Etrigan, though. And the ghosts of Rory’s army buddies did grow on me after a while. But if we’re still looking for an Essential Take on Ragman, I’m not certain this is the one.

This looks like it could be fun. If this is the 2019 challenge no way can I read all of those before December 31st. But worth a try anyway. I am on board.

For the first prompt…

I read HARLEY QUINN & THE SUICIDE SQUAD APRIL FOOLS’ SPECIAL #1. I thought it was a one shot not a lead in to the Suicide Squad series. But not sure I will read that or not. At least not right away. I got to be honest, it was fun in parts but didn’t truly grab me. But I had been wanting to read it for a while so glad the challenge got me to check it off the list anyway.