I’ma put it simple wtf is going on since DC is recreating their movies and universe does that mean all of Zack’s work never really happened? Seriously wtf is going on it seems like their intentions are good but it’s just confusing. Release the Snyder cut! The real cut! It’s no surprise to me that when Joss wheadon saw what Zack made he saw how it created what marvel built up to in one movie was like “nope I’m not even gonna make any real worthy scenes just cut Zack’s main story details and put in jokes” you should have trusted Zack even if Nightwing was the one to day in his mind it was never that on screen yet. Comic books have new takes on heros all the time it’s not surprising they stick to the gods roots which is unknown to the mass public but to us it’s what DC is. He told his Batman retirement story, prequels with Robert Pattinson could of told us the rest, with suicide squad being rebooted Jared leto never existed. That’s just fact rn everything in that movie never happened. Idk who’s fucking up the movies rn but not sticking with Zack’s work was just fucking yourself over. Happy to see Robert and everything that comes next. It’s sad that we won’t get a justice league with the people we spent years to see the fans knew what we were gonna see it’s when we didn’t see it we got fucking angry. The mother boxes got cut out of the story!!! Not literally but everything they actually stood for was cut out!!! Why? I’ll have hope for the future because I love DC but all of this was unnecessary if you went with Zack’s plan the suicide squad remake would’ve been the only thing you had to fix.

I could be mistaken, but the mood seems to begin rather irritated and then escalated to angry. Any reason, if so?

I have learned that 100% of a writing filled with insult helps no one. If you are upset, provide ways to improve. If you do so, it helps with a calm manner.

It’s actually neither lol it’s literally a discussion with the intention for people to share their thoughts on how things are being handled with their movies especially around the Snyder cut lol not everything is angry or from being irritated it was written in a calm manner because I love DC and support every movie they make because it means a lot to me I went over a lot because for example reasons to share my ideas the exclamations are just used to show anger I guess but I was rather calm for this whole thing as I am interested in hearing other people’s thoughts and ideas on the whole matter.

Not everything is written as a rant just because it’s long and has a lot to say. Instead of using “to show anger” I guess a better phrase to use would be to make you pay attention to what was said, you know how exclamations can be used for numerous occasions not just to show anger. 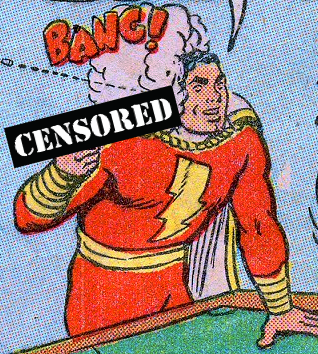 I’m glad to see MoS, BvS, & JL ripped from a DCEU continuity. (I thought all 3 were garbage and not a solid foundation to build a universe from)

They can keep WW, Aquaman & Shazam. Do Batman and Joker movies (since they feel they must). Spend time and resources building other characters. A GL Corps movie. A proper Flash movie. They have infrastructure to build off. It’s just not Snyder’s infrastructure.

As for releasing the Snyder cut. Even if such a cut exists, it certainly never went through all the major cgi, post-production costs. Adding a few extra 100s of millions of dollars wouldn’t have made JL the revenue generator it would have needed to be. They gave one director to much say and to much control and the revenue numbers relative to cost, speak for themselves. In the end it’s about making money and Snyder’s trilogy didn’t make enough profit. Pure and simple. People can shout from the rooftops all they like about how great (or awful) those movies were.

End of the day, dollars don’t lie. The dollars don’t care if the movies were good or schlock. It was the right BUSINESS decision to cut ties with Snyder and let his trilogy fall by the continuity wayside.

It’s inevitable in a franchise so long-reaching that changes will occur with each new generation. There are those of us who sighs wistfully still long for the Burton Batman years, because those are the films that defined our generation. Then other filmmakers came along and cough reinterpreted the series.

Then Nolan came along, then Snyder. It will happen again and again, so say we all.

There are those who love the Snyder films and those who don’t, and the debate will continue on. Everyone is entitled to their own tastes and opinions. Allowing all fans to have their chance at seeing their interpretation of the characters is part of the fun of fandom!

Also, please bear in mind these forums have guidelines about language and aggression. You can find them at yourdcu.com/cmg . Passion and civility can peacefully co-exist. Thank you!

I wouldn’t say it’s broken…Wonder Woman, Aquaman, and Shazam! (*Disclaimer - I haven’t seen Shazam! yet) are turning it around.
I am one of the few that actually liked BvS, BUT it should’ve been divided into two separate movies - each with further development on the story.

If you can remember, Marvel didn’t introduce Thanos until like the 7th movie. So, in theory DC could still introduce a main vilian. I was just recently going through the list of characters on this website to see who it could be. They already introduced Ares and Steppenwolf, but more or less defeated them…I think? Anyway, Brainiac could potentially be the ultimate bad guy that the Justice league fight. Slowly introduce him in the solo movies…
As far as Suicide Squad goes, I think most actors are returning except Will Smith. They could easily write him out and somehow say he’s on hiatus or another top secret mission…of course doing that would require DC/WB persuading Will to come back in the future. But even then look at the Hulk, who changed actors and it wasn’t really that bad…I’d say made it better.
I personally think DC/WB should keep going with the story arch (there currently isn’t a huge one yet, but the foundation is there).

I have no idea why they decided to make a stand alone Joker movie that isn’t apart of this DCEU. That just confuses the story and the audience. I think this is a mistake.

Also, they need to figure out the characters…who they are…and stick with it.

One more side comment - I’m okay with Pattison. He can bulk up…look at Chris Pratt.

I agree with y’all. It’s upsetting that we didn’t get it at start but I am excited for the change. It’s just a discussion not arguing about including Snyder just alternate ways this could have gone. Those who see Snyder cut and think that’s all I’m talking about it’s not it’s all of it so thanks to those who actually shared. Believe me I’m not against their plans on fixing the universe I want the DC universe I’ve been waiting for. I want joker to be on the screen with Batman in a true form. I live for that day.

I except all interpretations but I guess alot of you think this discussion is something else n that’s upsetting . If u have a “opposing views on the Snyder cut” I guess you won’t be able to just talk normally. I’m not praising what he did just saying how it should be shared along with other news on the world of DC but a lot of you think I’m being aggressive

I don’t get it I except all view points and I’m not a Zack fanboy I would just like to see what he had in mind instead of all the mess that came from the reshoots messing up even more story wise. Supergirl save us all. Bye.

I had a difficult time reading your prose until there were more posts. There have been a few threads that discuss the Snyder Cut including the differences with Whedon’s version. I think that Ben Affleck has been the most comic book accurate version. While Christian Bale displayed the realism of Batman, Ben Affleck’s version had the darkness, horror, and agility shown in the comics. The best example is the warehouse scene in BvS.
I did not like Suicide Squad nor Justice League. And the more I watch Superman (1978), the more I dislike Man of Steel.
I thoroughly enjoyed Aquaman and Wonder Woman and Shazam were alright.
I think it is difficult to say what is necessary to make a good film. Critics can say one thing about a movie while the audience says the opposite; different people both those who have a role in creating the film and those who view the film may have different backgrounds and experiences; or the film was not either available or if interest to those who would enjoy it.
The great thing about content being made is that this has been done for decades, so with every new interpretation, at least one should be able to resonate with audiences.

Trust me when he snapped Zodds neck I was f@#_ing shocked and was just left in awe because of how they made it happen but was also like. He would flew up n knocked him out

like the comics. N with the stand alone joker I was surprised with their choice as bruce was a child. It makes me hope they dabble in the three joker theory but then again a Scorsese style joker movie was music to my ears. Also excited that they made word on creating popular stories with no connection to their main universe. They have alot of fun ideas in comics and alternate realities and takes so it’d be cool to see a movie on them like how we see the animations. One could hope for the announcement of that day.

Suicide Squad is still one of my favorite DC movies. Nobody can ever take that away from me.

All of the movies are written, cast, and directed in completely different ways. What I find humorous is that my mother (long since retired) loves Suicide Squad as well. And she may be older than anyone on here.

The Snyder Cut exists and is finished. Snyder and others have said as much.

@jvfann
I’m not surprised that someone of your mom’s generation would really like Suicide Squad. I think older generations can appreciate that SS was action, drama, risqué and irreverent, all at once. All things that movies sometimes/often were back in the 40-60s.

Suicide Squad resonated with audiences because it had elements that were serious, but it never took itself to seriously.

Personally, I take everything Mr. Snyder says with a grain of salt (the size of freakin Cleveland).

If there was money to be made by releasing it, I doubt WB would let that steaming pile of cash just sit around and go unclaimed.

I’ve learned that humans don’t like to admit when they make a mistake. This could have influenced WB’s decision.

Justice League was a dumpster fire adding in a bunch of deleted scenes isn’t going to make it a better movie. Just look at the Ultimate edition to BVS. In my travels of this planet I’ve only encountered two movies where the directors cut was actually an improvement of the theatrical cut: Blade Runner and Daredevil