Titans Rewatch WAL is over and now we are starting the next chapter… We are going to start watching YOUNG JUSTICE!! 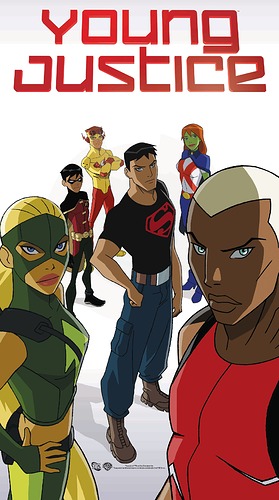 @DC-TV-And-Movie-Club is hosting a watch-along of the animated series “Young Justice”. This will take place every single WEDNESDAY at 9 PM EST. This will be hosted by @CassTheStreet. At 9 PM EST we will continue with the next episode in the series from where we left off the week before. We will be watching two episodes per week, as they are roughly 22ish minutes a piece.

Here is how you can join in:

WHO: You!
WHAT: Young Justice can be found on HBO MAX. This does mean that you will need to have an HBO Max subscription to participate in the WAL or have the episodes available through DVD or other means.
WHERE: We will be doing the discussion portion of the Watch Along Below!
WHEN: Starting on January 4, 2023 at 9 PM EST.
WHY: To watch the Young Justice animated show together as a community! Feel free to join into watch-along at any particular moment. If you like a particular episode, but don’t want to commit to the entire run, feel free to join in on that particular week. Just pay attention to my post about what the season, episode, and title we are on is each week. Again, we will watch 2 episodes per week starting at 9 PM EST, until we have watched all the currently available episodes.
HOW: Great question–read below!

I really hope to see some of you here on Wednesday nights. I have never watched Young Justice, so this will be a first time viewing for me. I enjoy greatly getting to watching these shows and movies with the community, as it gets me to actually take the time to get through them. We have closed out the “Titans” WAL for now (until the rest of season 4 airs), so this is our next great thing. I am definitely looking forward to continuing the Wednesday night tradition here in the community.

“Hello, Megan!”, I will join-in on this as time allows, as I loves me some Young Justice, especially season 2.

Tonight starts the fun! We will watch Season 1 episodes 1 and 2 tonight at 9 PM EST.

So excited for you guys to watch this. Young Justice is by far one of my favorite shows. I watch it at least twice a year, sometimes more!

I’ll be here, but likely just for the first episode, as I’ll have dinner going in the hopper (“kitchen”), then.

I thought the proceedings began an hour earlier than they actually do, and that I would be late.

Turns out, I made it and with time to spare!

Got mine set at the WB Logo.

Let me queue up the WB

I got it qued up here as well at the WB logo! Glad you could join in @Vroom, @AlexCarr, and @flashlites!!

Ready and raring to go for episode 1!

@CassTheStreet what type of commentary are you looking for? I’ve not done this before but this is my favorite tv series and I really would love sharing all of the easter eggs I’ve picked up over the years of watching it over and over again. But you haven’t seen it before so should I just blur everything as spoilers (except of course the non spoilers)?

I have never seen any of these episodes, so I am looking forward to seeing them.

@the_Rubber_Bandit, I don’t personally mind spoilers at all. It is fine with me. I am very much someone that doesn’t care because I still want to see it. Sometimes makes me even more excited.

Same, I’ve seen this show more times than I can count.

What I do is don’t share anything that can happen, but feel free to point out an Easter egg when it’s on screen.

I also will give a trigger warning before violence. Thankfully this show isn’t horrible on that and not till later seasons.