Today’s Question: The Olympian gods gave Diana powers she possesses as Wonder Woman. Who among these gods did not bestow Diana with a gift that sets her apart from her other amazon sisters?

Answer will be revealed in 2-3 hours 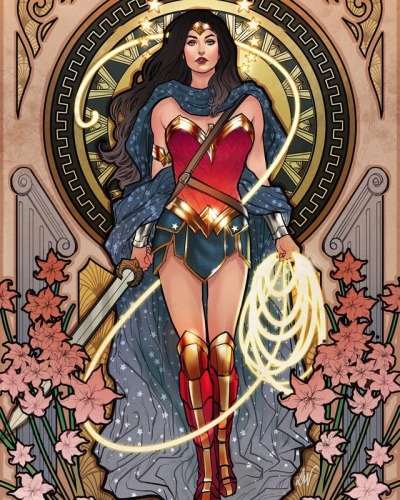 In the original molded front clay continuity, Hades is one of them.

Hesta, Dionysus, Demeter (implied, in most, if not all continuities), Poseidon & Hestia, and Tyche.

It can be argued that Hesta/Hestia actually took away something from Diana that other Amazon’s possess.

The answer was: Apollo

Too busy hanging out with The Midnighter

Apollo is the most egocentric of the pantheon.

I wanna know what she got from Tyche.