I dig Walgreens, but they hang onto stuff for a while. They still have Star Wars: The Black Series figures from 2015 and '16, along with old Marvel Legends.

Oh wow! Yeah besides that initial boom in sales from SW:TFA, toy sales didn’t seem to go as they had planed. Which is really sad b/c those other 2 movies were so good.

Walgreens is carrying more toys right now, due to Christmas. I believe they’ve got some Imaginext Super Friends two-packs, along with Multiverse.

Googled those Super Friends but didn’t see any

I got enough room for maybe 2 more statues with my limited space right now though. I would have to buy new shelves/bookcase if I got anymore figures and then would have to figure out were the heck I would put it

When I was really little my Uncle J.E. had an old Montgomery Ward catalogue with several pages worth of Batman toys. I am not sure what year this catalogue was, but it must have been 1966 or 1967 as the toys were all clearly inspired by the TV show. I remember looking through it and thinking everything was so cool.

I tried finding some pictures of an old Montgomery Ward catalogue, but I could only find one and it’s not very big. This is from the 1966 catalogue. 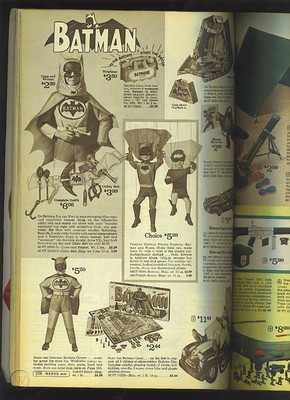 That utility belt is pretty sweet!

Googled those Super Friends but didn’t see any

Google “Imaginext DC Super Friends”. The line’s been in production since 2008, so there’s plenty of product out there.

I dig the Batcave playset in the top right portion of that page. I believe that was made by Ideal, and came with pre-posed mini-figures of Batman, Robin and some villains. 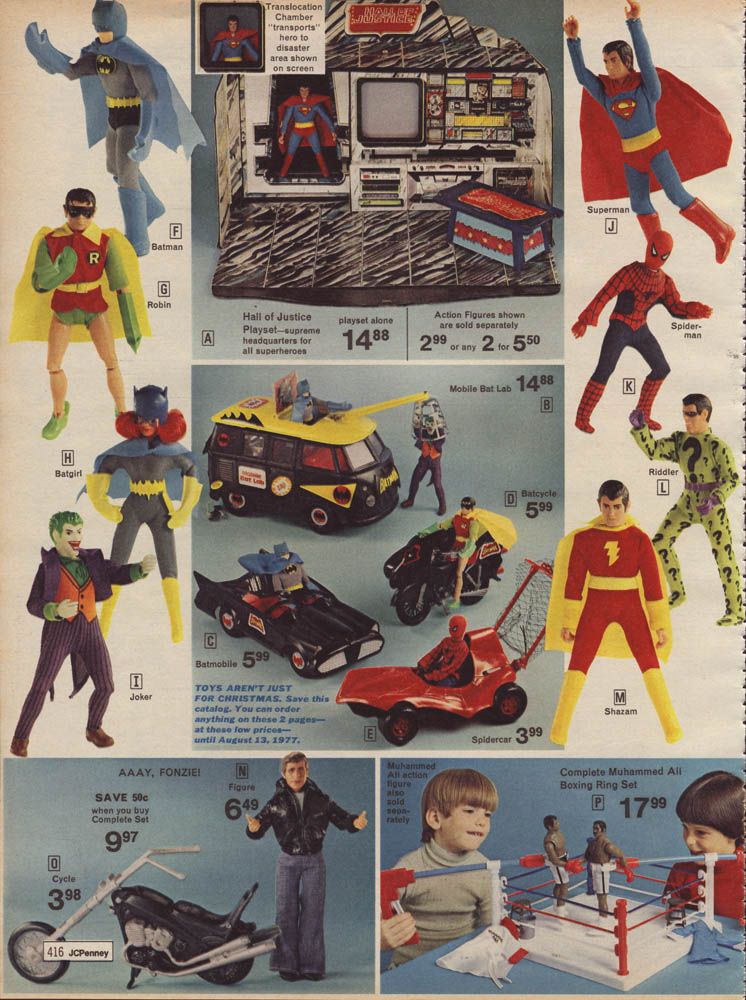 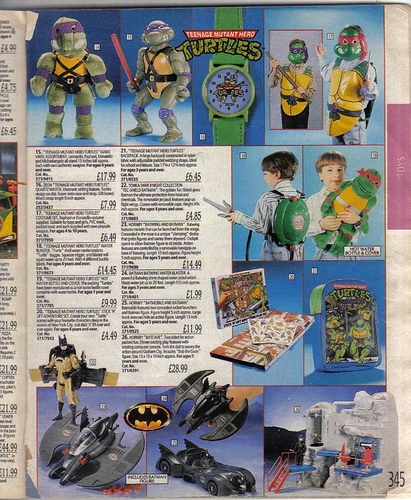 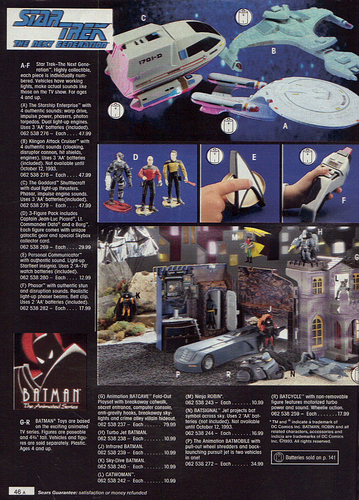 Fun Fact: The Captain Picard figure in the above is a kit-bashed prototype. He has the legs from the 1992 TNG series 1 Picard (note the pants are tucked into his boots) but the upper torso is from another figure, as Playmates didn’t release a regular, season 3 and on uniform Picard until 1994.

DC-related Fun Fact: Robin (item M) is listed as “Ninja Robin”, when the figure shown is the regular Robin from series 1 of BTAS. I wonder if Kenner sent Sears the wrong figure for photography, and kids actually did get Ninja Robin, or if kids got the series 1 Robin shown in the photo. 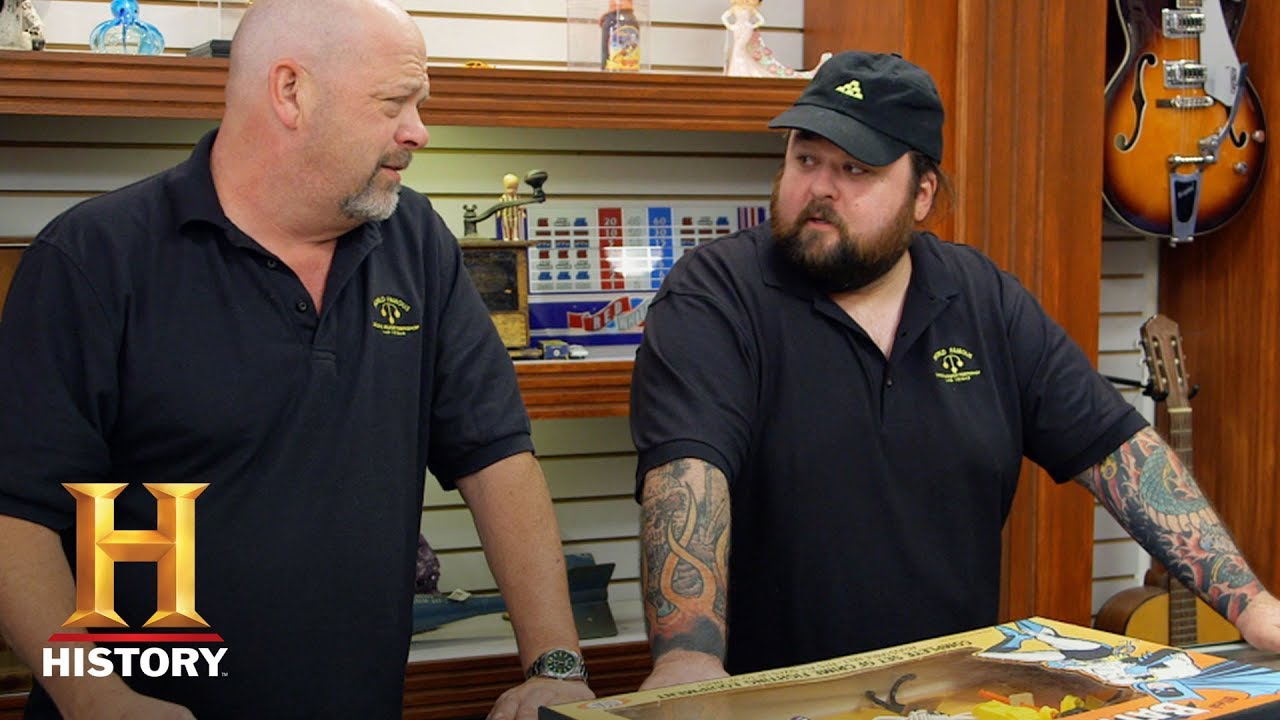 I had so many of the old Mego action figures!

I hope you’re not part of the “My mom threw it out.” group.

Moms rock, but throwing out toys is just wrong.

Mego! I remember having the Fonz and Spider-Man.

Speaking of Mego, here’s a few from the 1974 Montgomery Ward’s catalog: 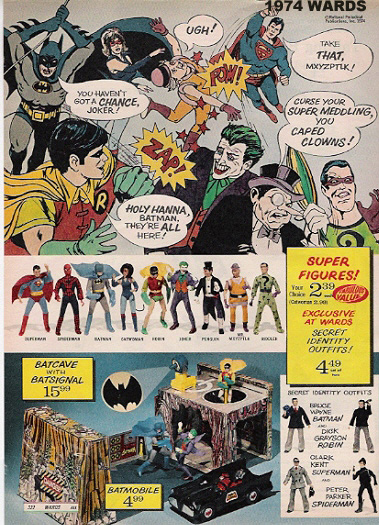 Via kennercollector.com, this is from Kenner’s Toy Fair 1993 catalog (yes, it’s not Christmas, but it’s a catalog all the same 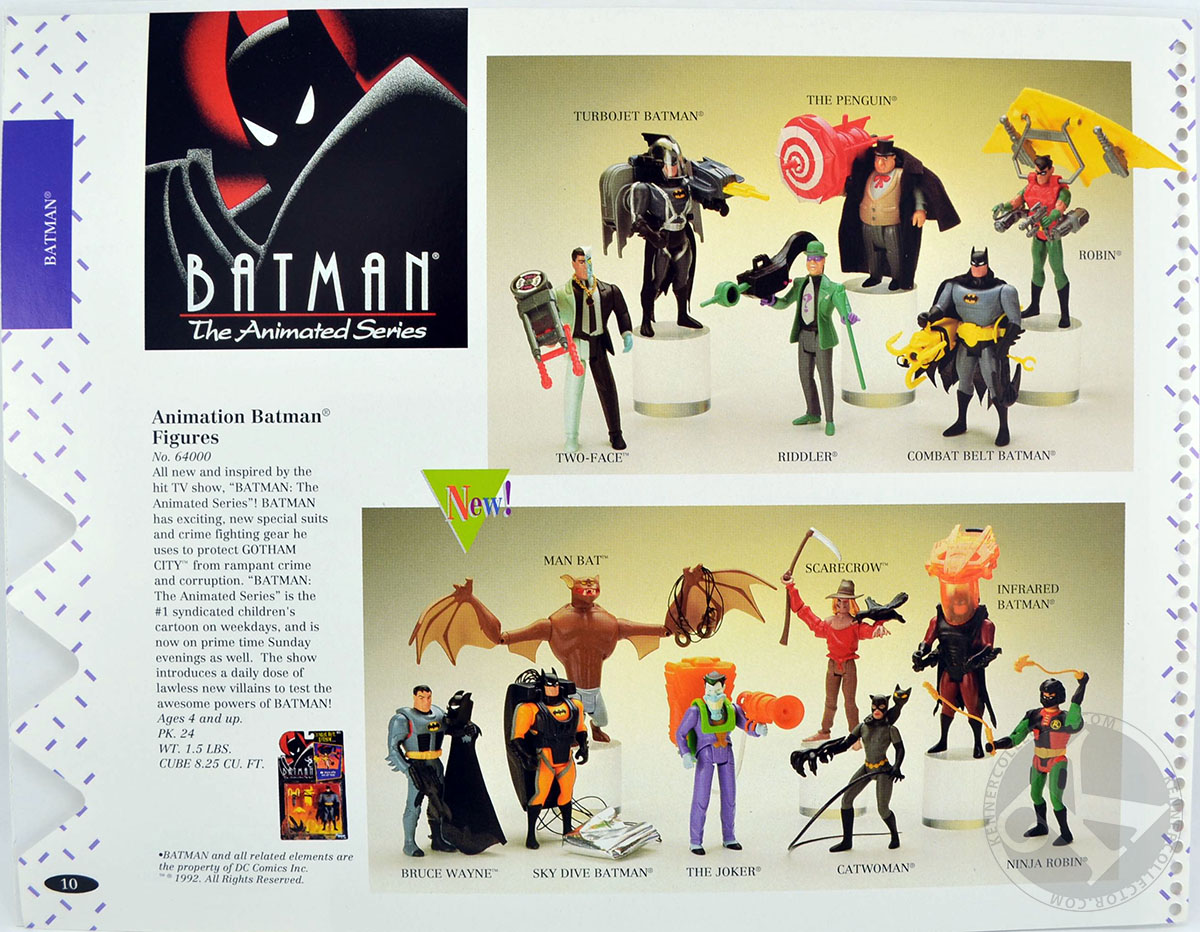 From a French catalog: 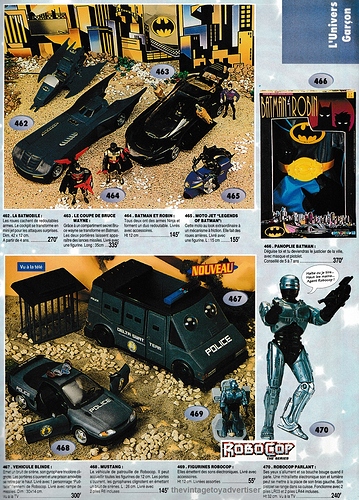 Interesting that 1992’s Custom Street Coupe from the Batman Returns line (item 463) was mixed in with BTAS toys from 1994. They must not have had the BTAS refresh of that vehicle. 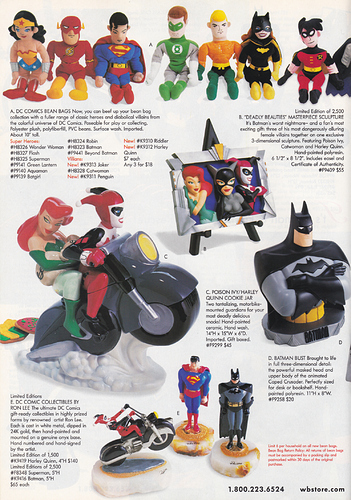 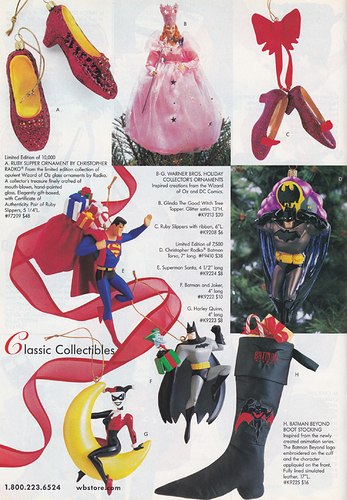 I’m fortunate in that my mom never threw out toys. I have most of my old Mego figures. Some of them aren’t in good shape, but I have them!

Three cheers for your mom, along with you having your Megos!

I used to stare at those first two images all the time, hoping to snag the ones I didn’t have!

In the second image, it still blows my mind that you could get Cyborg and Plastic Man, together, for $10.

Just a note that