Tryin to think what Hero or Villian Johnny Depp could play out of the DC universe or multiverse in the movies.

Maybe “Johnny Depp” would be a great “Raʼs al Ghul” the next head villain in the Patterson Batman Movies.

Anyone else have any ideas what Johnny Depp could play in the DC universe a hero or a villain for a movie coming out or maybe one that isn’t and it would be a good idea ?

I think DC universe could probably get Johnny Depp at a reasonable price especially for his great acting.

Or (unpopular opinion) Joker. Have you seen the jar of dirt clip?

Actually that’s a really good idea. I don’t know how I didn’t think of “The Joker” that is someone Johnny Depp could play great. Maybe I didn’t think of him because they teased him in the Batman Paterson movie with the Riddler and my sub conscience might have thought they were going to use the joker from the Snyder cut justice league. But I think Johnny Depp would make a better Joker, good idea ! Also no I have not seen what you mentioned but maybe I will try to search for it or see if it’s on YouTube.

I just saw the Johnny Depp “ I got a jar of dirt” clip funny LOL !

He should play Scavenger (Peter Mortimer).

Scavenger is a good Choice too. On top of the others. Johnny Depp could probably do John Constantine, Vandal Savage, Rip Hunter, Ted Kord (Blue beetle 2) Owlman (Watchmen) The Comedian (Watchmen) and El Diablo (Rafael Sandoval) 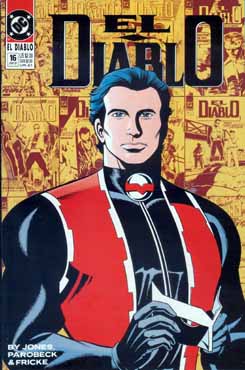 Something like that could totally happen, since the resulting publicity could only be good for the box office. As to who he could play, Ras Al Ghul could be interesting. Maybe he could play Ras similar to the way he is depicted in DC Superhero Girls, as a hypnotic rock star.

Johnny Depp should just be left out of DC and any major picture for a while. Go indie

Do what Robert did before he became Batman and stared in that Christopher Nolan movie.

I don’t want to see Johnny Depp in a movie again. He won a defamation lawsuit in court, but he’s still a proven domestic abuser.

And Colin Farrell already has claimed the old, fat scumbag schtick in landing the part of Penguin

I think that was the writing, directing and producing which didn’t give Johnny much creative freedom to do the character right. Similar to Ryan Reynolds and Green Lantern. I don’t think you could’ve picked anybody better at the time to play Hal just the writing and directing sucked. Why get someone that does more serious movies and has never done a super hero movie to do some thing as hard and complex as green lantern you already have a lot of problems with special effects and how they will work.

Just saw this and it reminded me of this thread! 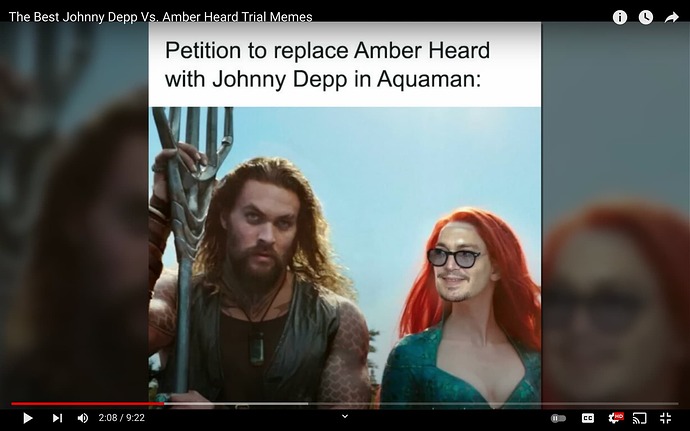 Actually that’s a really good idea. I don’t know how I didn’t think of “The Joker” that is someone Johnny Depp could play great.

Ewwww! And I just ate, too.

I don’t want to see Johnny Depp in a movie again. He won a defamation lawsuit in court, but he’s still a proven domestic abuser.