all of the goodwill Christopher Nolan’s Batman movies Built up is gone. Shazam… The joker… And birds of prey are all bragging about how Small their budgets are with each one getting even cheaper than the one before it.

Marvel Disney isn’t going to screw around when their streaming service starts. They are going to throw money at it and only charge 7.99. Most if not all of the MCU Movies will be available. And you know they will line up PlayStation and Xbox at the very start. The live action Star Wars TV show the live action marvel TV shows are going to have movie caliber production teams behind them. And all of this for $7.99.

The cancellation of Swamp Thing will be seen as the harbinger of when DC decided to go low budget vs Disney.

I’m to the point I hope ATT sells DC to Apple or Microsoft or even (gasp) Marvel/Disney. ATT ruined Direct Tv and now DC is getting gutted.

People worship Nolan for butchering characters like Joker and Bane, it’s the acting you like but every Batman movie has it’a pros and cons. I wish Nolan fanboys would be honest here.

And naw, I disagree. Marvel and Disney already screwed up BEFORE they even got their own streaming service platform. Did you see what happened with Netflix and Hulu? They cancelled a bunch of shows only to renew most of then a year and a half to two years later only after the wide success of Endgame. If that’s not a publicity stunt, tell me how it isn’t.

If Disney/Marvel already screwed things over with their feanchises on other platforms, what can you say that will convince us that they won’t even more on their own platform when the time comes. The answer is “No.” They don’t care about their fans anymore than DC and I’d wager than DC cares more despite how unhappy fans are with how changes are made within the DCU (which doesn’t matter as it’s biased and hypocrtical anyway).

DC is going to learn from this and move on. I highly doubt they’ll make the same mistake of overspending but at least they didn’t pull a Marvel/Disney on us, then I would say that I could at least understand the negativity of Swamp Thing that much more. I will always trust DC over Marvel/Disney. At least I know DC isn’t intentionally trolling fans and dangling franchises.

Only a handful of MCU movies will be available at launch, right?

Marvel will absolutely canx any show that looses money. It’s insane to think otherwise. Stop living in a fantasy world

Look, DC doesn’t need a big budget to make good stories. Doom Patrol is a fine example. The series is phenomenal, even though I may not be thoroughly convinced of elastiwoman’s slime form. It doesn’t matter, it’s effective because it’s not the main focus. I would go as far to say that Doom Patrol is the most character driven superhero show or movie to date—and I don’t see it being topped for a while.

Totally agree. They cancel Swamp Thing because they don’t get the tax breaks they were expecting. But they didn’t worry about production costs when Snyder was removed and nearly doubled the cost of producing Justice league. WB is just all over the map. And why does cancelling Swamp Thing automatically mean that the entire DC universe service’s future should come into question? Just too much overreaction from WB. I’ve been saying it since BvS and it’s changes from the bigwigs.

I was just saying a few days again that DC needs to be in the hands of Apple or maybe Amazon - a company with deep pockets that will allow DC to work with full autonomy and not be questioned from higher ups on every production.

It’s just a rumour that the service’s future is in doubt. Let’s not let our collective frustration leak and create false narratives.
I do hope that by August when season 1 wraps up, the popularity of the show will force a new season to be made

WB Pictures seems to have made a habit of hiring indie actors for major roles. Perhaps bragging about low budgets is their way of trying to appeal to film critics by implying they are making indie styled movies? ¯_(ツ)_/¯

You are all drinking the Kool-Aid.And… You all know it.

Roberto, (I changed your name to make it sound more exotic)

You ARE the kool-aid… 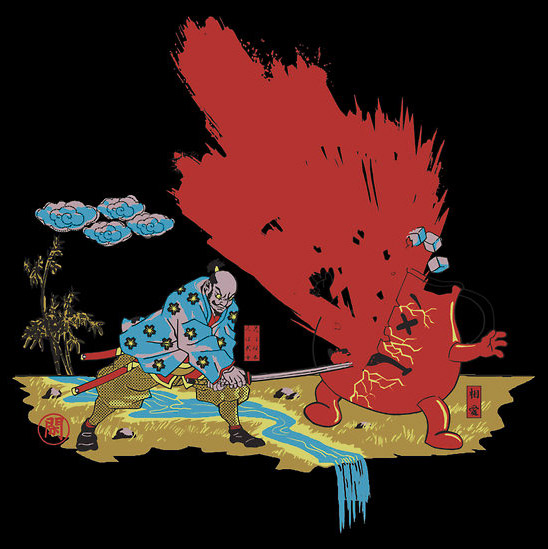 So you have a dream of what Disney will do and that’s your gospel. Whatever helps you sleep at night, I suppose.

I’m glad to see sensible budgets. In order for DCEU to survive, they need a good cost/revenue multiple 4x+ would be ideal. Also something like BoP shouldn’t have a big digital effects budget. Titans, DP, & ST show that practical effects and good writing can be just as effective as digital effects in every frame.

To build a franchise, not everything needs to be a blockbuster. Let them release some 100 - 150 million movies and create characters in that film continuity that don’t break the bank, return a decent profit and continue on.

Comics are a bit less of a two camp medium than previously. But still a 2 camp system. Some folks are soundly in one camp or the other. Some are very much in both. People who need their Batman fix aren’t gonna get that from Disney. Need your Thor fix, not gonna get it on DCU. There is room and fan base for both to subscribe to.

I own the DCU movies I like. I can go without Ant-Man & Wasp, saw it once on that was enough. Loki & Vision/Scarlett Witch I’ll wait on to see if I want to invest in Disney. Because I don’t think Disney is going to launch at 7.99. More like 12.99, I’d estimate.

$80 million for a ten episode streaming show is NOT low budget. The pablum that’s going to be on D+ will all be G to PG rated. After what the mouse has already done to Star Wars, why would anyone be excited to see that? Hit me sir, can I please have another? By the way, Big D is on track to lose $5 to $6 billion in the first decade of D+ operations. They are low-balling the initial price because they desperately need to lock in customers. Any guesses on what it will cost in five years?

I am just one voice, but I hope Disney never gets ahold of DC. Yes there are some incredibly talented people at Disney, and the have done some incredible things at the movies, but I don’t like the idea of Batman being disneyfied. Don’t know if that’s a word, but I don’t know if I could ever het used to Batman smiling that fake disney smile, cracking jokes just to get a laugh out of the audience, and worst of all, staring back at me from the other side of the blister card with stars in his eyes.

@RobertScorpio so when people present thought out reasons as to why they don’t agree with you, it’s “drinking the kool-aid”? Whatever helps you sleep at night.

. The gist of it is, don’t make any purchasing decisions based on things they haven’t actually delivered yet. I bought DCU on the “Buy a full year and get 3 months free” preview offer, based on a curated selection of comics, DC Daily, and the announced shows we all know about. They never promised a second season of anything, they never even promised specific episode counts. To date, with the expanded comics selection and the quality of the shows, I think they have over-delivered. Would I like to see ST continue? Of course. Am I perturbed that Stargirl has been pushed out beyond my renewal date? Yes. But I don’t think they’ve done anything to merit my leaving the service, and I don’t think it’s “drinking kool-aid” (which, for those who don’t know, refers to a mass suicide) to say that I’m going to enjoy what I have now and if things change in the future so be it.

I’ve often wondered what would happen if Disney bought DC. I think the best play would be separate multiverses so the two didn’t have to intermingle, but you could do fun crossovers.

I think the last thing Disney wants is to buy DC. They would have an effective monopoly on comics. That could bring a tighter focus on them and perhaps force them to split the company up ala the “Baby Bells” situation.

It’s ironic that anyone would want Disney to buy anything.

Sure, Marvel Studios is a gigantic success, but that got underway before The Mouse ever laid a finger on it, through Paramount and Universal first and foremost. Disney did nothing to foster the MCU in its infancy, they just pushed their way in and pulled out their checkbook.

When Disney was announced as buying Marvel, comic book fans all over were upset and praying that they wouldn’t “Disneyfy” the brand.

Disney, a pioneer in animation, was ready to shutter their Feature Animation department until a few years of suckling at Pixar’s teat reminded them of the value of the unit. They did nothing to foster Pixar in its infancy either.

So, really…why would anyone want Disney to buy anything?

I would like to see this secret stash of yours that you don’t budget your own expense.

Why don’t you spend more than what your salary can handle and see how that goes and report back to us.