As long as I can remember. Six Flags theme parks has been partnered with WB for Looney Toons and DC comics attractions. I’ve only been to two but know that each park has their own related attractions.

Six Flags Over Texas in Dallas used to have an awesome batman stunt show but still have batmobiles on display and an employee walking around as batman. It currently has Harley Quinn and Mr. Freeze themed rides.

Six Flags Fiesta Texas in San Antonio is the only I’ve gone to the most. It used to have a cool DC Heroes show and a Joker coaster but now there’s 3 rides for the trinity, which are awesome and considered among the best.

The park itself also has a DC store and a Flash Pass, which takes you in front of the line for every ride. 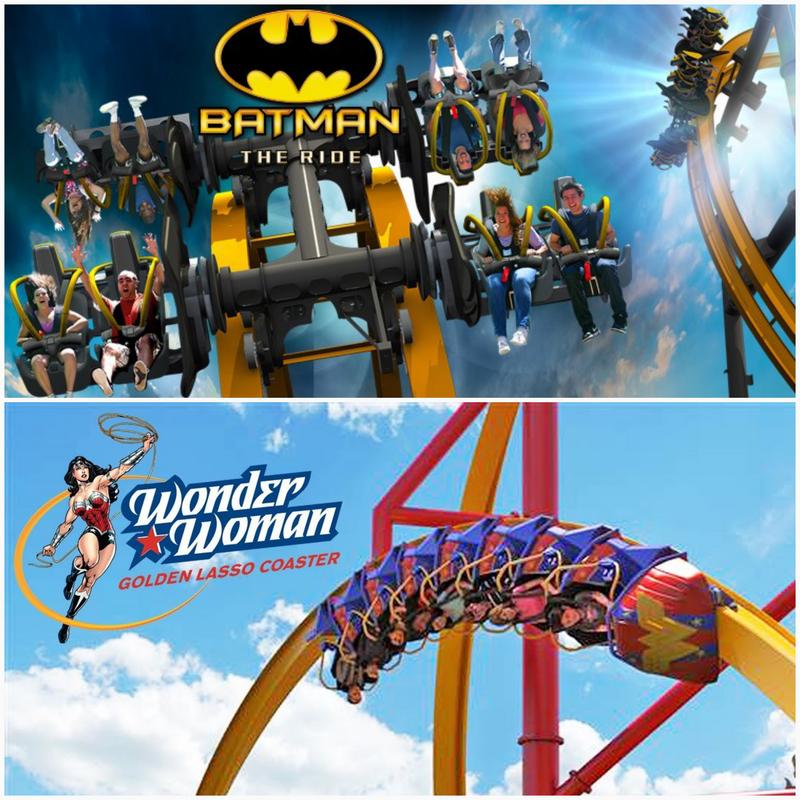 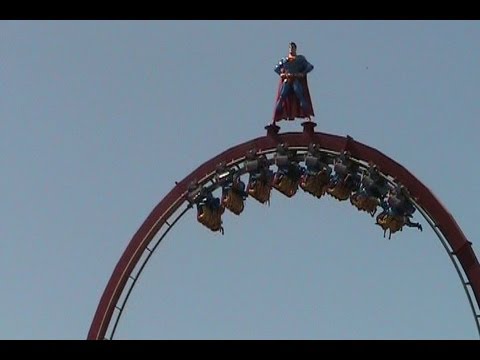 I was at six flags in Houston back in 1992. Remember seeing the batman fireworks show based on the tim Burton movie.

I forgot Houston used to have a Six Flags. A fireworks show sounds cool.

I’ve been to Six Flags Over Georgia and remember Batman stunt shows and both Batman and Superman themed rollercoasters that I’ve ridden there. I haven’t been in quite a few years though so I don’t know if they are still there.

I love the Superman ride 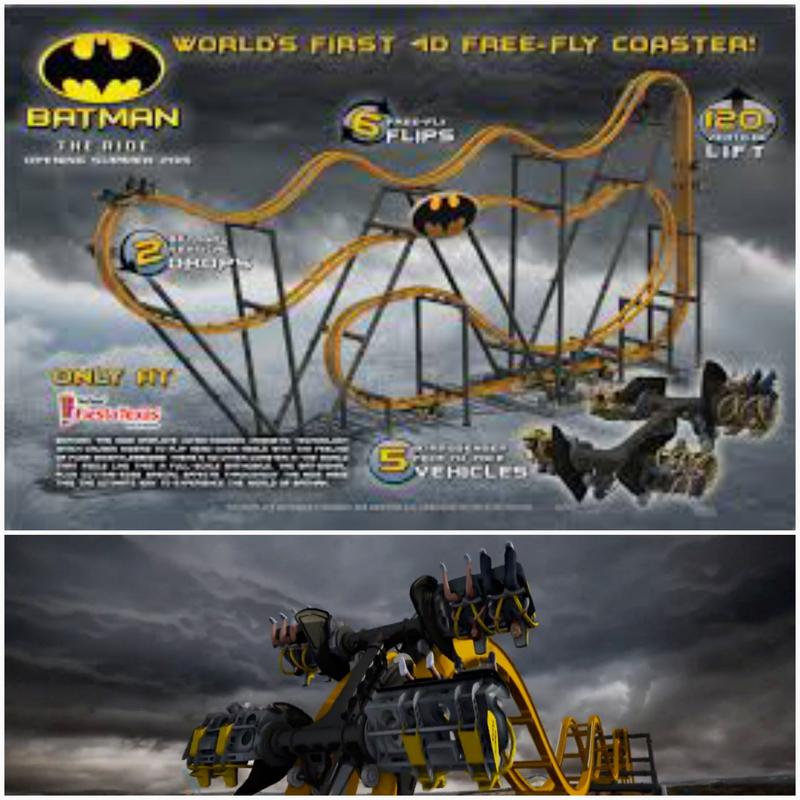 I’ve never been to Six Flags, I’d love to go!

Should check out some youtube videos. There’s many great walkthroughs and full tours.

If you can go to none anytime soon, night as well jist check out videos

I need to go. I’m an hr and a half from Cedar Point, which deserves all the hype it gets and more for being considered the best in the world. But 6 flags opened about 45mins away, so I’m always thinking drive the way extra 30mins & just go to Cedar Point. But I need to get myself to 6 flags. We didn’t have flags anywhere near here, they shut sea world down and replaced it with 6 flags maybe 5-6yrs ago? So, yeah, I need to go. 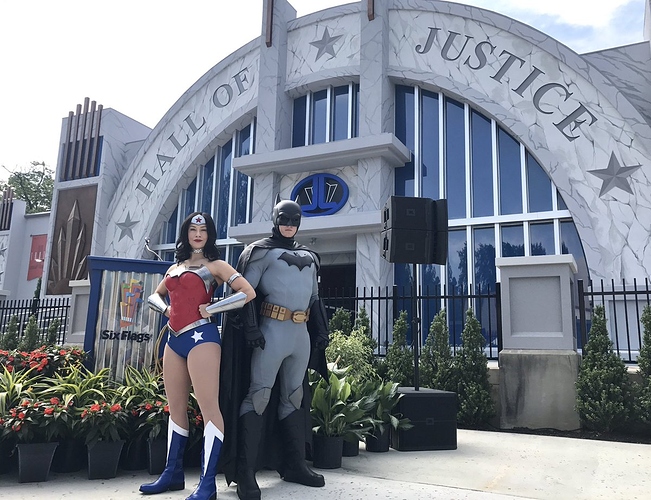 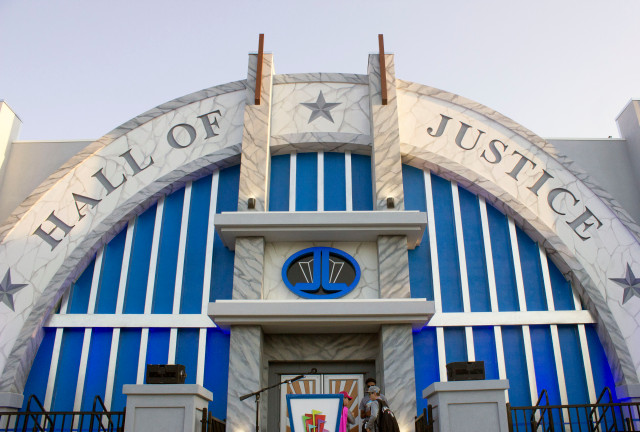 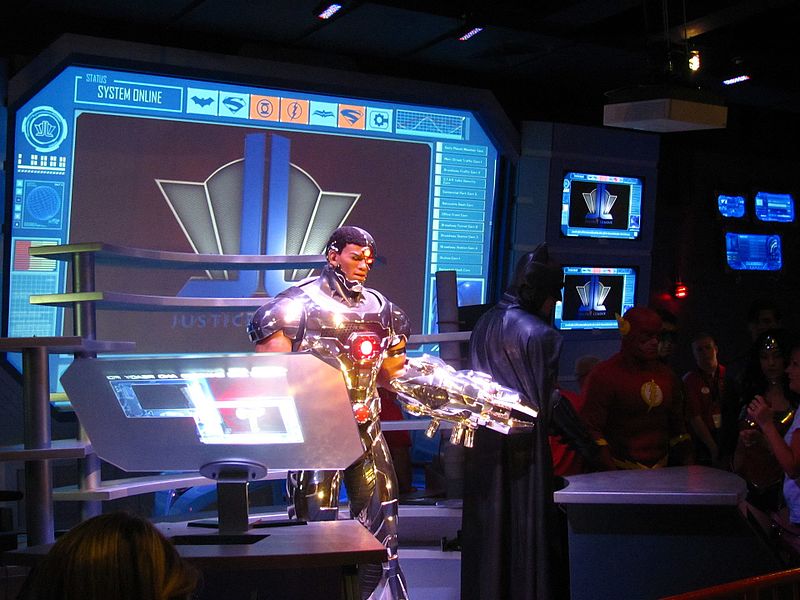 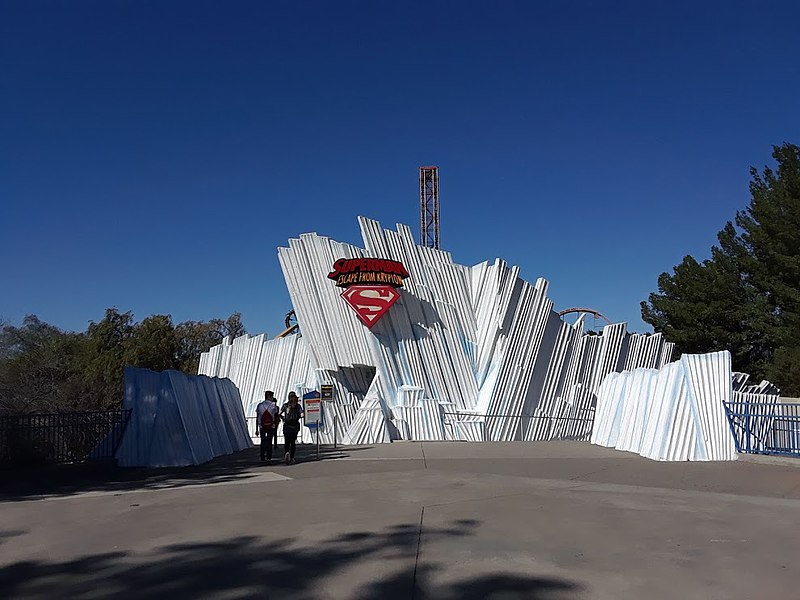 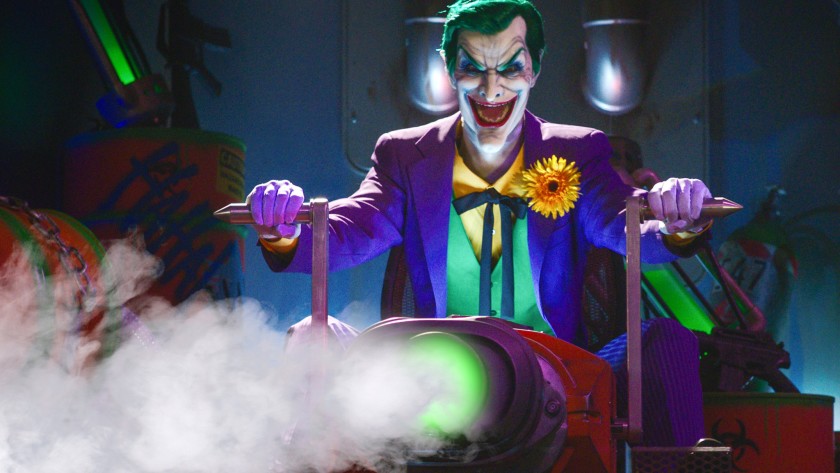 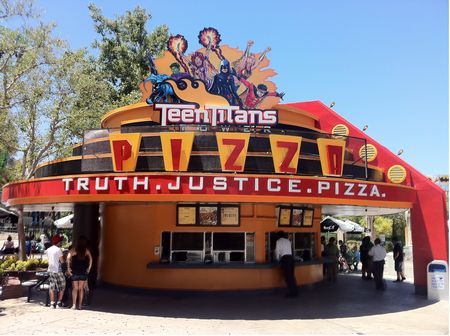 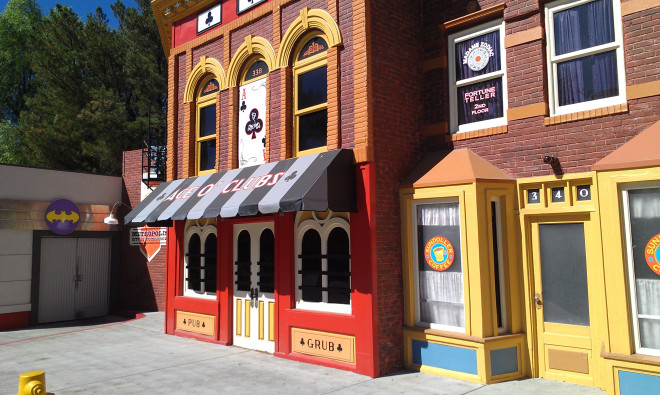 and before its relatively recent DC Universe makeover it was themed like the Burton Batmans! 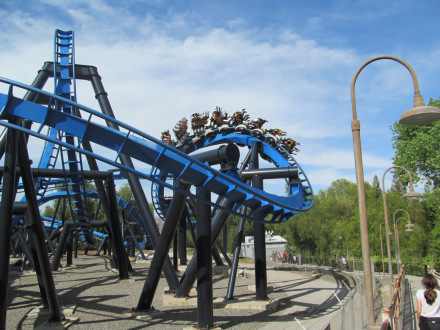 Batman: The Ride comes to California: Part 3 of our Inverted Coaster series

I’ve been to Six Flags Over Georgia and remember Batman stunt shows and both Batman and Superman themed rollercoasters that I’ve ridden there. I haven’t been in quite a few years though so I don’t know if they are still there. 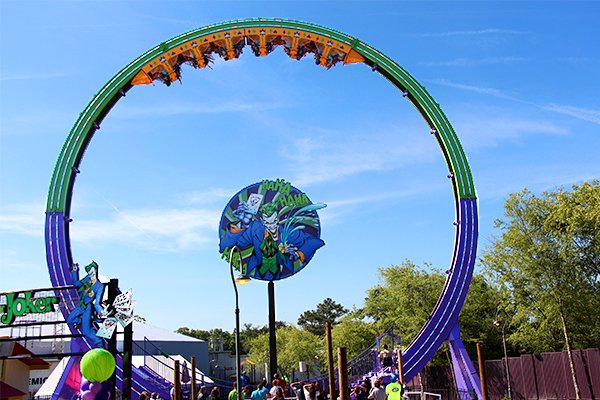 The Joker Chaos Coaster is like a rollercoaster but it’s a complete circle. It goes in both directions (so you’re going backwards at some points), and it will stop at the top so you’re hanging upside down. 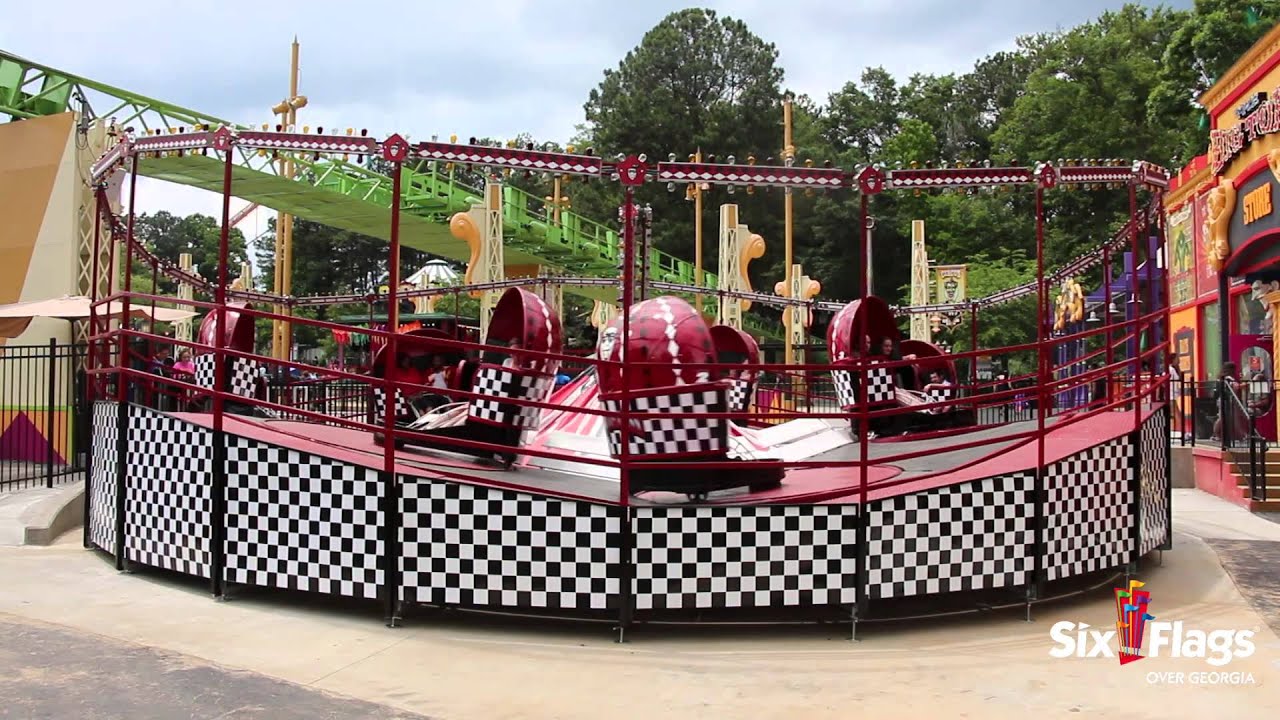 This is Harley Quinn’s Spin Sanity. It’s like the tea cup rides where you sit in a car that spins while the track also spins, except they’re not tea cups (obviously). I think it’s been updated since I last rode it because I don’t remember it being on a platform. 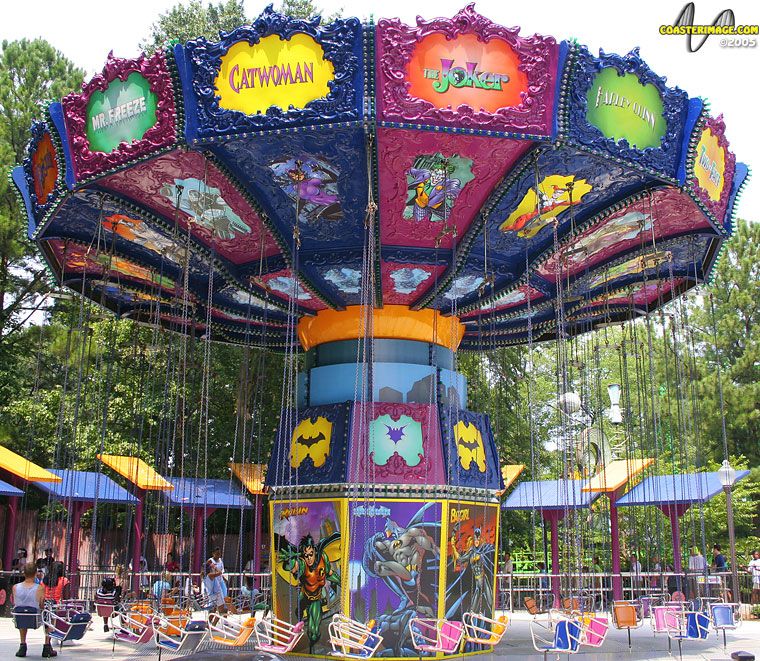 Gotham City’s Crime Wave is just a generic swings ride, but it has a picture of the Batfamily and their gallery of rogues so I love it.

There’s a 4-D Justice League ride that looks just like the Hall of Justice @biff-pow shared above. 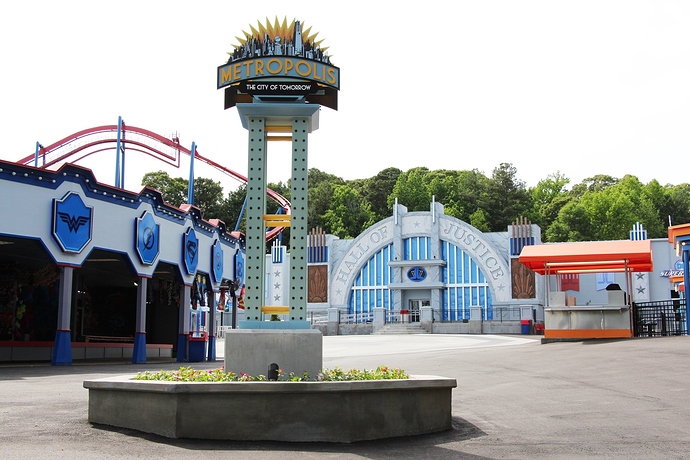 I haven’t been to Six Flags Over Georgia in a while (like 5 years maybe?) so I looked it up and oh my god they have added so many DC Comics rides since I was last there (probably because of the movies). 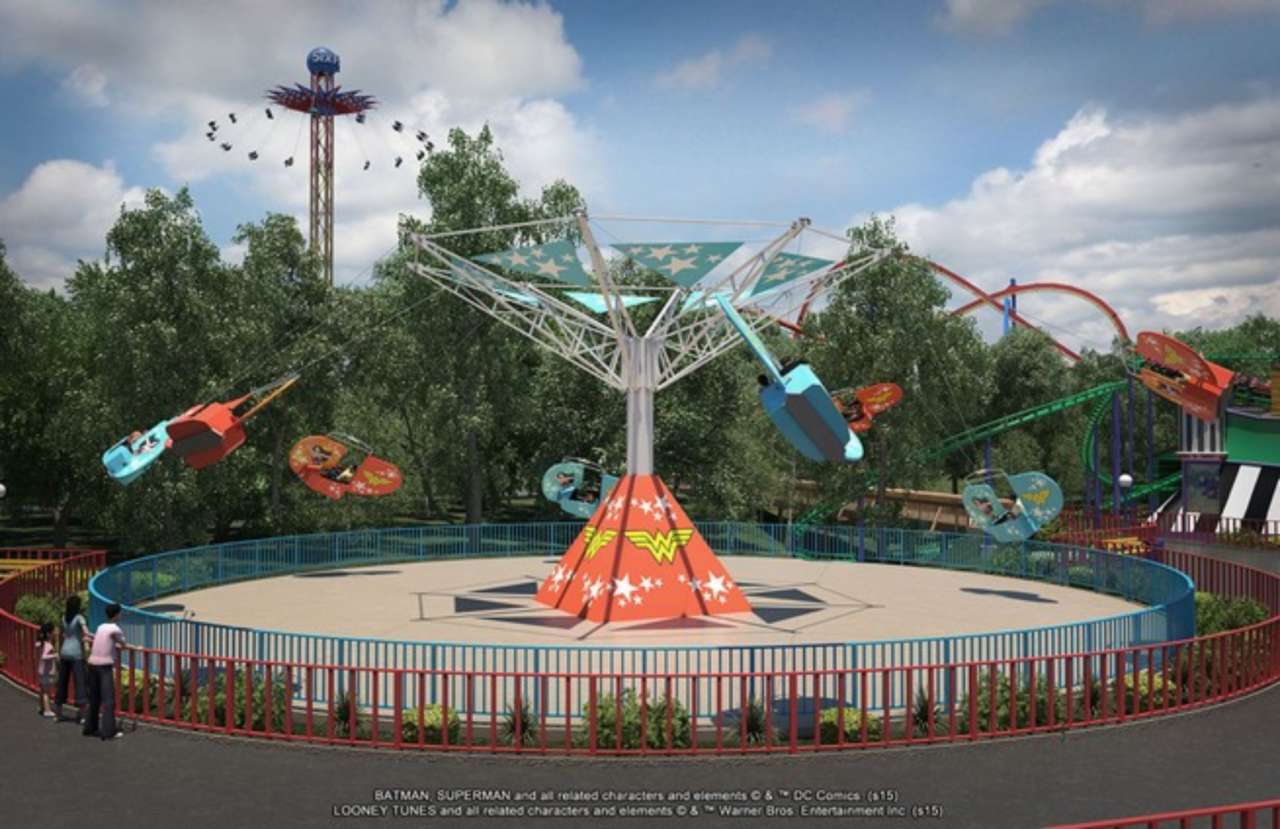 The Mindbender Rollercoaster has always been there but they’ve changed the name to The Riddler Mindbender: 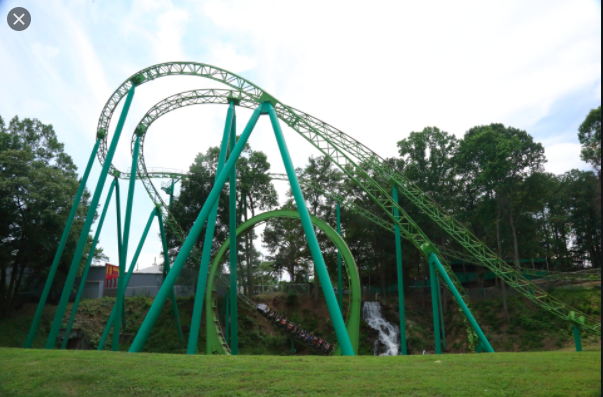 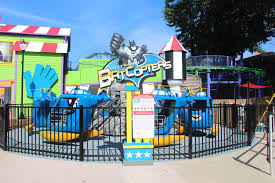 The Joker Funhouse Coaster (which if I remember correctly used to be the Road Runner coaster): 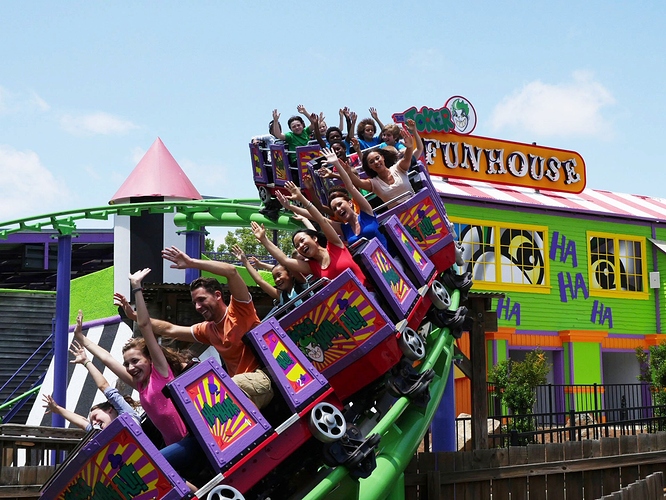 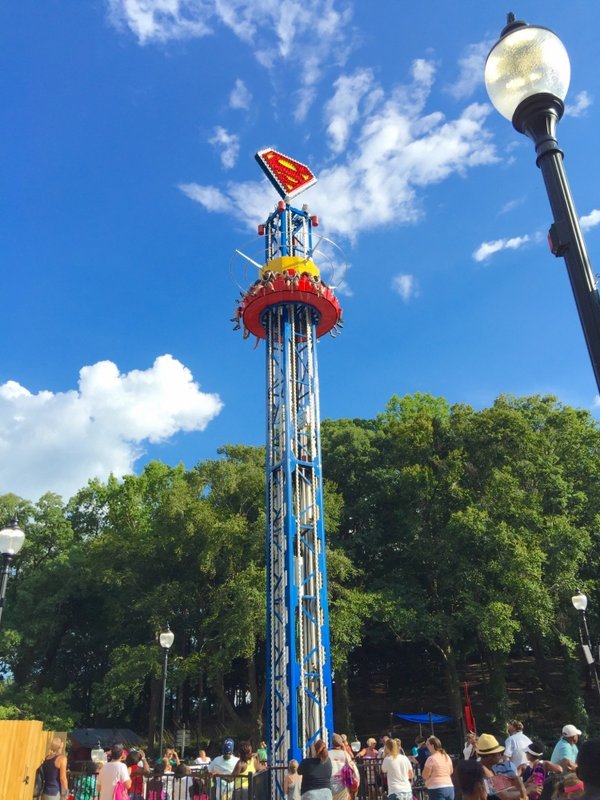 They’re also coming out with two new rides called Catwoman’s Whip, which according to the Six Flags website is “a super-sized wheel spinning horizontally, as a giant arm lifts and tilts the wheel to a vertical position,” and Poison Ivy Toxic Spin, which is described as “a giant center rotating arm that rotates riders in pods as they experience centrifugal force. Pods are spun counter clockwise, while the ride spins in the opposite direction”

Sorry if this got really long. I did not realize how much Six Flags Over Georgia has upgraded their DC Comics stuff. 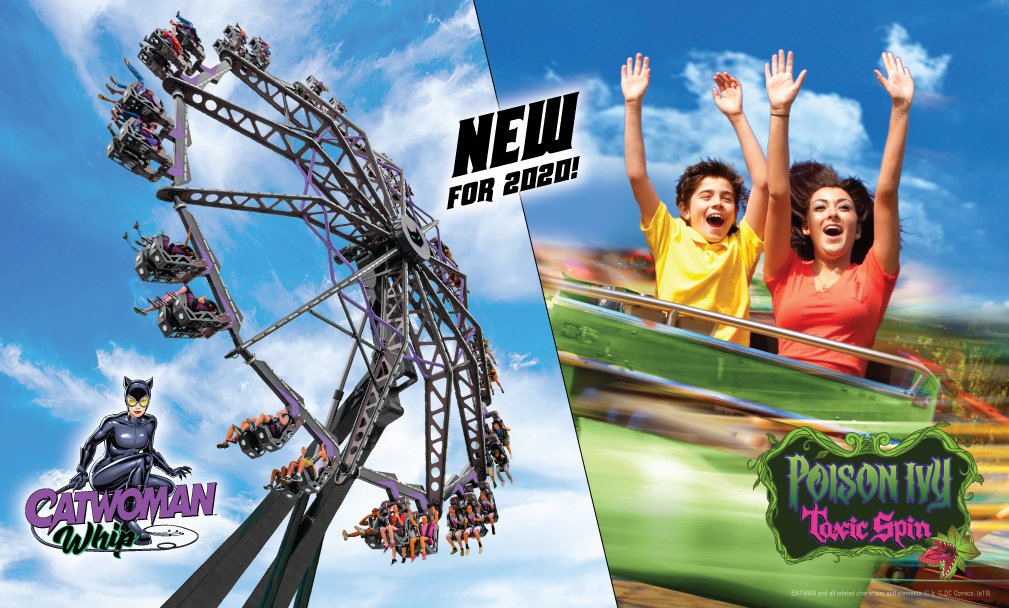 I’ve done most of the DC rides at Six Flags Magic Mountain. I was happy to hear that Supergirl is getting her own ride in New England. Alas I am getting too old for barf-rides so I wont be trying it. 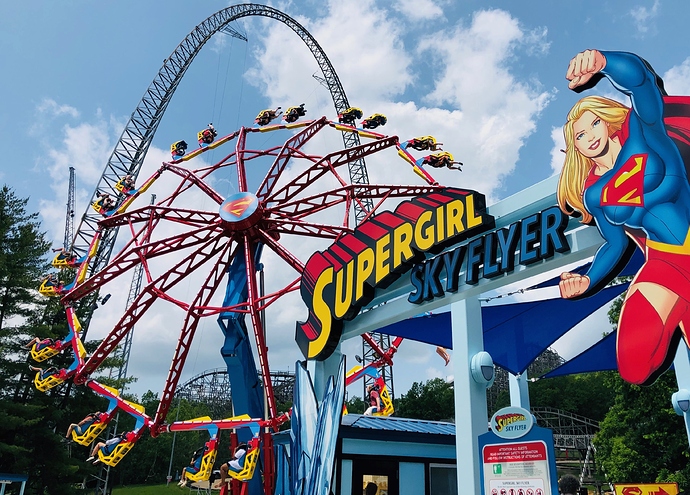 That is a lot of upgrades. I remember riding the swings there but they weren’t DC themed at that time. The mind bender is old, I remember riding it when I was a kid. Makes me wonder if I have any pics of old trips of it around here,

@bloodviolet Yeah I haven’t been in a while so all the new stuff was pretty shocking to me.

So I’ve only been to the one in St Louis they also have a lot of dc rides; Batman the ride coaster, Mr freeze coaster, joker inc, supergirl skyflyer, Superman tower of power, Shazam, battle for metropolis, and a different Catwoman whip that’s in the works. 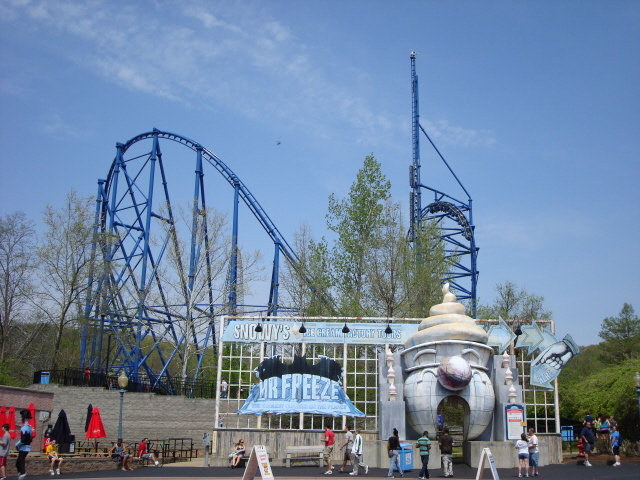 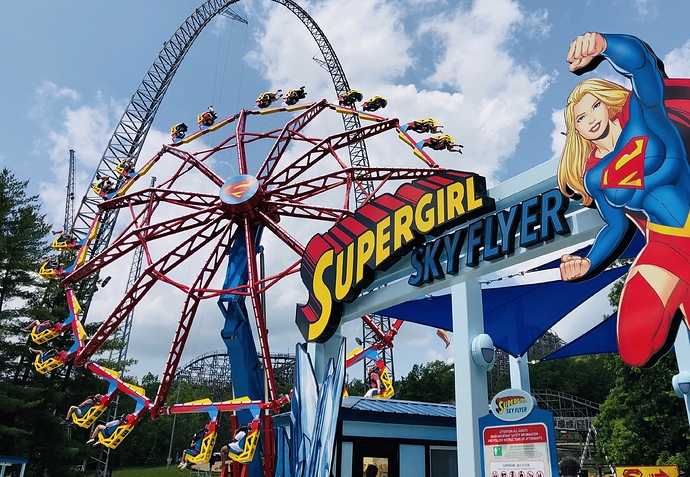 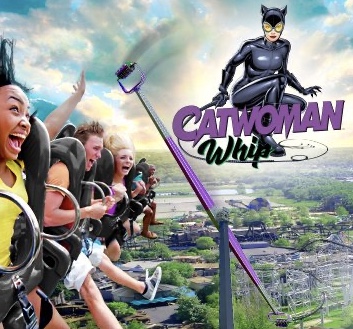 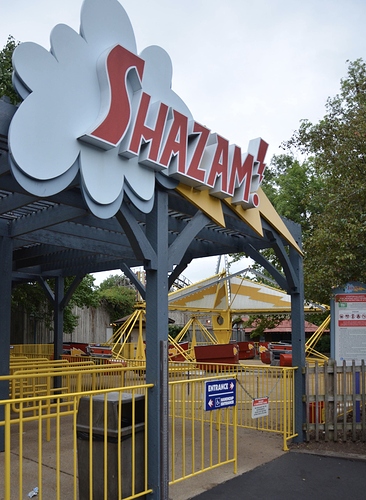 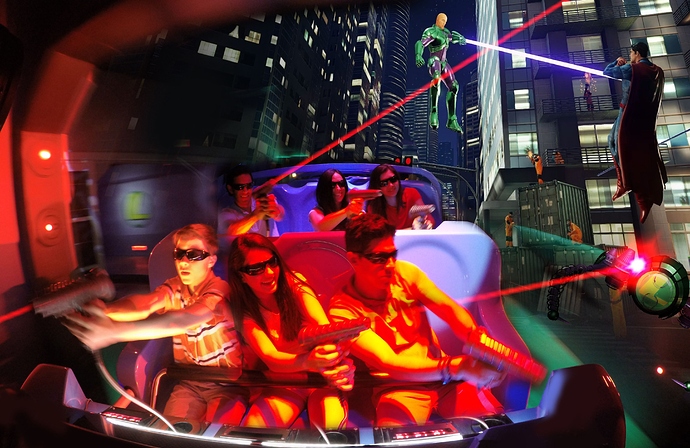 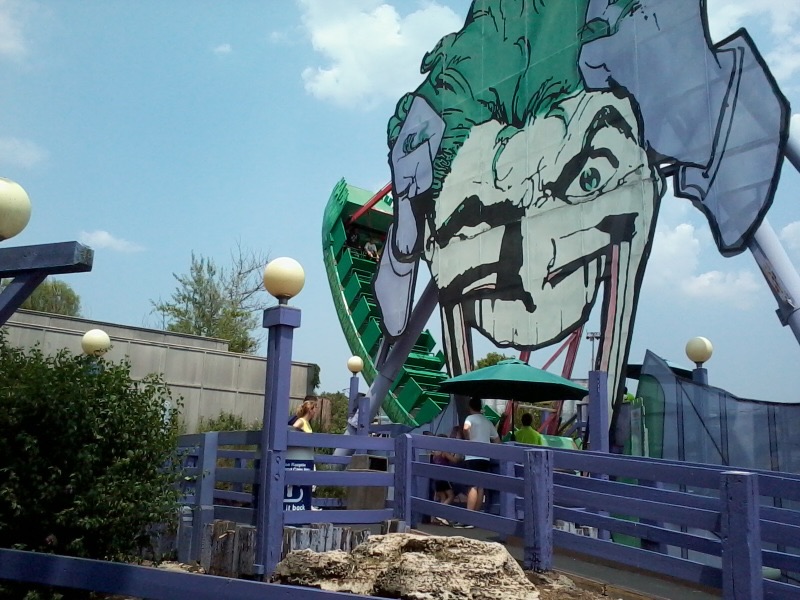 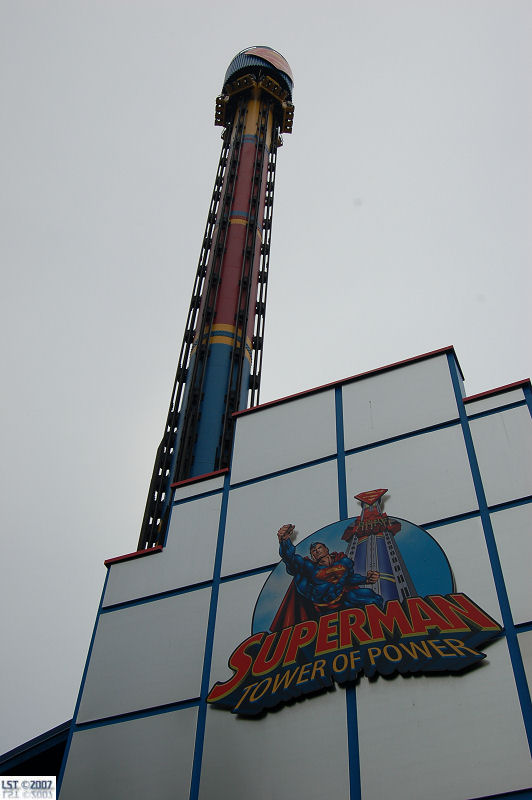