DC RELAUNCH! Is All but Confirmed. THE NEXT ERA BEGINS IN JANUARY! Bendis’s Run Ends! Endless Winter! Death Metal Ends! AND MORE

DC December Solicits are here and I am 95% certain that DC Comics is rebooting in January. This is huge and many big things lead to this belief.

First up Bendis’s run is coming to an end. In Superman #28, Bendis mentions his final story on Superman 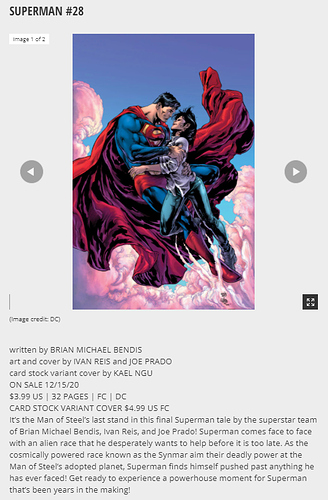 Second, in Action Comics Bendis is tying up plot threads from every story 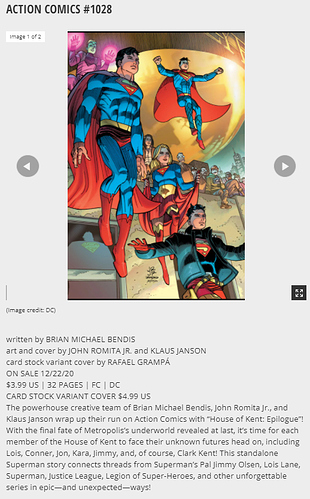 Third, in Legion of Superheroes, the series seems to be ending 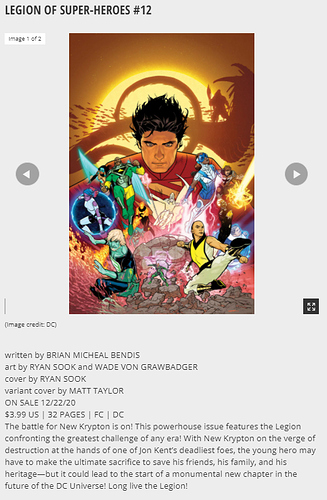 This all but confirms that these are Bendis’s final issues. This is a huge sign by it’s self but some other series are ending/or having major arcs ending that tease the future too, including Batman Beyond, Detective Comics, Death Metal, Red Hood, Wonder Woman, and a couple more.

Number 2) Big Series are coming together

Most of the B tier titles have stories in the upcoming Endless Winter 9 part crossover. A major story like that to release in 1 single week is a big commitment and you rarely see that. On top of this, having stories connect together can often be a sign something big is happening because crossovers are so rare. So when Endless Winter is acting as a bringing together 7 different titles, you have to wonder what is going on.

If you can’t tell, the series seem to have all just ended and are connecting together. On top of that, big events tend to lead into reboots to set up plot points. Ex. Justice League: Darkseid War which wasn’t super significant as a whole, but it set up some plot point and brought stuff together. On top of this Death Metal is ending which is supposed to be an “anti-crisis” and bring continuity back together. If Death Metal is ending on the 5th and it teases
“not one but two mind-blowing epilogues that lead directly into the next phase of the DC Universe” then I think this is all but confirmed. The words “next phase” also imply a MASSIVE shift incoming. Events are often defined by what comes after just as much as the story itself and Death Metal having a lot coming after have HUGE implications for the franchise.

Probably the most significant 2 things that tip everything over the edge is the return of Generations, a series meant to set up the future of DC Comics. While Generations is only 1 issue now as Generations Shattered it comes from a teaser in Detective Comics #1027 which implies significance and will be VERY important if I had to guess. Also in January a new Batman begins to take over with John Ridley’s Luke Fox Batman story.

Now there is one issue with this theory. The Batman Family seems to be kinda normal. After Joker War ended in Novemeber, some of the Batman family have continued in their own corners. However, Detective Comics #1032 teases “The eve of some of the biggest changes ever in Gotham City”, and “Bruce will need to make some tough decisions about the future…” in fact just read the whole blurb

If that doesn’t scream LINE WIDE REBOOT, then I don’t know what will. Now, Tynion’s Batman doesn’t seem to imply much at all except the end of his arc which is interesting. Catwoman doesn’t imply much change at all and may not even be the end of an arc. Red Hood’s current arc was a 2 issue guest writers arc, and that’s all the Batman titles…

Do you think the universe is rebooting? If so, what are your hopes for this reboot? Also, Expect guides in the future on how to get ready now that I know the major setup pieces of the reboot. IT’S ALMOST HERE!!!

It’ll be interesting to see a reboot/relaunch where Batman doesn’t get affected (it doesn’t seem like Tynion’s run is ending). Bendis’ books ending is all great news. He was given way too much before proving that he could write DC books.

It’s important to remember that sometimes writers stay on titles after a reboot happens. Tynion could very likely be one of the writers doing a run cross relaunch although it is somewhat rare. Examples include Geoff Johns on Green Lantern (which was cross timeline wide reboot) and Tomasi on Superman (Superman and Lois into Superman) and a couple of other examples.

I would not be thrilled if it does turn out to be a reboot. The last one was only ten years ago after all - or arguably four.

Superman, yes- those are his final issues.

But he isn’t done with Legion of Superheroes yet.

Rebirth was 2016 and this would be a 2021 relaunch/reboot (we shall see), but I think given the state of the titles right now and given that 5G was supposed to have happened in November, I think it’s all but certain. A relaunch like Rebirth isn’t a bad thing. It takes what was good and keeps that momentum going while adding some new ideas and sets up a great point for new readers. If Rebirth had kept the quality of the first 2 years up until today, I would feel the same way, but frankly the universe and continuity literally don’t make sense and there is no possible way they can work together right now. Also a relaunch will give characters who don’t have a title right now because it was cancelled another chance. I think this is a positive thing.

Has he confirmed this? because the words “Lead to the start of a monumental new chapter” kinda heavily imply RELAUNCH. Now it’s possible he’s going to be on the title for the new #1 that’s incoming, but its also possible this is Bendis’s final issue but that the Legion of Superheroes franchise is continuing.

They wouldn’t let it be his final issue without mentioning it in the description. Whatever new chapter this issue leads to, Bendis will be writing it.

Normally, they don’t always mention final issue. Ex. Most of the New 52 final issues didn’t mention that they were the last issues in the solicits but some implied big changes.

Super Cool! Thanks a Bunch!

They would for Bendis though. Like him or not, he’s a huge name in the business, and his final issue is a big enough deal to mention. They’d be interviewing him about it.

Figured we would have seen Rogol Zaar again and delved into his backstory more before Bendis finished his Superman run.

I’m excited to get someone else on Superman. Have they said who is taking over yet?

Nope. It’s been assumed Bendis was staying for 5G as Jon takes over as Superman, but now I think it’s someone else. I’m wondering if Tomasi has been asked to fix Jon.

I’d be okay with having Tomasi get back on.

I’m just guessing this because he’s only been writing 1 series lately Detective Comics which ends with Damian and Batman (and maybe Jon too).

I have zero comics from DC in my pull list right now compared to every comic during the first-second year of Rebirth so it’s safe to say I want a reboot.

I hope it’s spear-headed by a diverse group that aims to give all characters meaning.

I fear it will be a Tynion/Snyder/King/Taylor/Bendis/Lee creation with 5 years of BAAAAAAATMAN, Superman, Batman, Bruce Wayne, Wonder Woman, The Dark Knight, The caped crusader, Superboy, Batman White, Batman Blue, Batman Green, Batman Evolution, The Bat, The sign formerly known as Batman, A male Flash, Child of the Batman, Lover of the Batman, Another male Flash, Catwoman (And Batman), A book without title (It’s also about Batman), a few other characters with ephemeral titles that support Batman arcs.

I expect… what I fear.

But honestly, just give me a Supergirl book by a writer that can work uninterrupted with letting Kara take her place as a symbol of hope, help and compassion and I will look away from the blatant diversity issues. I’m tired. Let DC have its boys only tree house as long as their arcs doesn’t deconstruct the 2-3 female led titles with character assassinating corruption bs.

Aldo, don’t fast forward the DC universe 30 years and give me President Supergirl and the history of how she was a hero in her younger years explained in a flashback box. Write those adventures first.

Bleeding Cool thinks that Mark Waid is next on Superman 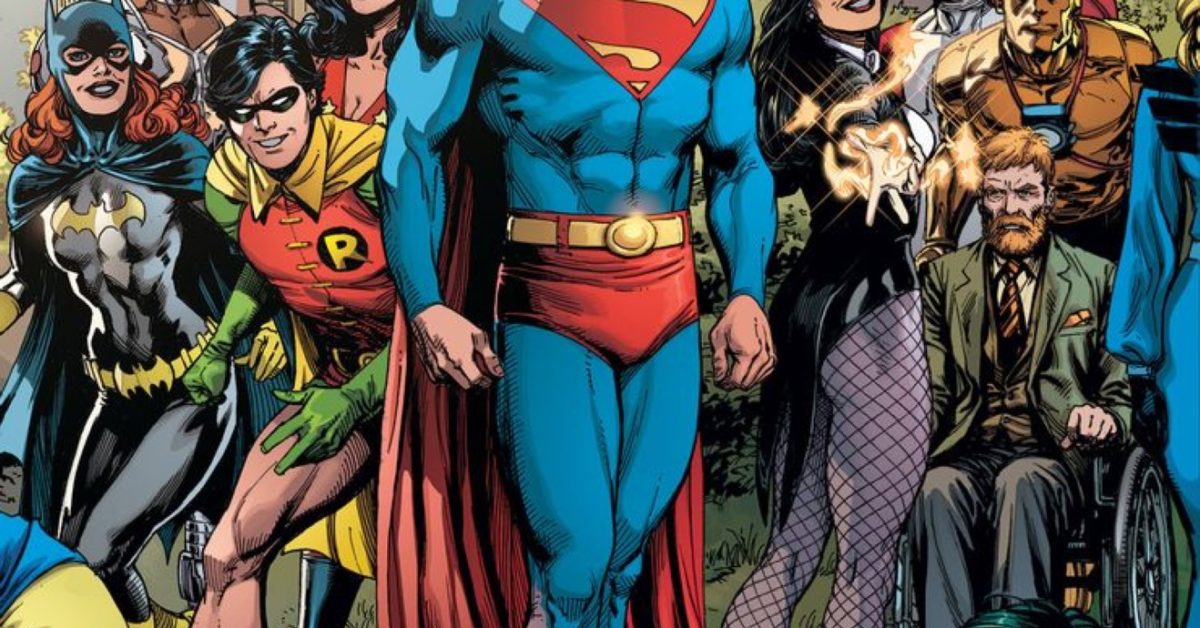 Mark Waid Back At DC Comics - Is He Coming To Superman?

All it took was the departure of publisher Dan DiDio and Editor-In-Chief Bob Harras, but Mark Waid is back at DC Comics in December. We suggested this may

Mark Waid would be a VERY interesting choice because he would write a VERY policital Superman which would be super interesting.