Check out this review for the upcoming DC Prime Batman figure from DC Collectibles.

What do you think? High asking price, but on par with other “premium” offerings from others. I see the armored look being divisive. Not everyone is going to like it, but I personally think the tech look is a good one for Batman. He’s a versatile character that way…many different interpretations work for him. Articulation looks great, so do all the accessories.

The turn off for me is DC Collectibles “lets see what happens approach”. They’ve said in previous cons that they would produce other figures if this one sells. What if it doesn’t? I don’t want to be stuck with a $100 action figure from a discontinued line (especially at that odd scale). If the first wave included more than just Batman (cough…the other big two…cough), I would have been more excited. Will be a “wait & see” from me. How about other collectors on here? Curious to hear your thoughts. 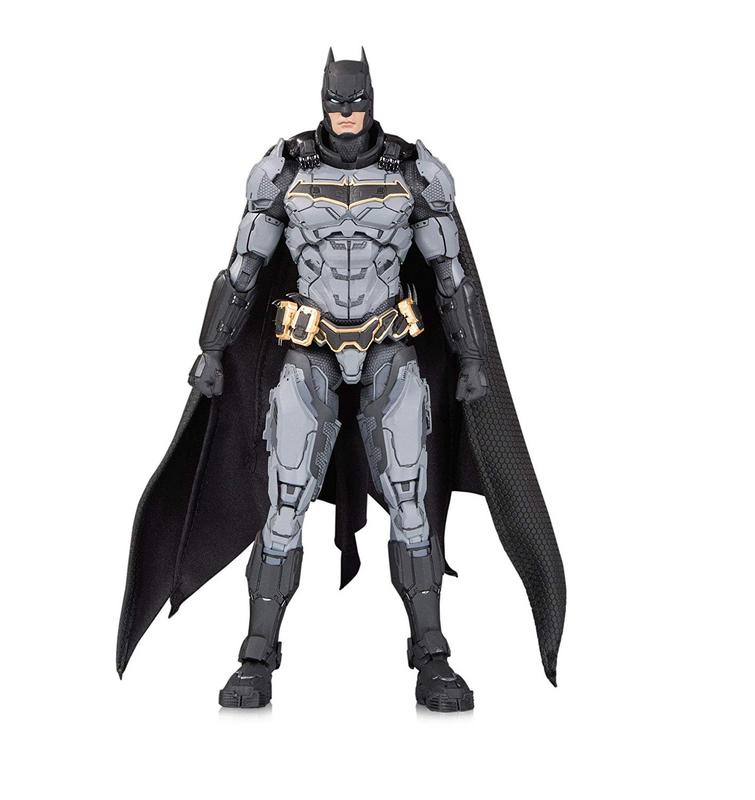 I don’t mind the armored look for an action figure or movie, it’s more when they try to pull it off in the comics where it starts to grate. That said, the figure looks very nice. I’m not even really a collectibles person! (Well, y’know, outside of actual comics)

@Batwing52, agree it looks nice. If it was much cheaper I think I wouldn’t have hesitated.

It looks great (love the purple cape lining!!!), but no way I was ever going to pay that much for it. I’m a scale stickler, too. I predict it’ll eventually go on clearance, but in a few years will become sought after.

I love DC Collectibles, and Jim Fletcher and his teams kick ass but…yeah…no.

Optimist I am, this Prime line is likely never going anywhere past this figure.

I fully understand their desire to experiment and do something new, but, the resources would have been better utilized on proven product lines that sell and are still lacking key, fan requested characters (BTAS and Red Claw, for example) than on an expensive item from a line that is likely done before it even fully begins.

Jeez thats beautiful. Hey i was wondering if you @moro or @vroom new any of the gamestop release dates that are coming out. Im waiting for exclusive stuff from them, especially that red hood.

@LEXCORP, my experience with Gamestop is that the dates they show on their site are ballpark dates at best. Sometimes a figure will show up sooner in store, sometimes later. I’m waiting for our local store to get the cel shaded Jim Lee Batman & Wonder Woman. On the website it shows pre-order with an 8/16 date for Batman

. I would order online, but I’m just not that confident in their system.

@Vroom, really…more BTAS? Seems to me like they’ve been doing quite a bit of that lately. Sorry, not familiar with what fans have been requesting there, but I see many Animated Batman figures coming out in the solicits.

Your prediction of the line’s doom is why I’m holding off. If they make a Superman and then cancel the line, I may end up owning a full set

@moro i already got those at my gamestop. Got the batman one last week.

I wanted the superman one as well but he was gone, they had WW, but i have so many ww figures already. 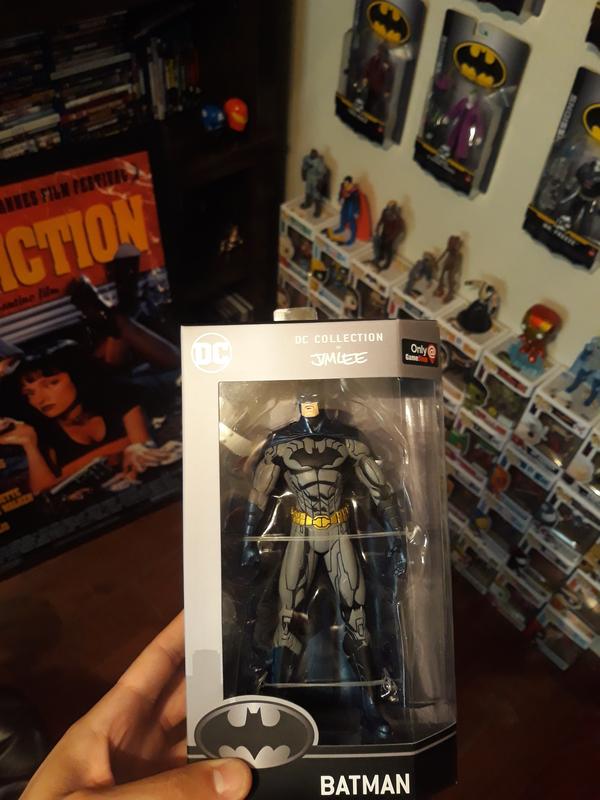 Why one wave could include:

If they’re feeling adventurous they could even do Sid The Squid along with MOTP’s Salvatore Valestra.

It’s really Superman: The Animated Series and Batman Beyond that are in more need of expansions. Sure, their two-packs are nice (I don’t have the Batman Beyond set, but it looks nice), but based on what I’ve seen and read, fans have expressed a proven, vocal, dedicated desire for more figures from these shows.

The Adventure Continues stuff looks fine and good, but it really should be done only after several Gotham crime bosses can be surrounded by GCPD SWAT Officers on one shelf, while Batman, Battle Armor Bruce Wayne and Max face off against Stalker and assorted Jokerz and Splicers on another shelf, with the Batman Beyond Batmobile in the background.

@Vroom, given that very vivid description of a Gotham battle scene, can I please take a peak at your game room? Something tells me it would be a lot of fun.
@LEXCORP, thanks. So they are out and my local GameStop’s stock is lacking.

@moro If I had a game room, sure! I do not however have one (not a gamer).

Thanks for the kudos on my description. I’ve been wanting a Max figure since 1999 and re-reading my previous post just makes her all the tangible…in my imagination that is.

Oh I’m not a gamer, by any stretch of the imagination. I just use that as a generic term for “where I display my stuff”…aka nerd cave, man cave. I do not have one either. Don’t have that extra room…top of my desk and a glass cabinet is all the territory I was able to claim.

I saw this figure is going to be sold for $125 at gamestop, that’s too much for a figurine. I’ll definitely pay that for a statue, but not a figurine.

You are right about it being overpriced, but I think that is the market DCC is trying to compete in with this line. The high end figure market is, generally speaking, overpriced.

6 inch “premium” offerings from Mezco, Mafex and others are usually offered for $80-$100, depending on where you’re buying. Then there’s Sideshow and Hot Toys: 12" figures $200 & up. It’s obvious DCC is trying to get a slice of that premium market with this line, the scale and price are kind of in the middle. I guess the odd scale is their way of offering something unique.

I personally think they should have either:

Yeah, 'cuz Gamestop needs an even further overpriced figure sitting on their shelves.

I agree with you moro.