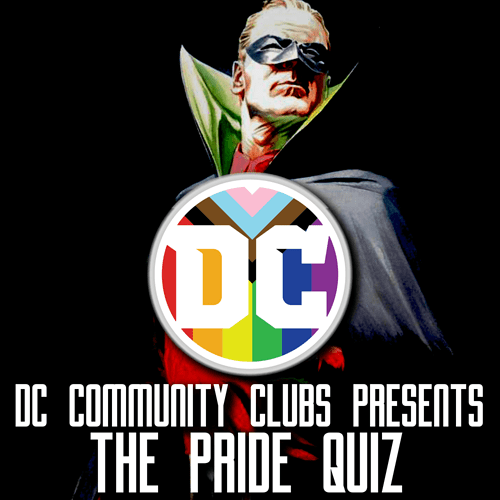 It wouldn’t be a celebration without a quiz, right? Whether you’ve dived into DCUI’s Pride Month activities or you just love DC comics, let’s see how well you know these LGBTQ+ characters, stories and creators. Take the quiz below, then tell us how you did (if you want, we don’t consider that bragging).

I got a silver medal

Gold but only with 7 points, I gotta read some of these titles!

Wow, did better than I thought I would. I got 7 (with some guesses ).

I got Nth Metal.

No it’s not, but I have been reading as many of your character/creator spotlights as I can and have been learning a lot. It has been fun.

I made gold by 1. Dark Mansion is one of my favorite reads . Missed that one. Than haven’t read all of Future State. Take a guess & get that one. The Harper one was suspicious cuz I knew she was a whiz at electrical work. But I remember Batman telling her to quit b4 he realized her potential & she wasn’t working for the city yet. So, I almost thought it was a trick question? I thought if she was doing it already, that would technically make it an illegal act, so started thinking street hood. Almost talked myself out of that. Bonus question I knew b4 looking at the answers because that one was extremely fresh in my mind. I remember the dad waiting for his son, Alan’s partner, in China. I mean, I did some incredible guessing. I knew 4 for sure. The rest were all educated guesses, but guessing none the less. The ones I should’ve known I missed. I just said today the Crime Bible is one of my favorite reads ever. Missed it. Talked about how much I loved Forbidden Mansion, missed it. Than get all my guesses right lol. I’ll take it

Miscounted, I believe I actually got 9… unless that’s another miscount on my part.

Nice @SuperBlueGrodd!!! You trying to start an Ohio Cup or what? lol. Game 1 to Cincinnati by 1 run. See ya next time in Cleveland jk.

Gold with 8 though 2 that I got right were shots in the dark, so I really, only knew 6.