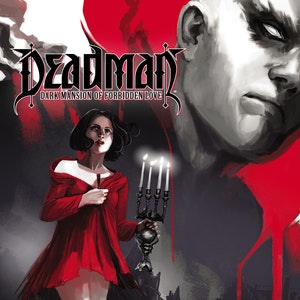 “Never be bullied into silence. Never allow yourself to be made a victim. Accept no one’s definition of your life; define yourself.”–Harvey Fierstein

November 20th is the Transgender Day of Remembrance. It is a day to draw attention to the continued violence endured by transgender people and is a day to memorialize those who have been murdered as a result of transphobia. This month, we will be reading Deadman: Dark Mansion of Forbidden Love.

@DCPrideBookClub In honor of Transgender Day of Remembrance, this month we’ll be reading DEADMAN: DARK MANSION OF FORBIDDEN LOVE (2016-)

I hope you can join us in the discussion

This Good Recommended Content is why I’m in this book club.

How did you feel about Sam and the way their gender identity was handled?

I often feel like queer people seeking representation and those who question what they want are talking past each other. People who have had representation know what it’s like without knowing the alternative of being ignored and dismissed in the media they consume. “Good representation” is more than A good, gay (cis white male) guy or the wholesome lesbian couple, though these are fun on their own. Nor is it a person whose entire purpose in a story is to be that token gay character. Real representation is just that—real.

Whenever someone asks me what I want in representation from now on I will wave this story in their face and shout “that! That!!”

Sam’s identity is not treated as something remarkable. It is a mundane thing to Berenice and even Nathan, who recognize and acknowledge this identity without making a fuss. When Boston mistakenly refers to Sam as “she”, Berenice gently corrects him and gives a brief explanation: “Sam is non-binary and uses “they/them” pronouns”. With only slight stumbling, Boston immediately corrects himself and no further comment is needed.

There’s a bit in there that I want to break down, and sorry in advance for how long my responses are going to be. This is just who I am.

Firstly, the encounter is not treated like it’s A Big Deal, but it’s also not avoided. There are times when representation exists but in a “The Love That Dare Not Speak It’s Name” way. It’s what I’d identify as queer subtext, meant to be received by those “in the know” (queer people and people familiar with queer culture) while allowing for plausible deniability. This often leads to those internet fights about whether such-and-such is “”really”” gay or whatever.

Secondly, I always get happy bubbles inside when one of my heroes acknowledges and treats people like me with dignity. That affirmation means more than most will ever know. Boston Brand’s blasé but respectful reaction is so good.

Later on, Sam accepts Berenice’s explanation about her sixth sense without question. It is explicitly and implicitly tied to their experience as a non-binary person. This is what could be termed “a queer experience”, as most queer people have already encountered the notion that one cannot reject someone else’s reality merely because that reality isn’t clear to you. It is important only to acknowledge and respect their experience. 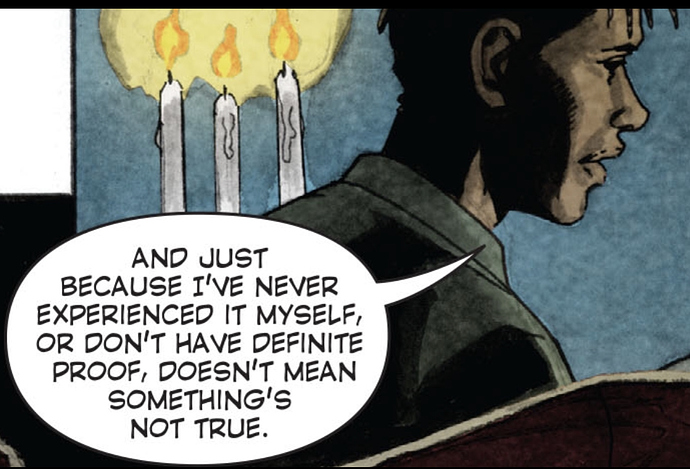 This ties with another important point about representation. While most people would prefer queer rep not to be someone who introduces themselves with “hi, I’m gay”, being queer is an important aspect of our lives. Some people spend more time and effort in the community than others, but every non-straight, non-cis person has spent at least some time thinking about their identity. It influences the way we communicate, how open we are with others, and the kind of things we experience.

Tying Sam’s identity together with their storyline in this way is exactly the sort of thing I would like to see more of. There’s power in the queer experience, even if it’s not a superpower.

Are you familiar with Deadman/have you read a Deadman story before?

Did you like the setting of the mansion? What did you enjoy most about the story and art?

Putting these two together because I feel like they tie into each other.

Like any good comic, the art really supports the story here. The realistic expressions and proportions add to the sense that these are real people, even in the midst of a fantastic ghost story. The mansion is almost as important a character as the actual protagonists, and the time the artist spends creating a beautiful, old house with drafty, high ceilings and imposing doors sells the character. The writing, especially through Berenice and her view, sets the tone for the story right away.

Avoid houses with their own names, indeed.

On the whole, I enjoyed the narrative parallels of love and expectations/fate. The moment where we found out that Adelia is in fact the ominous shadow haunting the manor is the most clear moment, where it is obvious that the ghost subconsciously recognizes the danger Nathan poses to Berenice, so like the danger he posed to her. The platonic and romantic underpinnings of Sam and Berenice’s relationship is also underscored by the connection Boston and Adelia feel—two people whose experiences the them together and create a bond of understanding deeper than can really be expressed.

That beautiful sentiment of being fated to meet someone, or maybe more like recognizing the potential of connection with someone so similar to yourself, makes for my favorite bit of writing here: 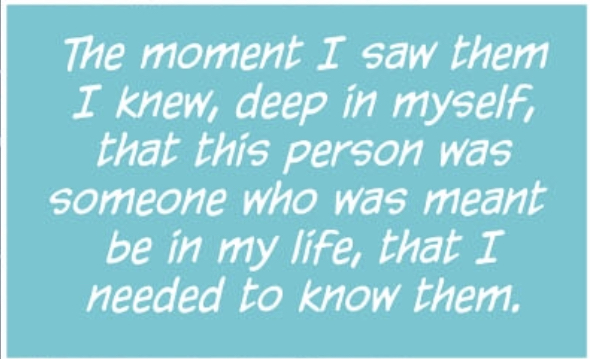 This is powerful. I think it demonstrates the broader power of community and connection, something many queer people long for and feel isolated from.

Okay, thanks for sticking through that. 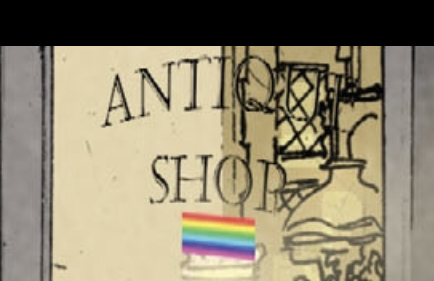 Awesome! I’ve read this before, but looking forward to getting into it again.

P.S. I am dsygraphic (I write what a dyslexic person reads) so please excuse any spelling mistakes.

I think the others above commented on Sam and the parallels with their easy acceptance of Bernenice’s sight far better than I would have, and I agree with everything that’s been pointed out so far.

I have read many Deadman stories, however I’m not sure I would count this as one. I really enjoyed this as a ghost story, it was a cool comic, however it seems like you could have taken Deadman completely out of it and with just one or two tweaks had basically the same story.

Shouldn’t all ghost stories take place in big gothic mansions? They’re just not classic without one!

The art captured the gothic feel well. My favorite aspect of the story would have to be the true feeling of friendship between Sam and Berenice.

How did you feel about Sam and the way their gender identity was handled?

I thought it was really well done. It was handled just enough to establish why the rest of our leads are using “they/their” pronouns, and it helps establish a connection with Bernice, because they know what it’s like to have a part of them that very few others can understand.

By the way, as much of an evil Victorian douche-canoe he was, you gotta give props to Nathan, because even he was able to get Sam’s pronouns right. If that prick can do it, so can you!

Are you familiar with Deadman/have you read a Deadman story before?

I haven’t read a lot of his solo tales, but I have read him in a lot of team-ups and team books, most notably his stint in Justice League Dark. But he’s a character I’ve always liked seeing.

What did you enjoy most about the story and art?

I loved that with the format of the story, they were really able to let the story breathe, have good focus on character and mood, but the pace never really meandered or stayed still to be cute.

Also, this might sound odd at first, but I like that Bernice and Sam’s relationship didn’t immediately escalate into a romance. Very few people are really able to move on that fast after a break up even on normal terms, let alone finding out that your BF’s a Victorian serial killer whom you had to commit arson in order to break up with.

We see that the two have a connection, they care deeply for each other, and everyone can see there’s a spark, but we leave it at that, and that’s okay. We all know they’re going to hook up eventually, but after that, they know it all really started there, in that creepy mansion.

The art is also spectacular – similarly, I think the prestige format really helped in allowing the artist to really show off their best. And those Stephanie Hans covers are just…