Let’s play “DC Pitch an Ep”.
Write a logline pitch for a DC Universe episode of a selected potential show. Your logline can’t be more than three sentences. 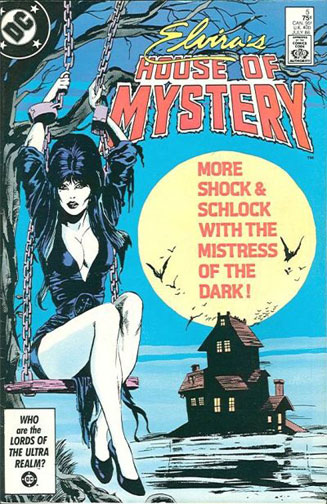 I know that sounds like a terrible rating for Detective Chimp, but I want kids to enjoy this

This sounds cool. I’m not too familiar with the House of Mystery series. It would be nice to have a mystery cartoon that doesn’t involve four teen-agers and an outdated van.

Detective Chimp is long overdue for his own series. His latest animated appearance was in one of those Teen Titans Go! dance competition episodes.
TV-14 sounds like it would fit to a T. Not sure about 40 minutes though.

This idea caught fire in a certain watch-along:

A WW series could be cool. It could guest star different heroines like Jessica Cruz, Ice, Zamarons, etc.

Show title: something with “Wonder Woman” in it
Style: Animation
Avg. episode length: half an hour(?)
Network(s): HBO Max
Pitch an ep: Originally I was thinking of a Wonder Woman version of BTBATB. Now I’m leaning toward a more cartoonish version of the Lynda Carter series: having WW fight miscellaneous obscure villains, some original and some from DC. After a few seasons, Cassandra Sandsmark could be given a recurring role.