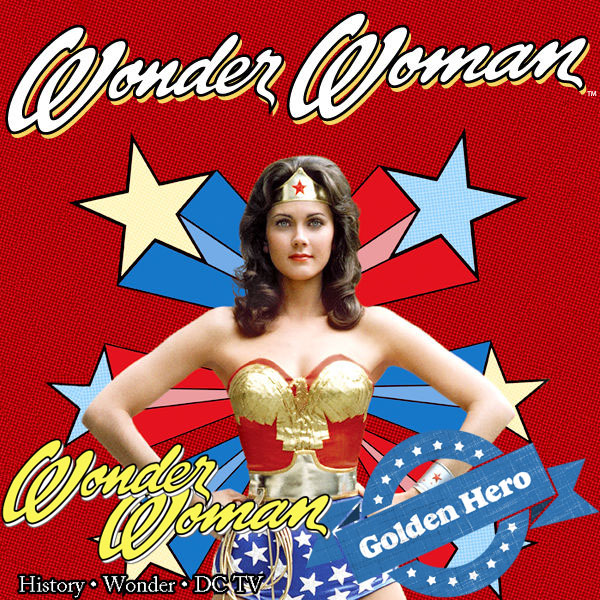 Wonder Woman, now the first of the superheroes, has a long and storied history that came alive with 1975’s The New Original Wonder Woman and its perfectly cast star Lynda Carter. Join the DCU Community’s World of Wonder, DC TV and Movie Club and the DC History Club as we celebrate Wonder Woman and, her alter ego, Diana Prince’s fight against the forces of evil. Participate in watch-alongs, vote in polls, join discussions, do research and read comics centered around this iconic portrayal of history’s greatest Amazon

The DC History Club is doing a Watch Along of an excellent season 2 episode of Wonder Woman “Anchluss '77.” It’s a great representation of both the second season of the show and 1970s television.
This is how you can join in on this part of the event:

WHO: You!
WHAT: Wonder Woman (Series 1975)-Season 1 Episodes 10 and 11 “Judgement From Outer Space”
WHERE: DC Universe, with the amazingly remastered Wonder Woman Series! We will be doing the discussion portion of the Watch Along Below!
WHEN: Friday February 13th:
@6pm PST/9pm EST
WHY: To be closer as a community and watch this amazing piece of DC history Together
HOW: Great question- read below!

Can’t wait to see you all there. And make sure you check out the DC TV and Movie Club’s discussion of the their episodes and the World of Wonder’s tie-in comics.

Make sure to join in on the watchalong by discussing below and enjoy the show!

You should add the watch along tag, may get a few more interested parties on these if you do.

No problem, I’m just passing on the ideas that were given to me when I first started doing the watch along after the update…

Thursday, be there have fun

Thursday, Thursday
Any other day of the week is not the watch along

Looking like I will not be back to work yet. Now waiting on the finalization and a return date. If I get back from outta town I will be here tomorrow night!!!

Was it the chat last week asking about the bikini? H&I | The original concept sketches for the 'Wonder Woman' TV show costume are both gorgeous and revelatory

Notice the connection of the article to this watch too

Have a wonderful time, All…

alien wonder woman is freakin me out!!

i’m glad they were driven to design the blue swimsuit, though.

freakin me out in both good and bad ways

Hope you all have a great watch along! I’ll try to show up even if I’m late

I’m here! Getting things ready, I actually realized that I never actually finished the “Season 2 pilot,” just kind of stopped once Diana made it to Man’s World again. I’m pretty sure I’ll be able to catch up, though.

by golly i gotta hurry

And apparently this episode was nominated for an Emmy for costume design? Cool.