DC History Club: The Flash and the Launch of the Silver Age, Discussion and 'Vote and Defend' - Jan 2020 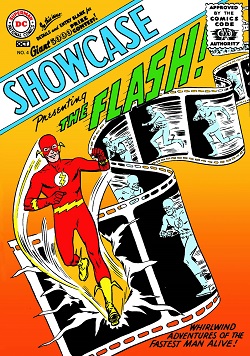 Flash and the Silver Age
Welcome DC History Club historians to your selection for January, The Flash and the Silver Age. There is a lot to unpack here. The Silver Age came about from much more than just the rebooting of the Golden Age speedster. A confluence of circumstances involving U.S. society, popular culture, the state of the comics industry, the business and creative sides of DC Comics, and the brilliant reimaging of the Flash all combined at the perfect moment to launch comics as we know them today. There are suggested discussion questions below, but let your research and thoughts take the discussion wherever it needs to go.

As always, our research starts with the source material of the comics themselves, concentrating from Barry Alan’s debut in Showcase #4 to the creation of the multiverse in The Flash #123. Below I’ve suggested four representative issues, but don’t let that stop you from reading more as nearly every major Flash villain in created in that five year period.

Our second challenge is more difficult. Barry Allen is introduced as a “police scientist” from his first appearance, but he doesn’t ever appear to do any actual “police science.” Find and post the earliest example of Barry actually contributing as a police scientist to any case, even in a passing mention.

Suggested Discussion Topics
As I wrote above, this topic turned out to be far more complex than I first imagined. As you read the stories or find material about the Silver Age Flash, let your thoughts direct the discussion. My suggestions for a start at the discussion are below.

Suggested Research Reading
To add to this wiki post, click on the orange pencil to the right. 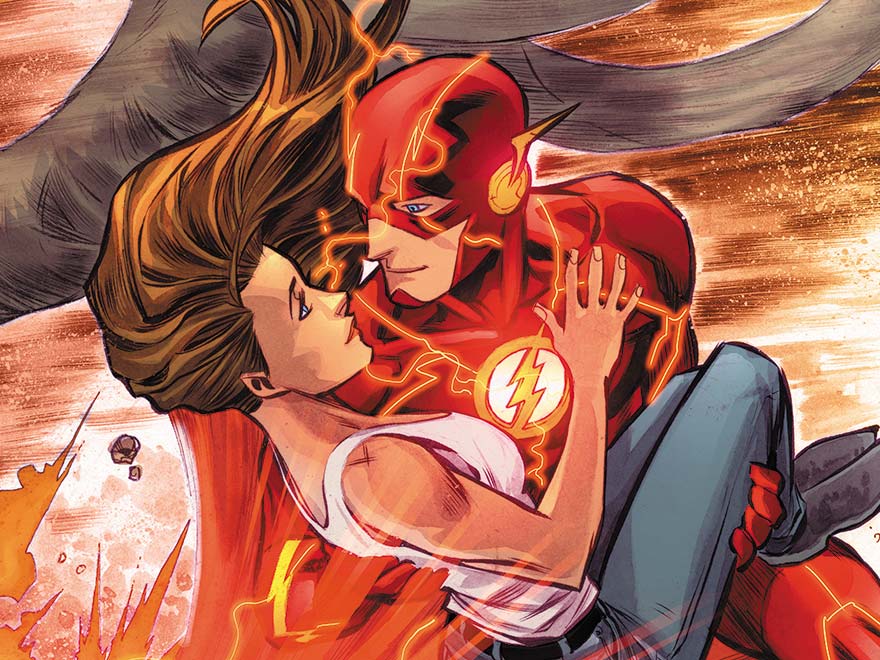 The Flash has one the deepest, riches rouges gallery in comics. Which of these characters introduced at the beginning of the Silver Age had the greatest impact on the development of the Flash as a character?

Which issue was historically more important for DC comics, The Flash #123 which introduced the multiverse or Crisis on Infinite Earths #12 which ended it?

Two of the seminal issues for the Silver Age of comics were DC’s Showcase #4 (1956) introducing the Flash and Marvel’s Fantastic Four #1 (1961) which was the beginning of that company’s resurgence in the ‘60s. Which of these Silver Age issues was more historically important for comics as a whole?


Comic History around that time

30% of the reading material shipped to soldiers are comic books

1945 Comic book More Fun 101 introduced Superboy - Superman when he was young. Superboy was not part of Siegel Shuster contract. Siegel suggested it but DC said no. DC used character while Siegel was in Army…

1947 Wonder Woman creator Marston dies. His wife Elizabeth asks for her being given the right to write Wonder Woman, as she worked with her husband on it. DC refuses.

Cowboy titles: (Atlas, now Marvel, had Kid Colt Outlaw, Rawhide Kid, Two-Gun Kid, and Wild Western, all by Stan Lee. Harvey had Boys’ Ranch, by Simon and Kirby, DC Comics had All-Star Western, which replaced the JSA in All Star Comics in 1951)

1954 Court Case National Comics Publications versus Fawcette Publications. Judge ruled Captain Marvel was a copy of Superman in 1952, after 11 years of litigation. Fawcette paid 400,000 in damages and got out of declining super hero market. Whiz Comics ended with issue #155 in June 1953, Captain Marvel Adventures was canceled with #150 in November 1953, and The Marvel Family ended its run with #89 in January 1954.

Batman Robin were portrayed in the book as homosexuals living together Superman was a fascist. Wonder Woman was a Lesbian.

1954 Wholesalers refuse EC Comics because no CCA seal on covers

1956 to 1967 Comic Books Jerry Siegel 's second wife, who modeled for Siegel Shuster as Lois Lane, shamed DC to employ Siegel as a writer for Superman stories again including Return to Krypton and Imaginary Story Death of Superman.

@msgtv What are the 20 best Flash Silver age stories? I want to really get a sense of the era.

One big difference
Between.Silver.Age Heroes
And the Origin ofr Golden.Age Heroes
Is the magic vs science fiction.hero

Also Hawkman has magic based origin

While
New Flash is not so different from.old Flash in terms of origin

Green Lantern
Hawkman.
Have Science Fiction Origins in the Silver Age
Based on aliens not magic.

There is due to the influence of
Science (Sputnik) and Science Fiction
In.the movies
And the waning of Fantasy until
Lord of the Rings Consn.and Harry Potter brought back the genre. And of the three major influenced are works of the past not present.

@Nathan.Payson that’s a darn good question people should weigh in on. For me, I started at the beginning with the four Showcase issues, then with the rebooted Flash with issue 105 and read up through 123 and the discovery of Earth 2 which takes nearly 5 years in real time. I wanted to get a feel for where the character started and how he evolved. What’s impressive to me is that they nail the character in the first story, with as far as I can tell zero deviation from there. That’s something considering the story was written in about two days based off a brainstorming session. Will look through what I’ve read so far and give my tops list.

@TurokSonOfStone1950 I love the 1950s sci fi feel of so many of the early Flash stories. Will post a little more about them in response to @Nathan.Payson question.

I liked the
three Earth 2 team up stories
And the team ups with.Green Lantern

I hated the murder trial.of the Flash.

Flash Fact
Of the 11 Barry Allen stories reprinted in the original 1992 publication The Greatest Flash Stories Ever Told only two were originally published after 1964.

@Nathan.Payson okay here’s my more expansive list. In the last few weeks I’ve read Silver Age Flash up to #127. These are my top 10 of those early stories:

Flash Fact
When asked if the Flash was part of plan to bring back superhero comics, Julie Schwartz stated “Absolutely not! We had no idea we’d ever bring back super-heroes. We had moved on to other concepts-the Westerns, funny animals, romance, along with celebrated movie and television characters. We did Jackie Gleason, Bob Hope, Martin and Lewis, Pat Boone, Dobie Gillis.” 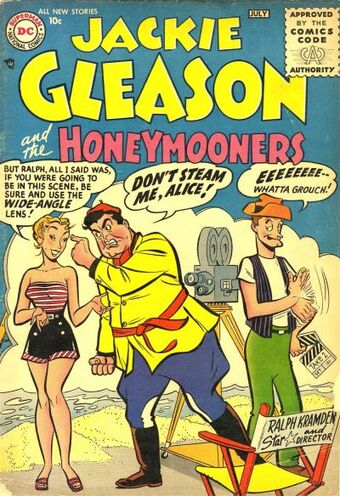 Flash Fact:
Joe Kubert inked Showcase #4. It was his only work on Silver Age Flash comics.

i have three volumes of the Flash on Comixology and started with Volume 3 and am working backward, to see in.a way how the Title evolved

Flash 135, March 1963 The Secrets of the Three Super Weapons by John Broome and Carmine Infantino is in our library

That is the way is was done in those days

to a distinctive new one of Yellow and Red. Previously, you could only tell Barry and Wally apart because Wally was much shorter.

There are plot holes which involves the characters NOT using their super sperd at appropriate times. The weapons are shown as melting which takes some time. There is no reason the Flashes could not have saved these weapons except that the story needed to be longer. But that would not be obvious to.most readers especially those who are new to thus Title

i enjoyed it very much.

A Famous Flash.Cover with the best dialogue

He get out of it by his total control of his molecules. Sure

The Justice Society decides to reform

Superbly plotted. Excellent in all ways

@TurokSonOfStone1950 the speed to do anything versus Flash isn’t fast enough to avoid object x is the primary flaw of Flash in general and in particular early Flash. But, you say you enjoyed it very much which is exactly how I feel. Despite this Grand Canyon size power problem, the stories tend to be brisk and fun.