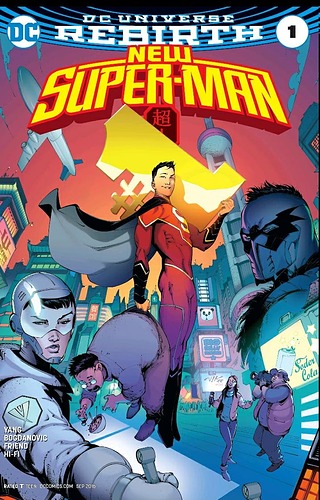 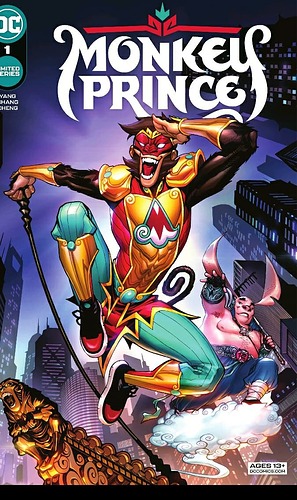 On the DC Universe Infinite Home Page
Gene is called

This topic will discuss why that is true

As we look at Gene’s:

Was The topic of the DC Book Club

[DCbookclub_may_supermansmashestheklan_heroes_HEXdea40d_hero-c] New to the DC Book Club? Be sure to officially join the group to gain front-of-line access to Q&As and exclusive digital perks! This month, the DC Book Club is partnering with the

to bring you… SUPERMAN SMASHES THE KLAN [smstk] Read on to learn more about: This month’s reading The full schedule of events This month’s discussion questions THIS MONTH’S READ…

Look at issue 1 of
New Super-Man

Is he just a bully or is there more to it?

What about his relationship to his father?

The absense of Kong’s mother?

China is a foreign country.

Did any differences to your own country spring in mind?

Since this is a comic book

Why was Kong selected for experimentation?

Why did he agree?

Other thoughts about this issue?

Would you have bought the second issue? 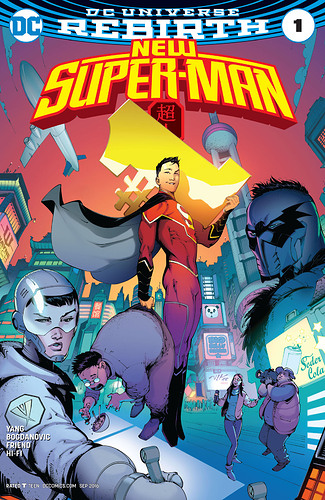 “MADE IN CHINA” Chapter One An impulsive act of heroism thrusts an arrogant young man into the limelight of Shanghai as China begins to form its own Justice...

Has many sides to him

There is of course But he is also an educator 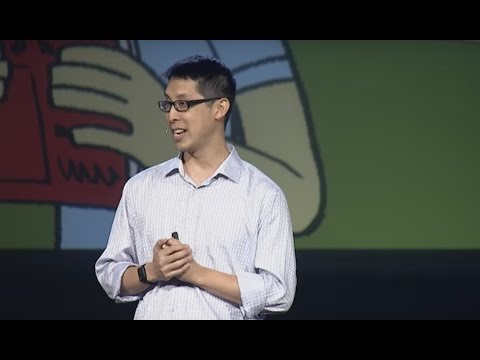 As well as an author 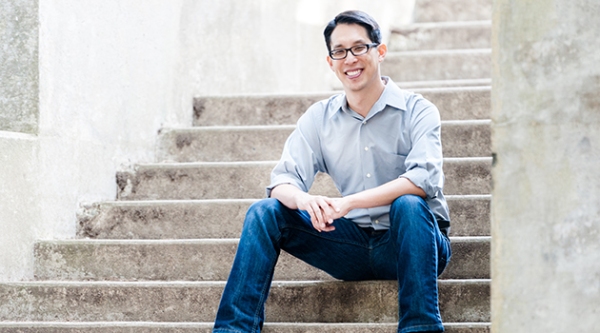 It's a coder! It's a teacher! It's a kick-ass graphic novelist!

Is Gene Luen Yang from Krypton? 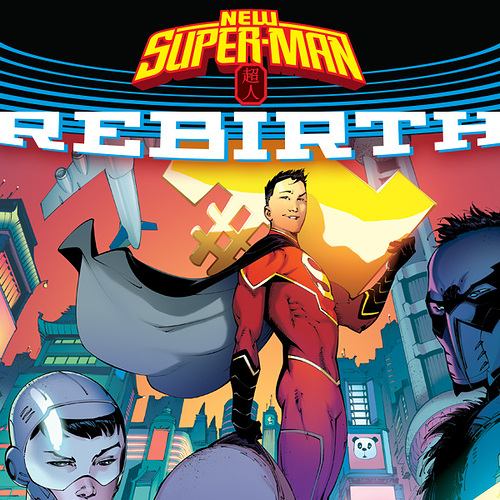 Meet Kong Kenan, the Super-Man of China. Does this former bully have what it takes to become the hero of Shanghai? Check out the hit Rebirth series! 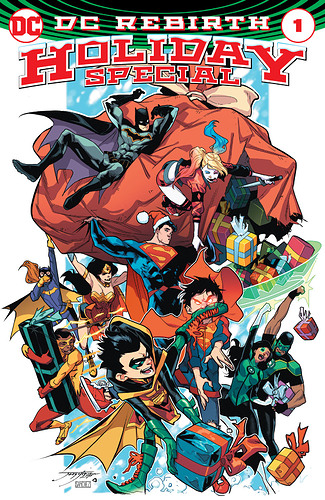 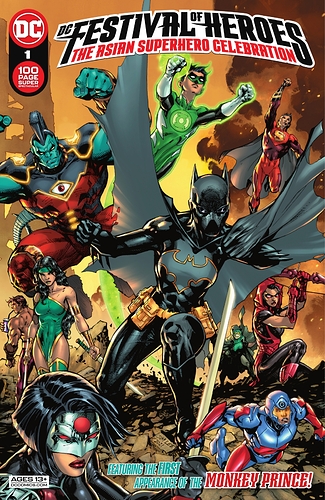 Grab your favorite boba and pull a chair up to the dim sum table as we celebrate Asian Heritage Month with all your favorite Asian DC characters, old and...

I very highly recommend Gene Luen Yang’s classic, American Born Chinese, to anyone who hasn’t read it yet and is curious about his work. It tells a great story of what it is like to be raised in a first-generation immigrant home - and also includes the Monkey King! 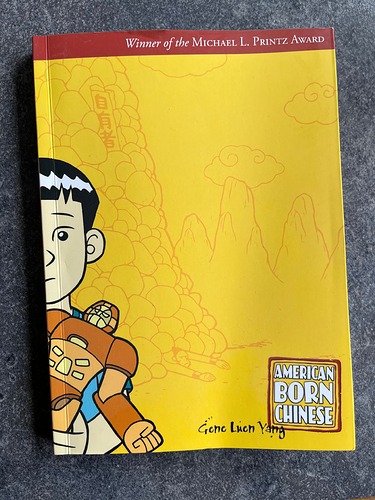 I’m planning to check out the readings when I have some time this month, Turok. I really enjoyed Superman Smashes the Klan and the author q&a we had here last year. 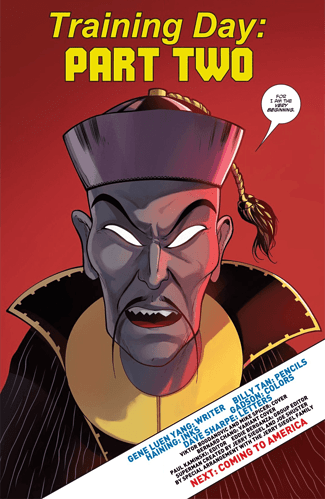 I want to talk about a creative act of reckoning and, maybe, redemption. 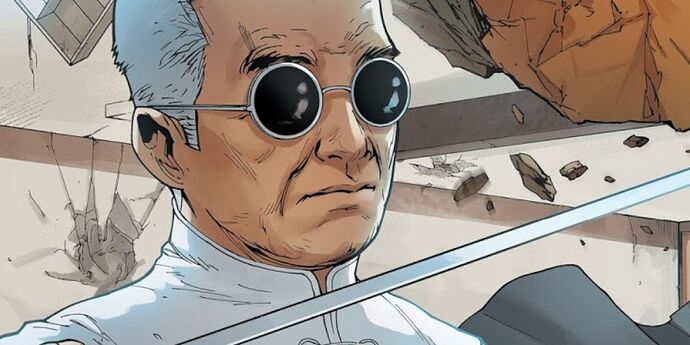 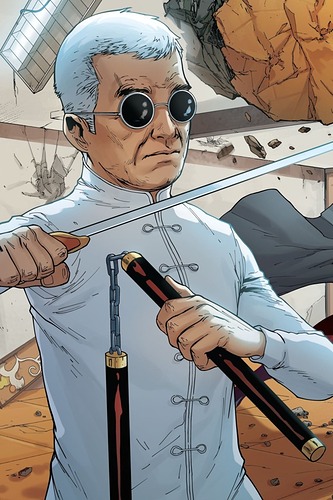 I Ching is a martial arts master who first appeared in Wonder Woman vol. 1 #179 and also known as the Man who trained the Great Wonder Woman.

I had to return
American Born Chinese
From my Kindle App

No by panel read
All Word Balloons too small

Tried Sample from
Comixology
And
Only got blank pages

I did see a figure
That probably was
Monkey King

Aw man, I forgot about this. That happened to me with the Kindle sample and is the reason I ended up just buying the physical book. I’m not sure why they haven’t formatted it digitally like other comics so it can be read on devices. 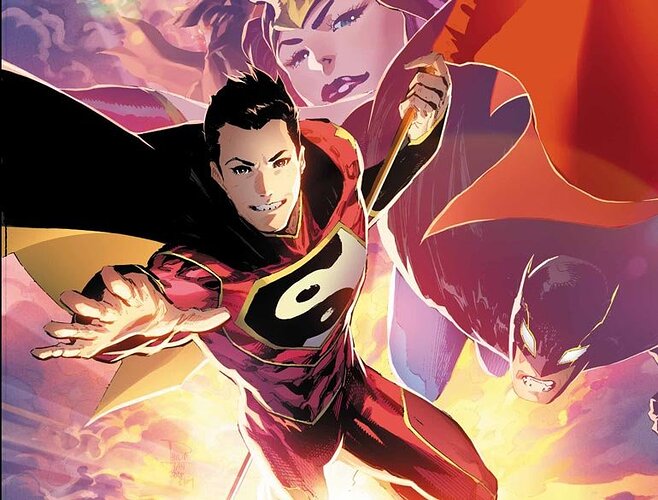 THE FINAL ISSUE OF NEW SUPER-MAN COMES OUT THIS WEEK!

The New Super-Man monthly comic book series ends this Wednesday with issue #24. I'm a little sad, sure, but mostly I'm grateful. For the last two years, I got to play in a new-ish corner of the DC Universe. I got to write about two Cities of...

Each issue is a good read, with a twist on the last page

The three members of the Justice League of China are engaging

Given them a try

Meet Kong Kenan, the Super-Man of China. Does this former bully have what it takes to become the hero of Shanghai? Check out the hit Rebirth series! 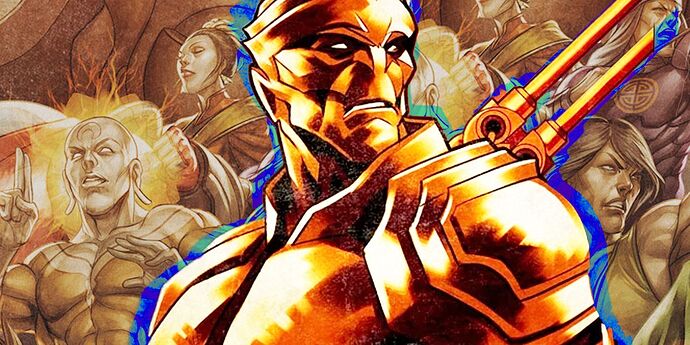 Long before they expanded in Doomsday Clock, the Great Ten were China's answer to the Justice League.

Other appearances
(Not by Gene Luen Yang) 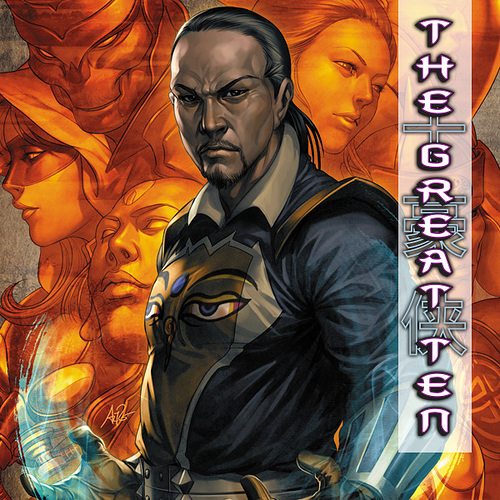 When a group of ancient gods begin a wave of destruction, it’s up to a team of Chinese superheroes called the Great Ten to stop them.

Issues 7 to 12 of New Super-Man are very good

A look at the facility where Bat-Man won his cowl

The mythological origins of Wonder-Woman

Plus Lex Luthor and the Rebirth Superman

Both of Kenan’s parents are alive!

Issues 13 to 18 of
New Super-Man
Ends another arc

Kenan is at the height of his powers

And among friends, who are family to him

The story of I Ching and his brother, Ying and Yang, is resolved

Wonder-Woman reverts back to Chinese Legend Green Snake for a while, until transformed back by the love of Bat-Man

How I miss the Rebirth Superman, truly portrayed well here

In this case
A North Korean

That the main characters
Are really teenagers 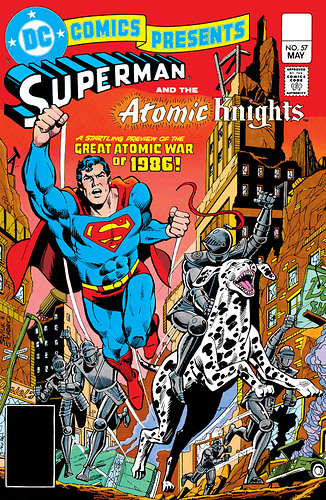 Ominous dreams of Metropolis' destruction lead Superman to face off against a foe who can make his dreams come to life in "Days of Future Past."

So as a Superman fan
He did a series of 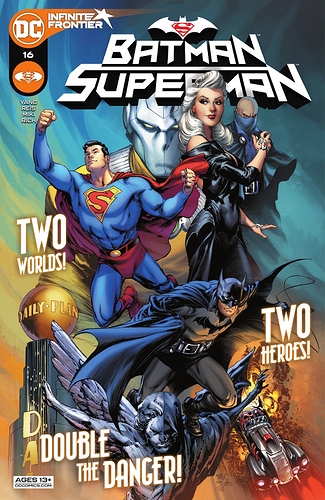 In the aftermath of Dark Nights: Death Metal, catch a glimpse of brave new worlds within the DC Universe...but what are these strange planets? As we delve...

I really really liked New Super-Man (I haven’t actually finished the series yet, since I’m working through reading the Rebirth era Superman books and haven’t reached that point yet). I did like how Kenan was depicted as super unlikeable at first, but then grew into being a hero. It’s kind of the opposite of Clark Kent, since he was raised as a decent guy and always was a good person, essentially.
And that Batman/Superman storyline is one of my favorite recent storylines.

With Superman Smashes the Klan being so great, I’ve really loved everything I’ve read of Gene Luen Yang’s.

Great to hear from you

I will be reading the Bstman Superman arc soon

I am 4 issues in to New Super-Man. Kinda shocked at how…really unlikeable the hero is. Wow. But I guess that does allow room for him to have a lot of growth. And it certainly differentiates him from Clark Kent.

Deilan is my favorite, of course.

Anyway, very entertaining so far! I’ll be back with more thoughts.