What Do You Think The Next Dc Game Should Be ?

I really want a good Superman game. Superman 64 shouldn’t be his gaming legacy.

They should make a flash game… kind of like the spiderman ps4 game.

I would mind a green lantern or Aquaman game. Or a Injustice 3

I feel like a Justice League game by Rocksteady would be epic. Especially you can combine the rogues galleries of all the heroes and the JL have their own villains.

Really hoping Rocksteady is still working on a DC game and the new game their working on isnt something else.

And whatever happened to WB Montreal? They made Arkham Origins and then nothing ever came after. Apparently they had plans for the Suicide Squad.

Rocksteady Was Supposed To Make A Superman Game. I Feel, In My Humble Opinion, That The Japanese Should Handle The DC License, When It Comes To A DC Fighting Game. Konami Would Do An Excellent Job In Making A DC Fighting Game. Solid Snake, Raiden, Sniper Wolf Or Quiet, Vulcan Raven, Revolver Ocelot, Liquid Snake, Big Boss, Meryl, Olga Gurlugovich (The Ninja), And So Many Characters From The Metal Gear Universe Could Easily Cross-Over Into A DC Fighting Game. Konami Did Martial Champion, The Very First Cel-Shaded Fighting Game, That Had One Of The Very First Black Characters In A Fighting Game, Mahamba, From Kenya. Konami Could Greatly Improve Upon The Original Failed Fighting Franchise, And Breathe New Life Into The Series. Jim Win! Racheal! vs Batman & Wonder Woman? 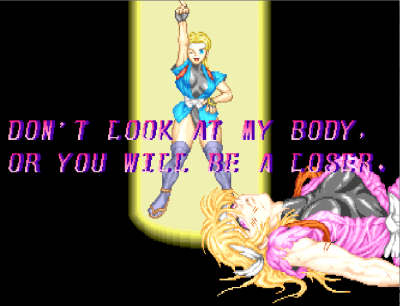 Again *typo; Racheal! I Hope DC Universe Could Add The Option To Delete, Or Edit, A Post, And The Ability To Add Short Video Clips! Kudos To DC Universe, For Finally Adding DC Universe, To XBOX ONE X! Hopefully It Will Be On PS4 Pro Soonafter! Please Add Being Able To Access Everything; All The Available Features Of DC Universe, Like Community (This, Right Here!)

And Being Able To Buy Merch, From The Store, Please!

I’m still bummed that Telltale went out of business cause I loved their Batman games. Would love to see another episodic story based one like that.

I would love to see a Green Arrow game made similarly to the Arkham games but changed to fit the character of Green Arrow. You could even have skins from the Arrowverse, Smallville, and Injustice Green Arrows among others.

I would love to play a really indepth very expansive and open “Universe” Green Lantern game where u start as a rookie by being chosen by the ring then u play ur own interactive story becoming a green lantern then an officer and higherbif u choose. And u have the option to go bad or just wield a ring from one of the other color spetrums. It should have main story lines that are from major story lines in the green latern comics as well as other made up side missions all developing u to be the lantern u want to be. So ur choices in certain instances will change ur outcome.

I really want a full Red Hood open world game similar to Arkham Knight. I love Batman, I really do.

But it would be cool to have the full Arkham experience with Red Hood.

Considering that I’m clueless and clumsy when it comes to modern day game controllers, I would really like to see a 2D Justice League or Superman side scrolling beat 'em up game. Something simple and fun with my favorite heroes. Not gonna happen, I know.

A Red Hood game set after Arkham Knight, where Azarel sees him as the successor for Batman; think about the prophecy said that the next dark knight would rise from the ashes of the old, batman blew himself up at the end of AK, Red Hood appeared soon after. The Game would follow Red Hood as he attempts to stop (a more badass version of ) Killer Moth; the reason I would go with KM as the main villain is because in comics he would attempt to always copy Batman in every way (even down to a replica batmobile called the Mothmobile), so naturally he would also like to be the next Dark Knight for Gotham , a bright light in a dark city if you will.

A real Superman Game with all of his abilities and real epic level threats.

A Bat-family game. We got a taste of the Bat-family working together in Arkham Knight. Why not a full game like that? Be the dynamic duo at all times have Robin/Nightwing/Batgirl follow you like an Ellie to Joel or Atreus to Kratos, provide some assistance and doesnt get in the way.