One of the anthology’s eleven stories deals with the current wave of anti-Asian violence directly. Aptly titled “Festival of Heroes,” writer Amy Chu and artists Marcio Takara and Rain Beredo place Katana, Cyborg and Blue Beetle into an Asian American and Pacific Islander heritage festival in New York City to deal with threats from a supergroup of reactionary racists called the Knights of the Brotherhood—who soon learn a powerful lesson on respecting your elders. 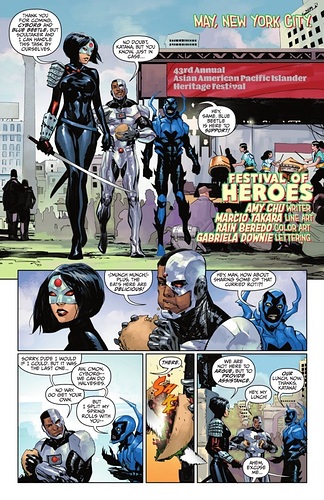 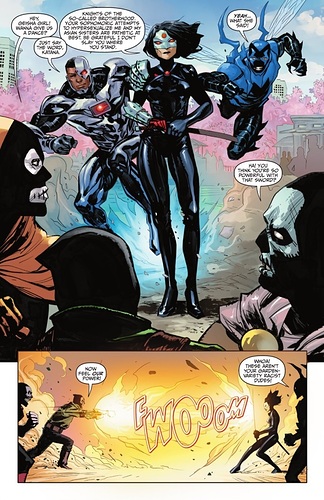 We spoke with Chu about “Festival of Heroes,” and the catharsis that came with channeling a lifetime of emotions into ten pages…as well as sneaking as much delicious Asian street food into the story as possible.

Head on over to DC Comics to read more about Amy Chu and the Festival of Heroes!

This is awesome. My brother is Vietnamese so I really appreciate this comic. Thank you DC.

I ordered my copy last night and can’t wait to read all the stories!