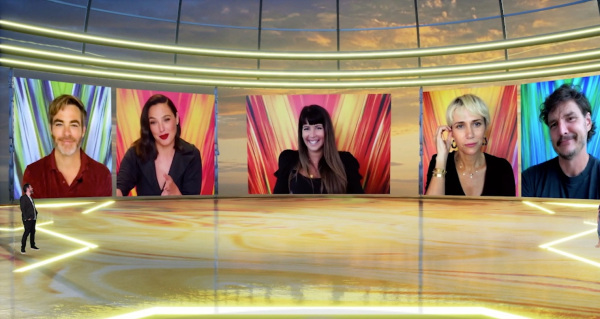 It was a great event.!

I Enjoyed It From Beginning To End!

It was really cool, I’ve never been a part of anything like that. I’m looking forward to September 12th.

It’d be cool to make this a recurring thing, maybe next year we’ll get trailers/bts of Flash and Black Adam as well as gameplay for Suicide Squad kills JL. They can also tease more upcoming stuff and it’d be a solid show.

Well if the next DC FanDome is a year away the game may already be released by then.

Nice catch. I must’ve missed that.

I have a feeling that huge conventions on the scale of SDCC are about to be a thing of the past.

I am not so sure. I mean I can imagine a lot are wondering if it is worth it, FanDome had to be cheaper to put together then having pannels at multiple other cons. But FanDome came out when people were hungry for cons, and for the announcements that come from cons. No telling if they had another option (I.E. a big con) they would chose FanDome instead, it is not the same as going to a con. Although then again if they decide that is who they are doing it I guess what choice would we have.

Either way though it was a great even. I could not believe I sat in my computer desk for 8 hours. But the time just flew. DC did a hell of a job.

I was carrying my iPad around my house all afternoon. Unfortunately I was not able to airplay the video from my iPad to my Apple TV, I wish they would fix that so I can do that next time.

That’s odd. I was able to cast from my iPad to my Apple TV just fine.

Even after Covid eventually blows over, I hope DC continues to make stuff like this accessible.

It was tons of fun to have our very own virtual con. I dug it, and hope for more in the future!