Hi @DCFanArtClub! The topic this week is Aquamen or, more accurately, any of the Aquapeople. Jackson Hyde is the first that comes to mind during Pride month, but Arthur, Mera, Garth, Tula, Black Manta or even Vulko are certainly all eligible.

That leads into Jackson Hyde’s Aquaman: The Becoming and the Black Manta series (the first few issues available on DCUI).

As part of the Aquamen launch, DC released some design guides for the main characters. Always nice to have some reference readily available! 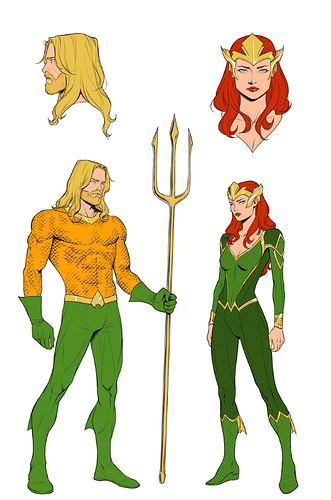 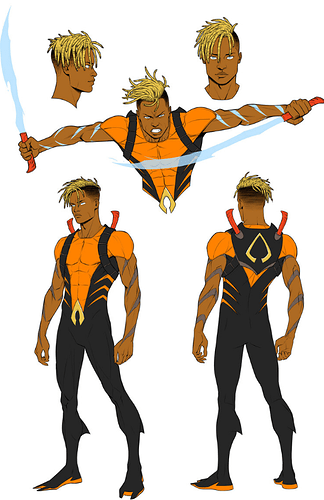 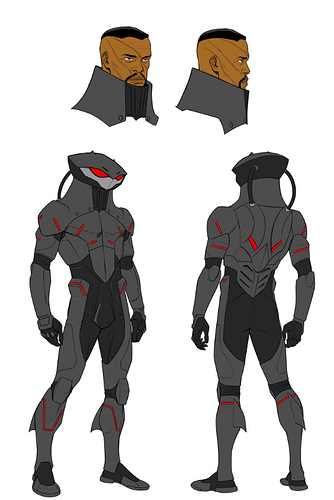 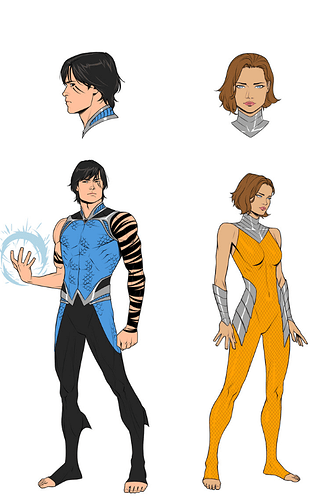 Dive under the waves this week and see what inspires you in the world of Atlantis.

Due Date: July 2, 2022
Discussion, works-in-progress and final submission all in the thread below. 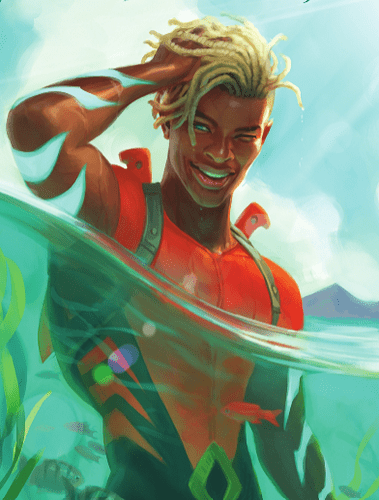 Though I will admit, I’ve drawn Aquaman a few times before and if I have to draw one more scale for his costume I will scream!

You need an Aquaperson without scales! There are some to choose from! 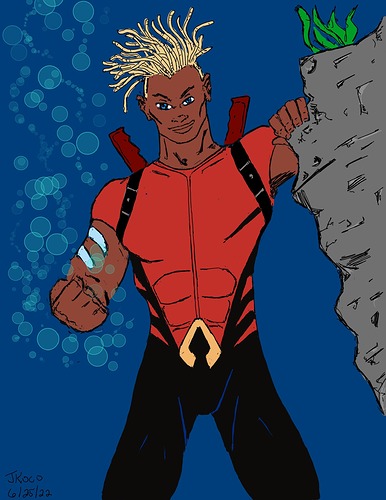 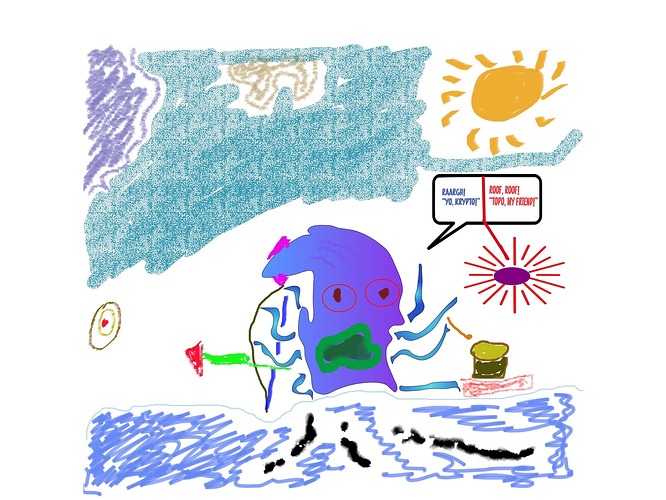 Here’s Topo! He’s shooting a “green arrow” using a technique he learned from Green Arrow. Lol. And he is playing the drums and calling his friend Krypto. The red lines around the purple circle is based off of the “Red” from the comics.

Oh, the drum playing Octopus from the Aquaman movie! What an awesome idea! Never expected to see him this week. 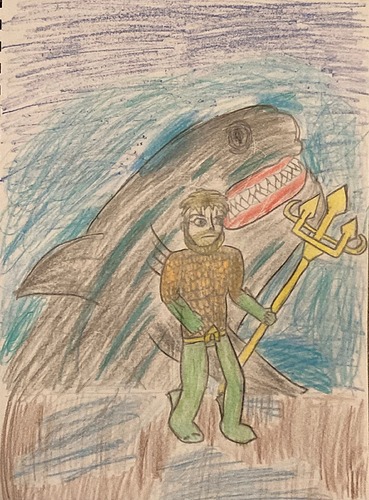 I had previously drawn Aquaman and Mera. This time I went bad and decided on Black Manta with his imposing design. I drew him as if he was coming out of the Dark Water (which just happens to be the name of the dance my youngest is performing in tonight at nationals!!!) to scare you! 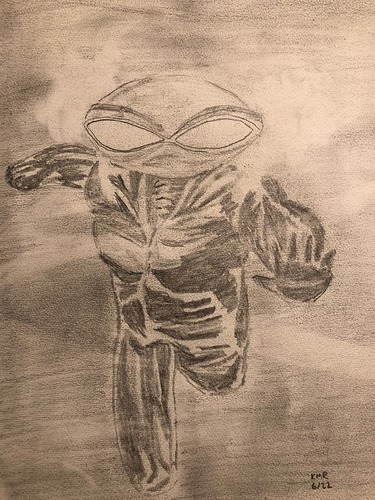 PS I have also finished the last of my celebrity drawings that I plan to bring with me to Terrificon at the end of July for autographs!!!

In case you were curious, I drew five celebrity likenesses for Terrificon for the end of July. Who did I draw? You’ll have to wait to see as I want them to be the first ones to know and see.
Wish me luck that they’ll like them; I always worry that I’ll offend them if they don’t think it looks like them. I know I know I’ve been doing this a while but still worry

That’s one scary shark behind Aquaman!

Nice work on the trident!

I’m always amazed how you pull those these effects with just pencil and eraser.

Wow, I checked out the guest list for Terrificon and there are a ton of people coming!

I know JR Jr has to be on your list and I’m looking forward to seeing what you’ve created.

I’m looking forward to it.
I’m a DC fan but my first live has been that arachnid hero and JR Jr and Mark Bagley were the ones I grew up with so I’m excited to meet both!
As a hint, my drawings are of the movie/media guests not the comic creators. I could never compete with those legends

Thanks! I’ve strived to try different effects using pencil as this is the medium I’m most comfortable with. I always like to capture what I see in my mind. As for the symmetrical helmet, it wasn’t easy but I tried to make an x with the eyes to make it look that way

Nice proportions and symmetry on the figure. Really like the bubbles effect to give it that underwater look. Great job!

Totally looks like the shark is photo bombing Aquaman! I dig the beard, btw.