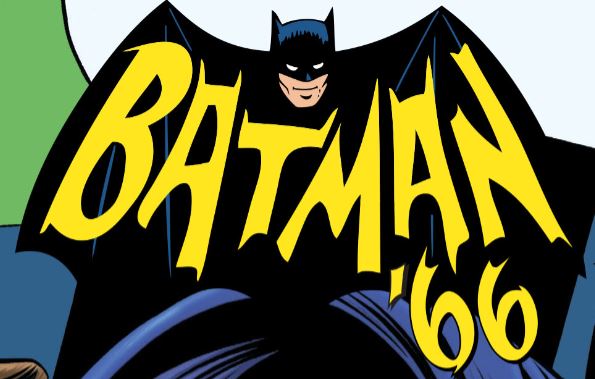 Hi @DCFanArtClub! Let’s take one last trip through Batman live-action history and go all the way back to Batman '66.

This show ran for three seasons from 1966 -1968 (along with a movie between seasons 1 and 2) and is, admittedly, very cheesy and silly. However, the characters and performances are timeless and memorable.

Cesar Romero as the Joker, Burgess Meredith as the Penguin and Frank Gorshin as the Riddler were the versions of these characters that the large majority of people knew before the Tim Burton movies began in 1989.

Pick from those headliners, any of the 3 versions of Catwoman, the lesser know characters like King Tut or Egghead or even Batman and Robin themselves and create something with a 1960’s style this week!

Due Date: March 26, 2022
Discussion, works-in-progress and final submission all in the thread below. 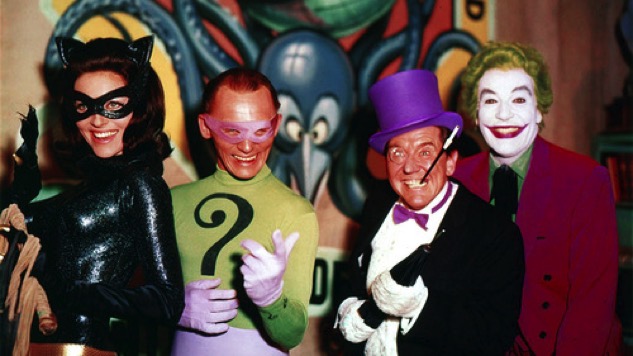 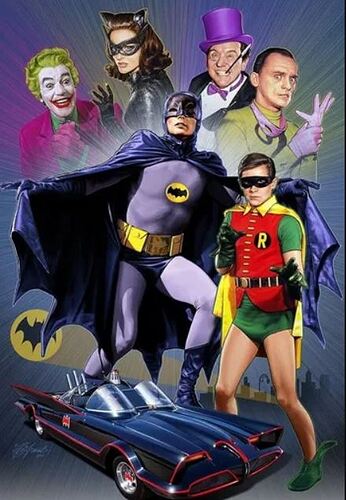 This’ll be a tricky one. '66 is one I’ve spent less time with. Mostly familiar with the film.

I had previously drawn Joker and Batman from the show as well as Riddler in Tim Sale style. This should be fun! 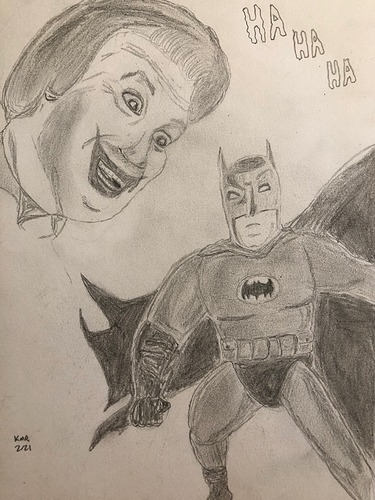 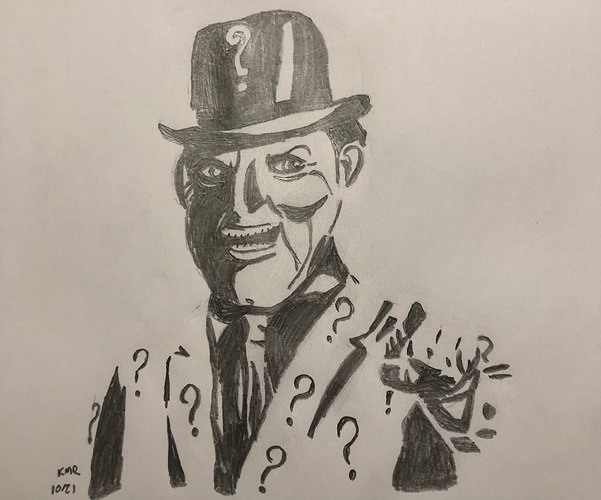 Is it possible to do a grim and shadowy Robin if he isn’t wearing pants?? Or a dark and brooding Adam West?

I totally remember these. Luckily the Batman 66 cast is pretty large and there are a lot more to choose from.

First time drawing Mr. Adam West, but I think it turned out alright! 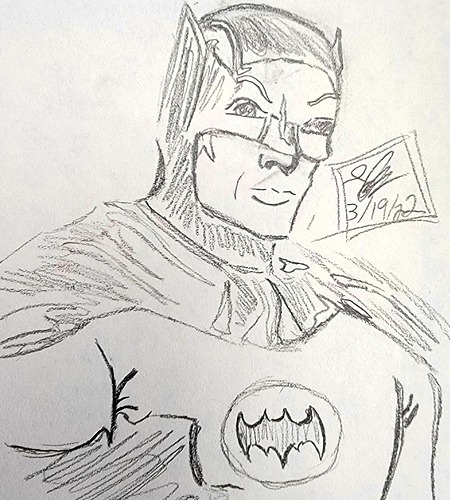 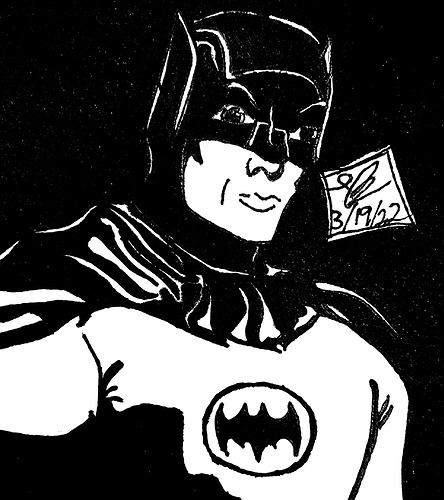 Appreciate it! Was kinda going for a Pattinson stance, but with West.

This is from the episode ‘Catwoman Goes to College’ (season 2 episode 49) where Catwoman and Batman share a milkshake. This show really was silly and nuts! 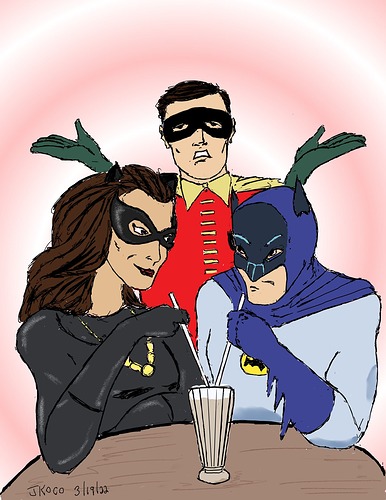 Inspired by these two pics. 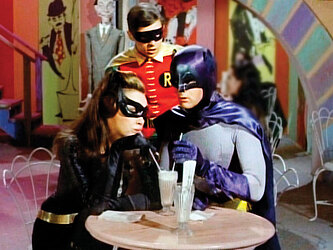 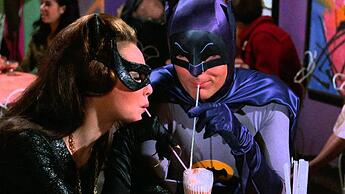 Robin’s at a loss lol. Good take on the expressions and background colors.

Thanks, this was fun to do!

I have an idea of who to draw but I haven’t started yet. Though Cesar Romero is a classic

Time to bring out those bright and neon colors

I love this thread and all the arts so far!

For this week’s challenge, I went with the unsung hero from the Batman television show. The one who held it all together. The Bat Family member we need now more than ever.
Aunt Harriet! 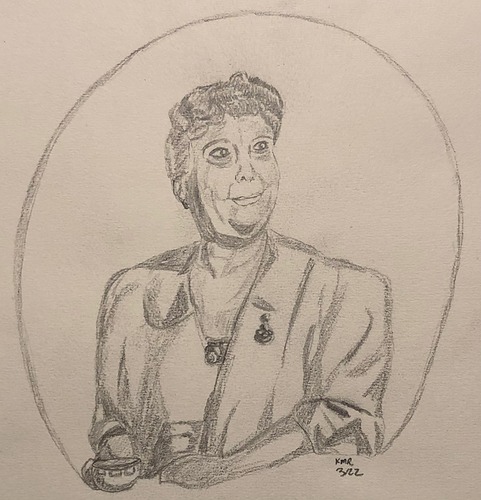 Did you know that Adam West save Madge Blake’s job? When producer plan to get rid of Aunt Harriet, Adam West talk them out of it, the next day West walked into his trailer, he see a cake as a thankyou by Madge Blake.

In my opinion I think she’s such a sweet and kind lady, glad West save her career. By Season 3 she left due to poor health and died not long after Batman was cancel. She was seen a couple of time in season 3 like Batman box The Riddler in Boxing match.

Wow! Thanks for all the information I didn’t know. Adam West was a class act

Wow, never in a million years would I have predicted we would see Aunt Harriet this week. Fantastic choice!
You captured her likeness really well with those kind eyes and coy smile. Very nicely done!

Totally random, but I wonder how Red Hood would work in the Batman '66 world?

Considering his violent ways, he would be complete changed. I would think he would be a redundant Robin, or more so a batgirl in the show. Independent, but still only supporting the big guy.
If I was writing the show, I would make him a villain that is comparable to Bats. Like a Moriarty to Sherlock type. Smart, fighter and has all kinds of gadgets.