LOL, I based it on how my wife tapes the gifts for ours kids. She believes that they should work for the gifts inside now that they are too old for Santa. She is also notorious for doing the whole box inside a box inside a box thing. I am glad you like the fluffy look. I was gonna do jingle bells, but I felt like they were to “elf” like and not Santa.

Thank you for the kind words. Considering the above info, “Lovely” is my term of endearment for my wife. So, it fits perfectly.

That looks great Rob! Did she wrap up one of the Joker bombs from the Cornucopia?
Happy Harlidays Indeed!!

believes that they should work for the gifts inside

Oh shoot did she take Santa’s belt too?

[…] I cant remember which book had her tragic backstory but maybe @keath can help???

Just out of curiosity, why stop in 2011? Strix, Ventriloquist, Porcelain, and Big Shot need love, too.

and creative use for the challenge. Parademon looks great.

Had a lot of fun with this. Wanted to get Bane in there with Dwarfstar so thought of this. He messed with Bane now he’s on the tree until New Years. 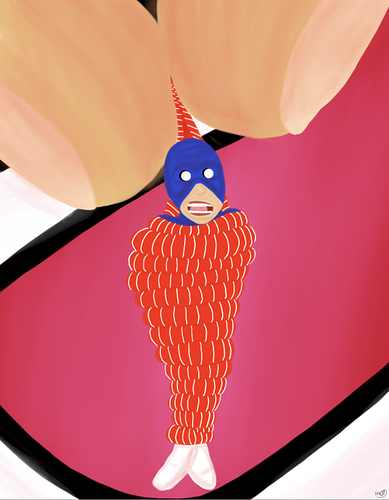 Just out of curiosity, why stop in 2011? Strix, Ventriloquist, Porcelain, and Big Shot need love, too.

Oh, for no other reason than Wikipedia had it broken up that way and it’s an era I’ve at least read a bit of. Doesn’t everything get dicey around the new 52 anyway??

I don’t know about dicey, but to avoid devolving this thread in to a discussion of New 52 decisions I’ll just say that Secret Six didn’t launch until just before the DC You soft relaunch, so only the first two issues bore the New 52 banner. Simone took the blank slate it gave her to introduce some awesome new characters, and work in some great twists on characters that hadn’t been seen since pre-Flashpoint (but also ignored some existing N52 developments). It pretty much stands on it’s own and doesn’t get influenced by or influence anything else going on in the DCU at the time.

But that doesn’t matter - not asking you to redo the list or anything. Was just curious.

Random side thought: The pre-Flashpoint series was essentially canceled for Flashpoint and the final scene is one of the best endings any writer did at that point. 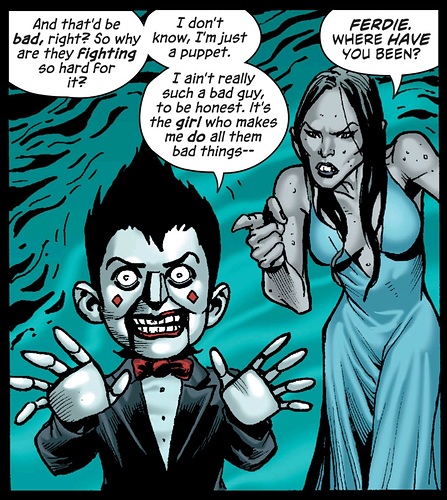