I love this! Especially that Kid Flash came for food!!!

. Mera’s dress looks amazing and the others look great too.

welcome back. Great posing and everything.

For Stargirl made this fun one. Just lighting up the Pit Stop. With and without logo. 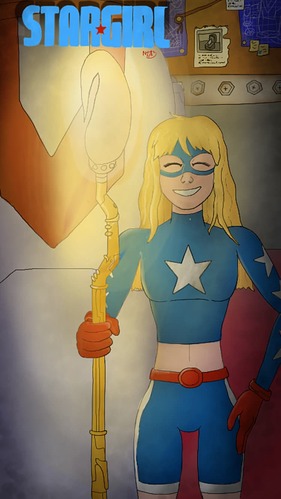 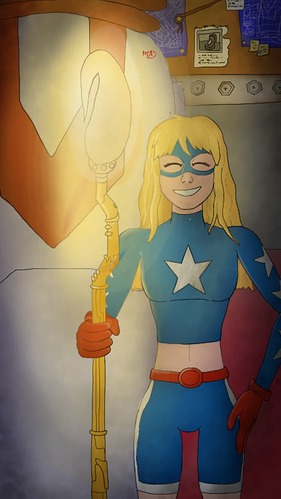 Love the lighting effect on your Stargirl art! Great work!

For Stargirl made this fun one. Just lighting up the Pit Stop. With and without logo.

and yeah really happy how the little details came out on this. 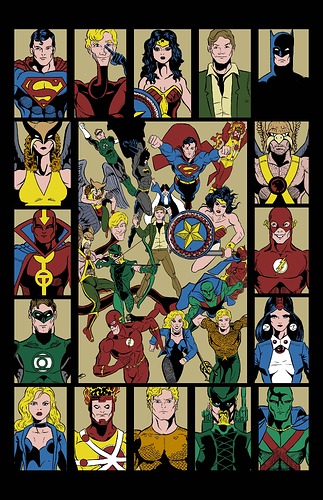 My friend gave me some charcoal pencils so I gave them a try. 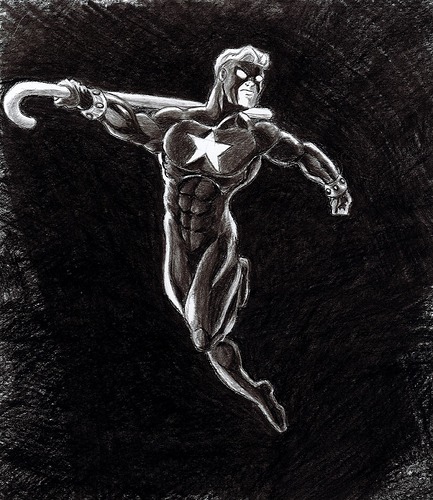 Really like the effect the charcoal gives it and the lighting is great.

Just though I’d share…my son bought me a 3d printer.
These are my first attempts.
Batman was standing on his own until I went a little crazy with the dremel tool and took took a little too much off the bottom, so I stuck him in a kneaded eraser.
I messed up trying to paint Fate’s helmet with enamel, acrylic would probably work better, it needs sanding and more coats. But I have yellow filament on order!.
The mask is one of the first ones I tried. I finally got it right and the right size for cosplay but my son has that one.
I also printed several batarangs. They actually work, just ask the cardboard box the printer came in its full of holes, where my son and I were testing them out. 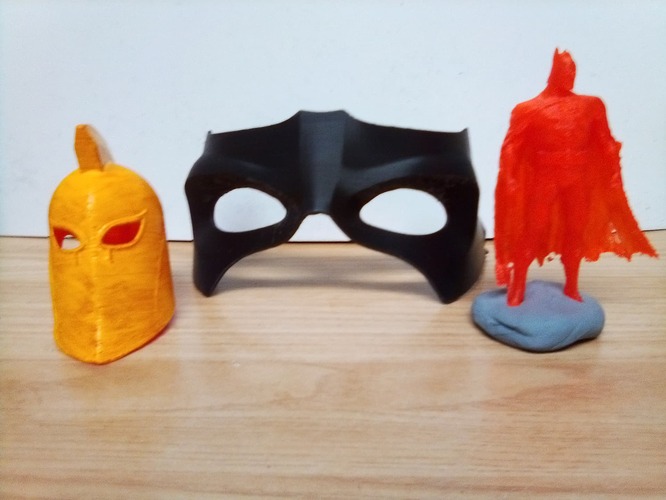 just ask the cardboard box the printer came in its full of holes, where my son and I were testing them out.

Really great work! The 80s JLA is such an awesome era with all the classic heroes plus that wave of newcomers (puffy shirt Firestorm!). You even have Snapper Carr in there!!

Also nice work on Starman. Makes me think your hands were covered in charcoal when you finished this. Totally worth it!

Oooh, 3D printing seems very fun. I haven’t tried it at all yet, but seeing what you made makes me interested.

I went with Jack Knight for Starman. Such a good series in the 90s. Had one of the strongest premieres (0 issue) that I can remember. 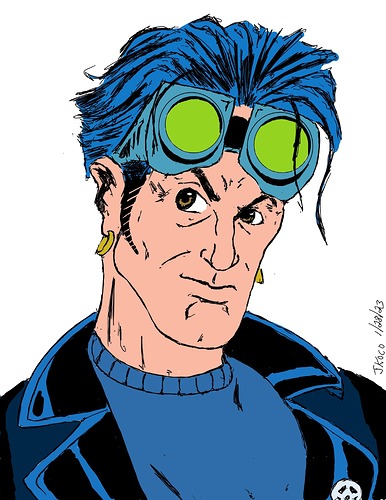 great detail with the face and nice leather shine on the jacket. 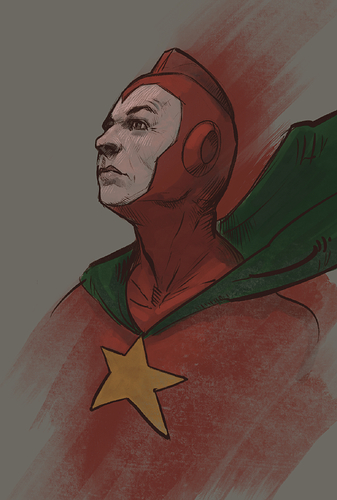 image1223×1812 1.8 MB
Tried something different with this sketch… imagining Starman from the Golden Age if he’d gotten his own movie in 1941.
7 Likes
← previous page next page →