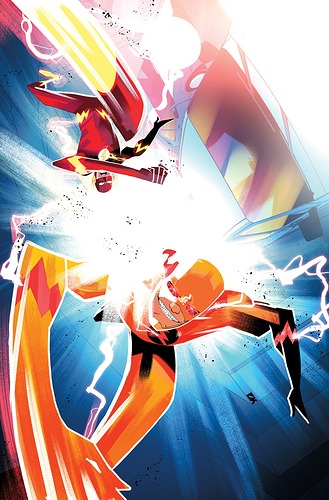 IT’S MONDAY NIGHT SOMEWHERE! (Mondays, amiright?) Wally West is back from his adventure to save Barry Allen, but there’s no time to celebrate, as a new alien with a penchant for golden belts and trucker hair has added a new sting to the life of the Flash! This stone-cold heart-stopper of an issue will have you screaming “OHMAHGAWD!” as the Scarlet Speedster gets clotheslined in the face by a whole new era of attitude! Releasing on 10/18/22!

To build up your anticipation, let’s take a quick peek at some of the variant covers! 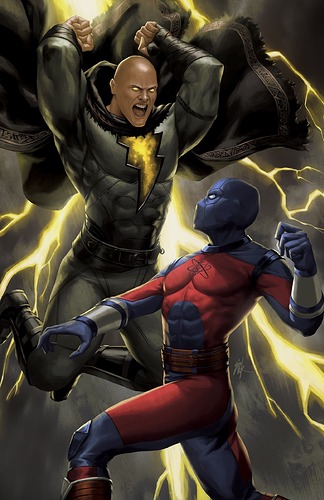 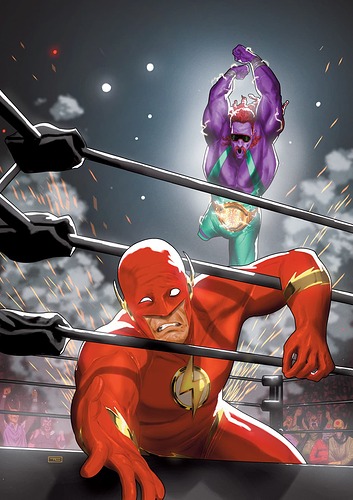 Are you enjoying The Flash? Let us know your thoughts on the series in the comments!

I am enjoying this run of The Flash as it’s my first true exposure to Wally West in an ongoing series, not an event. Love the sneak peeks so thanks for posting these and seeing Black Adam take on Atom Smasher in one of the variants tells me I need to start saving my money because Black Adam themed variants are coming in October!

Haven’t had the honor, but , looking forward to it immensely. 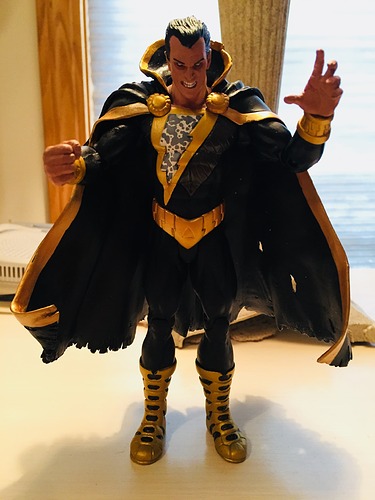 However, I do applaud Michael’s appreciation of Superman III, because to quote him “Underrated movie, actually.”

Are you enjoying The Flash?

Since the beginning of Infinite Frontier, The Flash has been amazing! Absolutely one of DC’s top books, and that’s a fact.

Speaking of The Flash, #784 (a sure to be entertaining gem) hits the stores this coming Tuesday, 7/19: 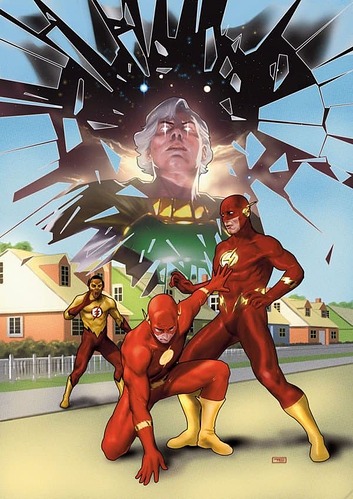