Most of us have watched the documentary on Bill Finger and his involvement in the creation of Batman.

What if he doesn’t get involved? Do we even have Batman now or if we do how different is he and DC Comics?

I don’t know, but I don’t believe Kane’s Batman last long and isn’t endearing enough to endure and if DC’s second title is a flop how does that change everything?

Without Finger Kane would have still needed a writer. I think the job probably would have gone to Gardner Fox who wrote some early Batman stories (including the introduction of the Batarang) as well as co- creating Hawkman and the Flash . While I do prefer Fox to Finger, most of his creations went on hiatus after the end of the golden age. My guess is that a Fox created Batman would have faded out after WWII and been revived during the silver age by Julie Schwartz.

Bill Finger contributed everything to Batman that made him worth remembering. Without him, he would have been just another obscure golden age hero, trudged out of retirement every so often for a JSA book.

Without Bill Finger, Batman would most likely look like this.

And all that cool stuff such as Gotham City, Catwoman, The Joker, Robin, and the Batmobile? Fuggedaboutit! 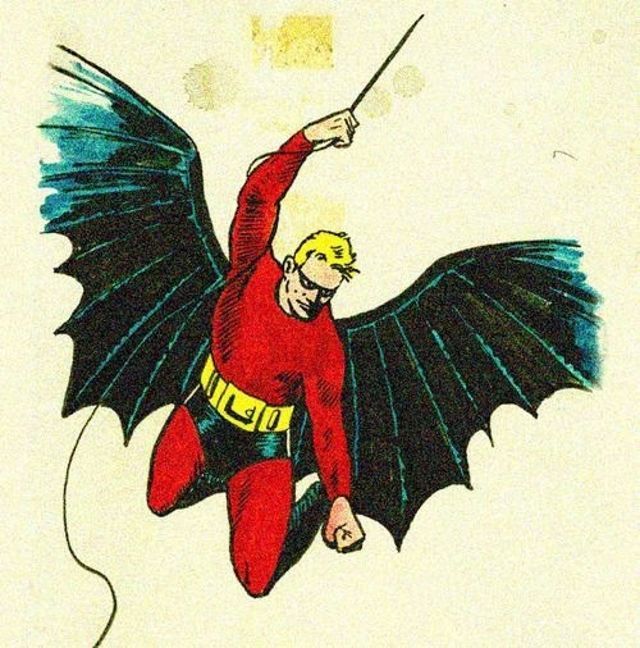 I’ve had a book in my library for years, the title is “The Bat”, copyright 1926. It’s based off of a play. Most of the original elements of the Batman are present in this book, including: a masked character called the Bat, a countryside estate with hidden rooms and secret passages, a murder mystery and a detective that’s really the Bat, a shinning light with the image of a bat in the center. I’ve always assumed Bob Kane either saw this play, or read the book. 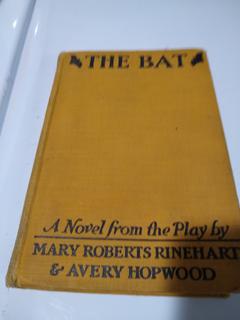 He would have hired a writer although obviously it would have been a much different character, likely only the same in name and basic concept. Depending on who that was who knows, Batman might have reached bigger heights or more likely died out after The Golden Age. But who knows what it would have been like for DC as a whole.

But how it would have affected DC as a whole, who knows. As bad as Batman comics were after WWII and especially after the early 50’s, him, Wonder Woman and Superman contiuing to be printed is the only thing that kept super heroes in the public eye until the Silver Age. Odds are if Batman had not been as popular someone else would have taken up that spot. Maybe Wildcat, Sandman, the Atom or who knows who else would have endured through the 50’s instead of Batman. But it’s also possible if whoever became the “non powered” hero in that spot wouldn’t resonate as well and the Silver Age as we know it never would have happened, or would have played out differently. Heck Superman especially owes a lot of what he is to Batman, as they teamed up regularly to this very day making their characters intertwined. Would Superman/Sandman stories have worked as well? Who can say.