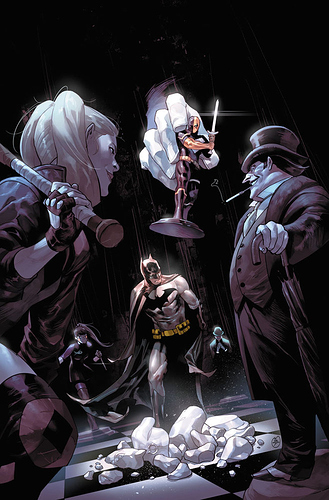 DC's plans during the coronavirus crisis continue to take shape.

This is a sensible decision, so it will undoubtedly cause a lot of vitriol.

Thank you for listing each comic out individually @TurokSonOfStone1950. The accompanying article is also interesting. Providing comic shops a digital “partnership” of sorts may be just what the market needs going forward. Please do keep us updated if you find any more on this topic. I’m curious to see if it comes to fruition.

Side Note: My Birthday is this upcoming weekend so Batman #92’s arrival is right on time!

Glad to be of service

Providing comic shops a digital “partnership” of sorts may be just what the market needs going forward.

Though something that’s been done in the past – I remember my old LCS from before I left Arizona had their own sort of Comixology link/store where they would get a kickback from digital sales (think like what some people do with Amazon), but around that time I wasn’t quite as into digital as I am now. 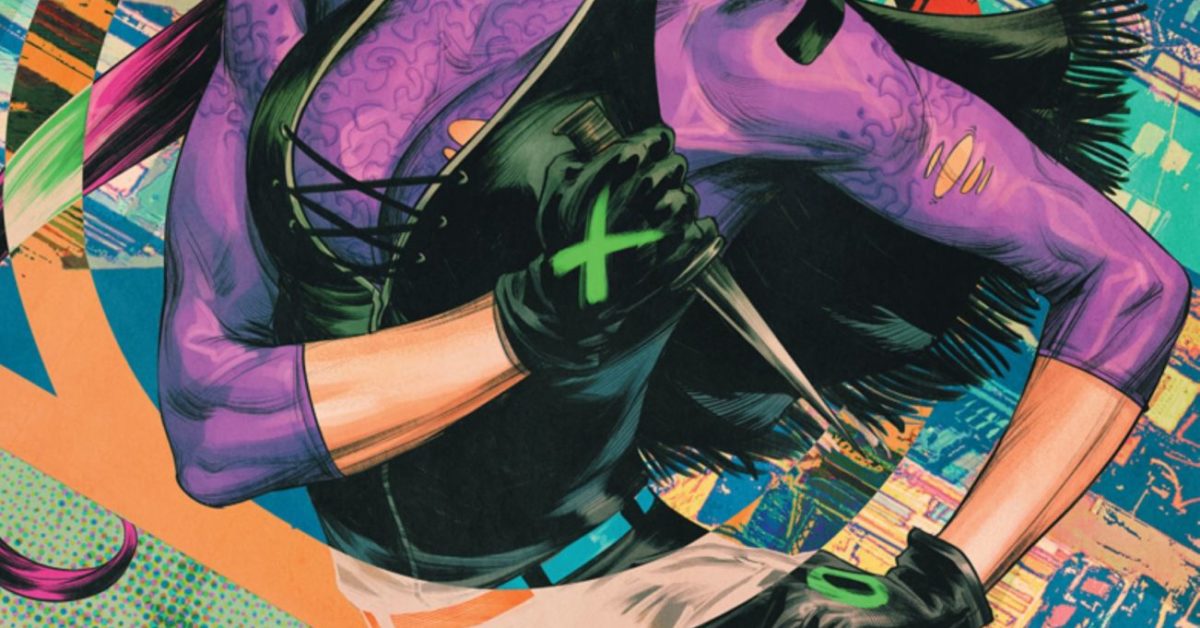 DC Comics announced the use multiple distribution options, physical and digital. Outspoken retailers are raising concerns about these plans.

Seems Batman 92 is an important comic

First cover appearance of Punchline, the new girl friend of the Joket.

DC says that their research show digital readers are a separate readership than those who buy physical copies only.

The forum shows us to be all over the place on.that issue.

I cant get to a comic book store. Two of them were on the second floor with no elevator. I don’t have room in my apartment and my vision makes it hard to read comics or other printed material.

Many of our members buy physical copies for the current titles but use the library for titles they wouldnt buy or for older issues not available.

Boy, what a negative “article”. It’s hard to tell if this is the general consensus or if the “author” only selected scathing reviewers to discuss (in spite of having a diverse grouping of locations).

I’d also be interested in this “data” that separates digital and physical comic consumers. Many topics on DCU indicate that it is becoming a more blended and overlapping customer base. Readership on the app also proves out that even the physical comic preference is being swayed by digital reading services like this.

Part of this is pure panic from comic book store owners. They have been forced to close in most areas and have huge problems in staying profitable.

They are very frightened by the threat of digital.

It has been said that the Direct Market requires that digital comics be sold at the same price as physical even though many of the cost of physcial such as printing and distribution costs do not exist digitally.

Also if you are a big collector, where do to put the Comics? How do you keep them in good shape?

If you are s young person and have just moved out of your parent’s house to a tiny apartment, the problem gets worse. And most people consider comics to be something you outgrow. People you date may make negative assumptions about you if they see comic books in.your apartment. Even if they don’t hate comics, they may worry you soend too much money on them, like an alcoholic or drug addict.

If most stores close

These are things that keep Comic Book Store Owners up at night.

And now they can’t open their store.

And DC is going digital only.

You can see why they are upset.

Do we know what isn’t getting released?

That site is poison.

They are upset, and understandably so. But the comics model is strangling the size of the market, from the price point, to the distribution, to the marketplace (LCS). I love my LCS. But it’s clearly not growing the market, and hasn’t for at least a decade. The same kind of panic greeted the Walmart comics, and those don’t seem to have destroyed the LCS.

Well to be honest I like physical books to read ,so I’m going to start buying back issues through some of the stores online and have them mailed to me rather than buying anything digital which is a shame. this is going to be the first time I have not been able to stop by the local comicshop and buy comics in 20 years. On this site I usually just read the digital’s because a I want to see if it’s worth buying to add to my collection or because the Comics that i want to read are so expensive I can’t afford to buy the issue, but since i have a choice I will not be looking at digital for the new books. And start looking online to order hard copy of issues.

Thanks, though now apparently everything is delayed until the 29th. Ugh. I wish they could pick something and stick to it.

Freedom Fighters: Rise Of A Nation

Wanted: The World’s Most Dangerous Villains #9

Everything else held back for four weeks 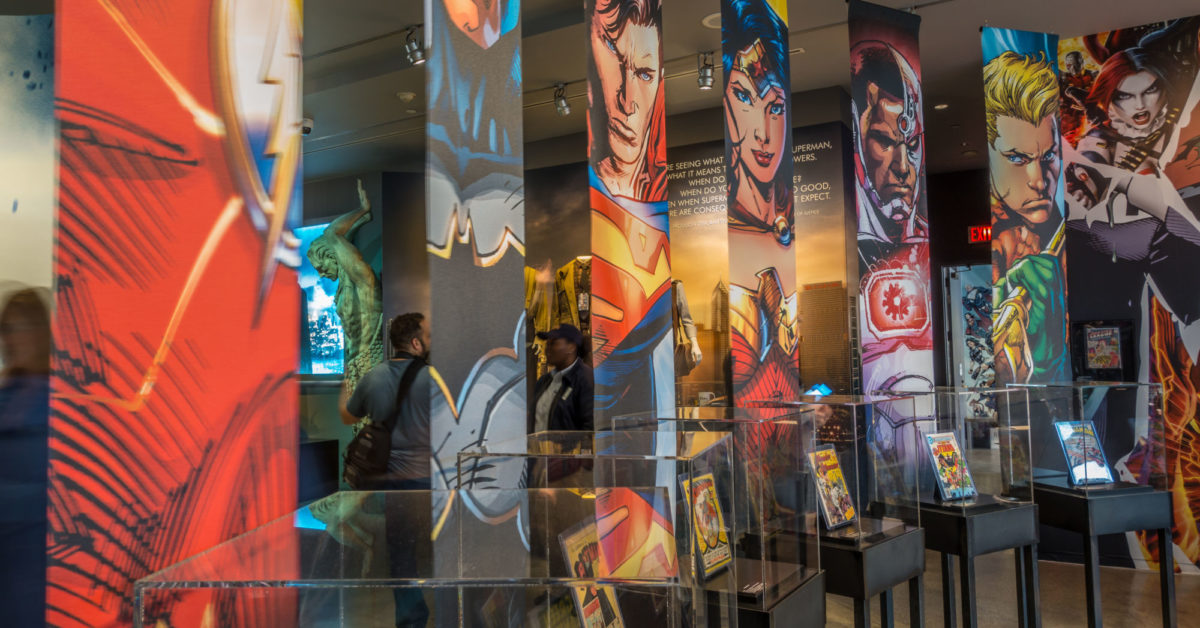 DC Comics' Director Michael Shelling has announced the new listing of their titles that will be available digitally this Wednesday.

I’m sorry for the shops, but this is the 21st century. If comics dont adapt they’re going to die.

Comics have already adapted. Digital comics have been around for a couple decades. The overall comic industry is safe.

If local comic shops and physical copies die, the overall market will experience massive shrinkage. It’ll survive, but it’ll be minuscule. Much like the comic strip industry.

If DC gets as low as the comic strip industry (which is completely possible), DC comics might just close down. Superman cartoons and movies will still be around, but he might end up like the Lone Ranger, the Phantom, and Tarzan. (I’m suggesting one movie every 20 years.)

These are real possibilities. And only DC management can address the root problems: Physical DC comics are simply not easy to get. The price point is too high. Most cities don’t have comic shops. Most comics have controversial topics. Ultra-violence and over-sexualization isn’t something that the masses are seeking. And if they are, they prefer the in-home privacy of the internet (instead of walking into a store, in person). And I’ll say it again, the price point is too freaking high!

DC needs to make fun, exciting adventures again. Dark, brooding, and boring simply isn’t attracting readers. And not every story needs to be another Dark Knight Returns. Create some Panic in the Sky, create some detective mysteries, create some puzzles for the characters which are fun for the readers to figure out.

And lower the damn price point!!

The issues with punchline are available here?I can’t find them :((

Will be in our library a year after being published as per agreement between DC Universe and DC Comics who actually produces the comics.