Have you ever had what you might have had an idea in the shower or elsewhere about a DC character or plot point or comic book? Here is the place to post those random ideas to share with the world!!

I will start with:
Endless Winter would have been a great way to re-introduce Ice.

Even without his powers Clark is a really buff guy who can still wipe out evil minions by the dozens.

Headcannon or fan fiction really that Black Adam was actually chosen as a champion by the wizards because he was the offspring of a Egyptian god, making him a actual demigod and explain why he is so powerful compared to Shazam and give black Adam a more personal relationship with the Egyptian gods that also explains why they wouldn’t or cannot take away his powers.
My thoughts that it would be the goddess Maat who represents Justice and order in the Egyptian pantheon.

Black Adam does not consider himself a half god, but the hand of the gods with divine duty to save his people.

He also gets plenty of his self-righteousness by believing that the wizard did not take his powers, as he knows there is a place in the world for somebody like him.

Black Adam is not a big order guy at all. His goal is to dethrone tyrants.

I understand your skepticism and remember it’s just thoughts that came up occasionally about the mythology of Black Adam.

I was really interested in the way books like Wonder-woman( Brian Azzarello) rewritten her origins that gave her a divine nature that got me thinking about Black Adam.
I agree that the modern Black Adam doesn’t think himself a god but it would be interesting to have Black Adam explore his humanity when confronted with the possibility he is part of a pantheon.

I am all for reworkings of characters. It has worked and it has failed but I am always up for a change of pace.

I miss the Elseworlds kind of comics. I would like to see more of those.

We did sort of get those in the Dark Multiverse stories. Really, it was more of a “What if?” type of thing but there is a Wonder Woman story in here for ya! 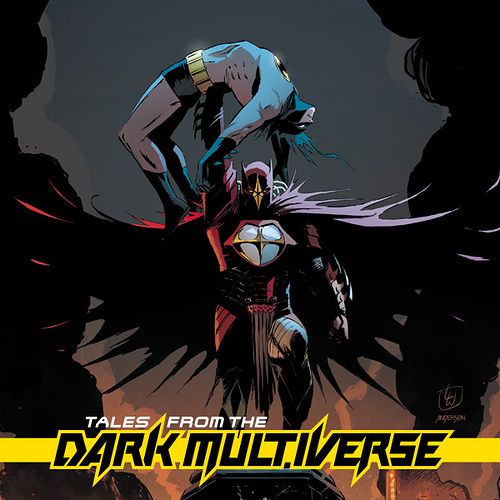 Tales from the Dark Multiverse

Don’t miss this twisted tale from the pages of the game-changing event “Batman: Knightfall”! Thirty years after Bruce Wayne was broken and failed to take...