DC Comics of the Post-Apocalypse 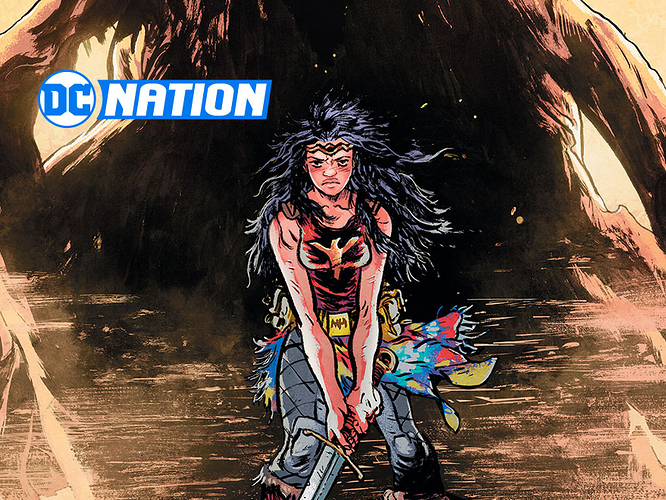 image880×660 446 KB
I am all caught up on DCeased and it was amazing, but that was more of a zombie book. While one could argue that zombie stories take place in the post-apocalypse I prefer the more dystopian side of things, at least for the purpose of this topic.
1 Like
Kon-El-Prime June 13, 2020, 5:07am #2

Batman Last Knight on Earth. Another Black Label Book. Best enjoyed if you’ve read Scott Snyder’s Batman, but still can be understood on its own.

There are two Kamandi books! One from 1971 that has 40 issues on DCU and the other is from 2017 with 13 issues. They are both on that evergrowing read list.

I will have to hope that Last Knight on Earth ends up on DCU sooner than later or I can ask my friend to borrow his copies.

Not sure it will. I don’t think they release Black Label books on here. I’d just borrow (if you’re interested enough of course).

That is the impression I had and then they released that one Batman Black Label series. Maybe they will do more?

Oh maybe I was wrong then. I still haven’t scratched the surface of what they have to offer here on DCU.

Here is a link for Batman: White Knight. When this was originally released it was Batman: Curse of the White Knight. So maybe this is an edited version? Either way, they have the story here for us to read!

I saw that recently. It confused me. I was under the impression I wouldn’t see these kinds of books on here.

Regardless, good pick! Both books seem very popular and are on my to read list

You are correct!!! That makes SOOOOO much more sense. However, it might open the door for Black Label to show up on DCU?

That’s why I got confused. I do most of my collecting in TPB and online. No LCS. I assumed this was a Black Label book because that’s what’s on the trade. I never saw it released monthly. Makes total sense now.