Will and/or could any sort of alternative timeline storyline to DC comics future state continuation potentially explore all could that have happen to all of the Batman’s Gotham characters throughout the DC comics Future State timeline from the years 2025 through 2070, 2075, 2080, 2085, 2090, and 2100 hundred basically from 2025 to the start of the 22nd century.

It could! The “Future State: Gotham” series by Josh Williamson is currently set in the time period that those Gotham books depicted. As with all potential direction, success of the line will indicate how much of Future State is further explored.

Here is
One version of
The Timeline 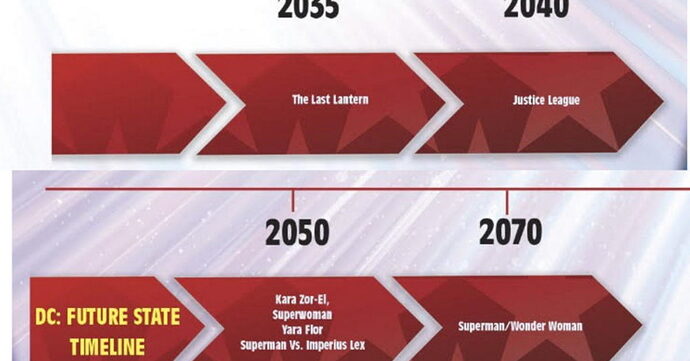 Let's Have Another Look At The DC Future State Timeline

Back in November, the DC Comics Future State preview book revealed the full DC Future State timeline and what book goes where. It didn't get a lot of 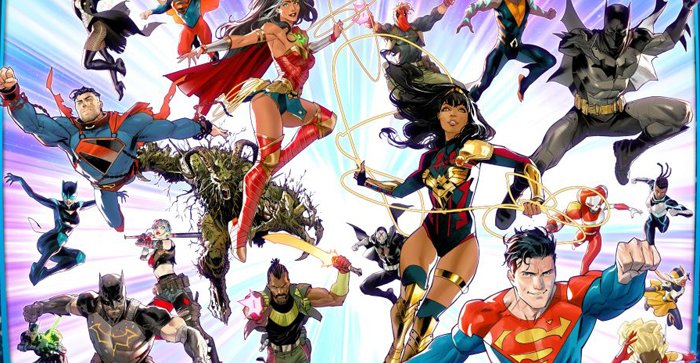 DC Future State: Your Guide To Everything You Need To Know

This all-in-one guide is here to answer all your questions about DC Comics' Future State. Find out what it is and the comics involved.

I already seen that I just was thinking about adding its missing calendar dates(with the inclusion of every five, ten, fifteen, 25, 50, and hundred years.)

Thanks I guess I was thinking about their being a exploration of the following: Humans Could Live up to 150 Years, New Research Suggests

A study counts blood cells and footsteps to predict a hard limit to our longevity:Scientific American but with a twist of rather than taking its usual anti-aging prejudicial route slowing down or eliminating both the internal and external biological clock/ gradual aging process. Rather combining it with the following social/philosophical resistance movements revolution

We can choose to be relevant and visible rather than to quietly disappear: considerable, How to Be Part of the

The actress delved into the science of aging for "The Longevity Book."By ABC NEWS, and Justine Bateman Wants Women to Love Their Aging Faces

by Christina Ianzito, [AARP]. Through science fiction technology slowing down the internal biological clock (aging process) but not necessarily the external clock/ aging process and choice of upkeep of various healthy lifestyles. Since there are those even those burgeoning among the Hollywood celebrities that are developing the viewpoint that the Pro-age movement as social/mental resistance to the age prejudice is potentially the next social revolution step to feminism especially since within society, and Hollywood it self it is currently and mostly has always been expected of females to remain/retain as youthful as possible. I just had to bring it up since that besides the LGBTQ movement the feminism movement is a major subject to be currently normal in having supported.

I guess that I was thinking that within the hero characters attempt in gradually developing a genuinely ideal society to have a normal rate of gradually aging appearance could develop into a social symbol of chronological age symbol even if their internal biology is not necessarily of that particular biological age.