tells Funko exec that there’s a demand for a Jess and Simon Pop two-pack, the Funko exec nods and quotes Billy Dee Williams’ Harvey Dent by saying “We’re working on it!”

Those Funko folks have a ton of stuff on their table, so if it doesn’t materialize soon, don’t blame me.

moseys over to Todd McFarlane and his DC team’s conference room and pitches them on a Simon and Jess two-pack in their Multiverse line, which is hailed with cheers from the team, who then picks me up and says “For he’s a jolly good fellow!” as they carry me through the McFarlane offices

@moro Mattel came so close to doing the Injustice Trinity in their DC Comics Unlimited line. They did Superman (who’s great) and Batman, but sighs, heavily no Wonder Woman.

I could see McFarlane doing them all in one wave. Along with Mega figures of Swamp Thing and Solomon Grundy.

Oh, I bet they’ll do an Injustice Harley, too.

I have the Mattel Injustice 2 Batman and Superman figures, made out of metal. They’re cool statuesque pieces that I keep on my bottom shelf for fear of what the occasional domino effect would do to the rest of the figures (and glass shelves)

On board for McFarlane’s inevitable iterations.

I have those, but never opened them. A curious choice to make them in metal.

The DCCU Injustice Superman however, he’s one of my favorite Mattel 6" Supermans. Very nice, all-around.

A new Hot Wheels Batman 5-pack that’s been found at Walgreens and Target:

Its a set where Joker and Harley Quinn (cough Attn @Razzzcat, and the set is only $5 cough) are being pursued by Batman in the TDK Trilogy Batmobile and Batgirl (Cass, given the colors) in the Batcopter, while roaring into Metropolis and being tailed by Metropolis PD.

So my headcanon says, at least.

The McFarlane store has new pre-orders up:

Also, a packaged shot of their Rebirth Superman: 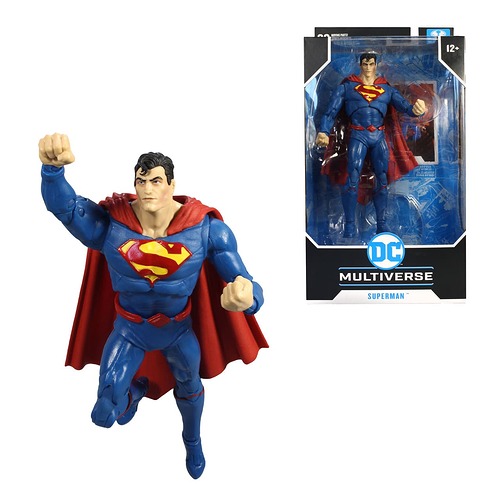 I love that most of McFarlane’s Supermen come with flight stands. I hope the single release of Hal has one, too.

Finally, some Targets have the Collect to Build assortment of Multiverse on clearance. Mostly the Darkfather wave (Wonder Woman aside, I’ve seen everyone in that series for $12.49 a few times now) along with the Last Knight on Earth Scarecrow.

Mego Green Arrow and Ra’s Al Ghul. Apparently only available for a week. 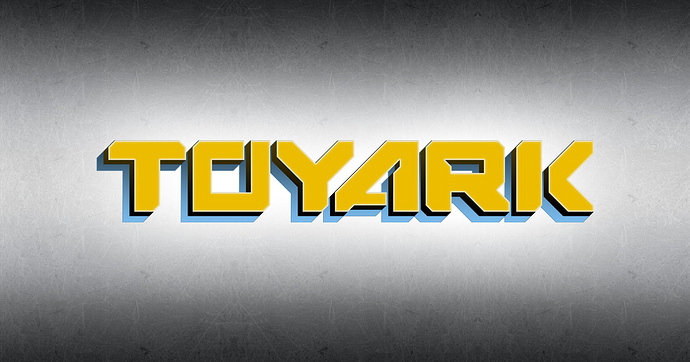 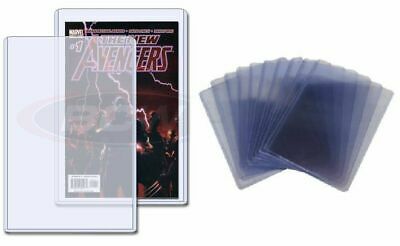 The best possible existing condition of that comic book. Only very minute printing and bindery defects or the most barely noticeable handling defects present. Many pedigree collection comics have a notation on the cover or the interior of the comic...

I’ll leave the reader copies in the bag/boards. Also with the top loaders, all I need is the bag. I can see the backs of the comics now without the board obscuring the back cover’s image. 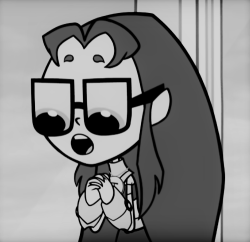 Comic Top Loader (Pk of 10) Current/Silver Size | eBay
I’ll leave the reader copies in the bag/boards. Also with the top loaders, all I need is the bag. I can see the backs of the comics now without the board obscuring the back cover’s image.

Amazon has the Multverse reverse flash figure up for preorder, ship date december 10

They really are Excellent @xLOVEandDoomPatrolx.

The Harley Q. comic that I ordered was shipped in one and it’s very cool.

The Harley Q. comic that I ordered was shipped in one and it’s very cool. 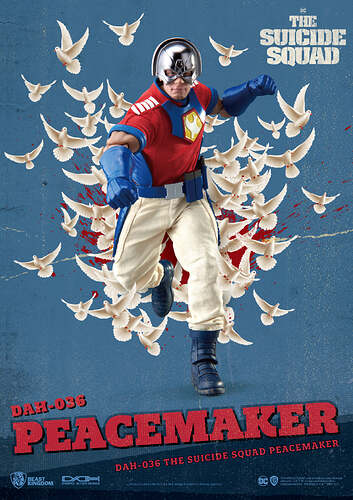 Photos and details have been shared by Beast Kingdom for their next DC figure. They have announced a Peacemaker Dynamic 8ction Heroes (DAH) Figure from the recently released The Suicide Squad. In the movie, as well as an upcoming HBO Max TV Series,...

Entertainment Earth has got the new McFarlane Princes Bride figures up for pre-sale: 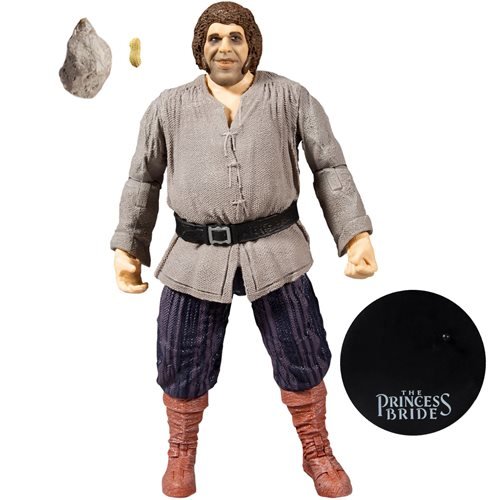 The McFarlane Store has an exclusive 5-pack of The Suicide Squad wave up for pre-order. Maybe it’s a good thing I initially passed on these figures, as this set has some appeal.

Possible heads up on the McFarlane Year Two Batman. It turns out that Target has been sending emails about shipping delays and you have to approve it in your order. (Not sure what happens if you don’t. Maybe nothing). This might not be news to others who ordered it but my Target emails get filtered into one of my folders so I almost missed it.

Gamestop having a DC flash sale (including holiday funko pops in-store for 78 cents!)

View all results for . Search our huge selection of new and used video games at fantastic prices at GameStop. 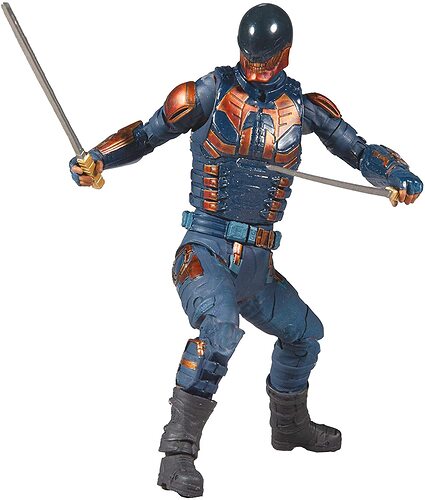 does anyone know if there’s at least joint in there under a rubber outer piece? thank god he can bend his toes

Batman Day Giveaway a Rafflecopter giveaway *Must be 18 years or older...