Here is a new rumor floating around, and before you say, oh it’s just Bleeding Cool… They have been accurately reporting on the recent changes at DC pretty well lately… Not sure what to think about this. Especially if I never get another Ted Kord series again 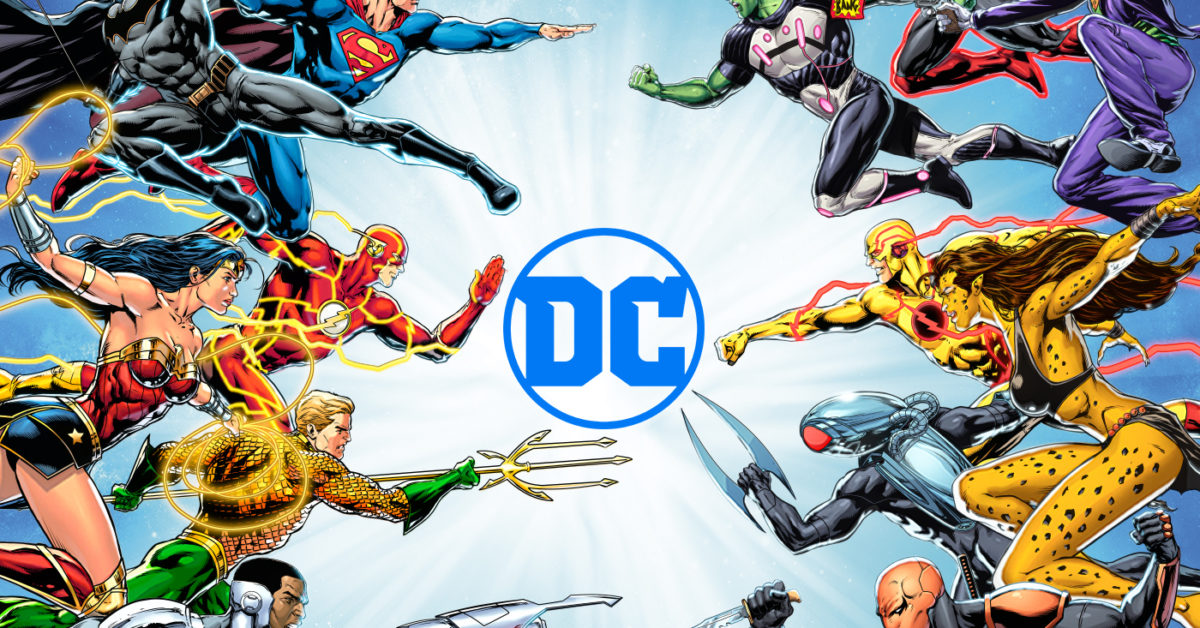 I have heard versions for this rumour on and off for the last 15 years, alongside the word that Dan DiDio was going to be fired as DC Comics publisher.

a switch away from month print comic books towards digital comic book serialisation of stories, then collected in trade paperback sized volumes, or larger, thicker, anthologies aimed at a general mass market, a bookstore market, the bookfair market, the likes of Amazon – and then comic book stores and the direct market almost as an afterthought.

Wait: did they hire me as their consultant and never bother to inform me?

DC should give Knox a grant

And i just read another article by Van Sciver that sounded like a crazy rant but made perfect sense, other than the licensing of characters. Sigh…goin back to just reading funnybooks and not reading ABOUT funnybooks.

I still think that EVS got out of DC at the right time.

So you mean to tell me that if it’s not JL characters they’re gonna cancel the series and I could never see Nightwing or Titans again?! Look, if they don’t wanna experience arson I suggest they make right choice.

You will see these characters in Detective Comics. They’re not going to drop beloved characters. That would be suicide.

That’s what don’t want - Dick and other characters bring regressed to sidekicks/side characters when they should be independent. So again, if they don’t wanna experience arson I would suggest not doing that.

I guess it’s not a thing to me. Dick didn’t have his own solo series until I was mostly a grownup. I’ve seen favorite characters come and go in their own solo titles. I loved Azrael and Robin with Tim Drake, but they’re long gone. I’m happy to see them in a team book vs not seeing them at all.

I’m just a “purist” in the sense that if you tell me a character is no longer a sidekick or side character then I expect that idea to be upheld. Stay true to and respect the way you advertise your characters. DC loves to tell the audience that Dick has grown up and become his own man but continuously treats him like a side character. So in my eyes to make it worse by taking away the one thing he has left outside of Bats is appalling!

Even if they completely abandon comic shops – which I sincerely doubt – what’s more likely is that they’ll be in the digital market. We’re already starting to see that, with the announcement that DC Universe Infinite will have it’s own, exclusive comic series.

What I think will happen is that single issues of, say, Batman and Nightwing and Supergirl will be exclusively digital, but we might see them collected as magazines before going into trade. There will still be single issue floppy issues, but they’ll be the more prestige variety of books, like “Batman: The Three Jokers.”

I still think that EVS got out of DC at the right time.

See I strictly collect in collected volumes so if they kept every series and gave us a bigger variety of characters woth the single issues on digital and collected volumes in trade paperback I’d be okay with that. Like I gotta have my Nightwing, Titans, and Wonder Woman, wanna get into Aquaman, and want a Stargirl series. I’d totally do Batman Beyond too if it wasn’t the future and rather it’s own thing.

Yeah, I think all his ranting is just him wishing DC failure because in his mind it would validate his gross, predatory, bullying ways and not have to face the fact that he alone is responsible for the death spiral of his career.

Yeah, I think the push to digital would actually allow for more creativity and experimentation – after all, having to print tens of thousands of copies can be cost prohibitive if the return on investment isn’t there.

I’d totally do Batman Beyond too if it wasn’t the future and rather it’s own thing.

What do you mean by “its own thing?” Because I think being in the future is the thing that makes Batman Beyond so compelling.

As in like it’s own universe like the DCAU. I just don’t think it fits the main line universe.

This is scaring me. If Jim Lee leaves, dc will be shutting down. That would be the start. Att seriously hates dc.

Do not worry, I had Robin make several clones of Jim Lee in case of this emergency. We are currently at Jim Lee #45, and she already has 82 more ready.

Idk, I feel really torn about this. On the one hand, DC Comics (or rather, the AT&T overlords) changing their publication tactics to maximize their profits is a perfectly reasonable business tactic. On the other hand, it completely wrecks the (already unstable) business practices of most LCS’s. Hopefully it will never come to pass and things can just stay the way they are now​

things can just stay the way they are now​

Things can’t stay the way they are now. Print media continues to be on the decline, as are brick-and-mortar stores in general (not just book stores). Local comic shops are no longer sustainable outside of major urban areas. The industry’s ordering policies keep profit margins low (if existent at all). Single issues are targeted almost exclusively to adult collectors. And the consumers have to cross their fingers and hope that they find a store that isn’t run by (or heavily frequented by) someone who fits the stereotype associated with the business.