Share your first impressions of a character versus your opinion on them now? 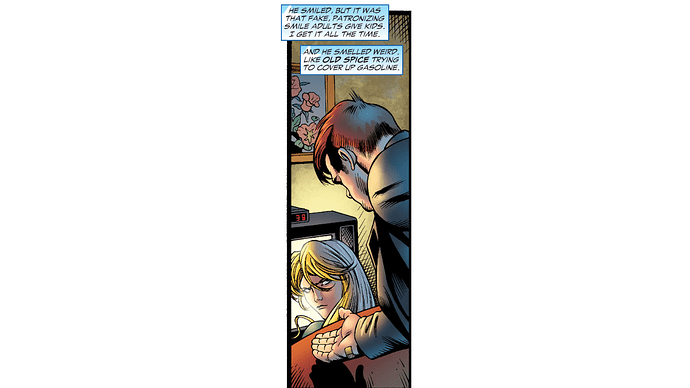 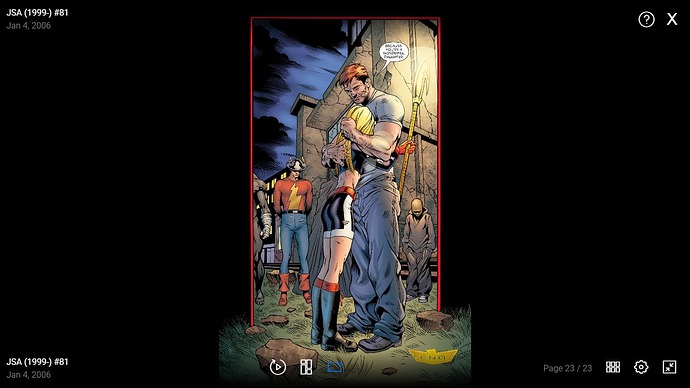 Initially, I hated Guy Gardner with a burning passion. I thought he was arrogant, overly macho, annoying, and abrasive. The turning point was actually @thrakaboom 's fascinating essay on reading Guy as a trans man. Also, I was starting to seek out Booster Gold comics and it got pretty hard to avoid Guy Gardner. So, I read JLI and I eventually warmed up to him.

I used to believe it was a big mistake to have brought Jason Todd back in Under the Hood. Now that I’ve come to understand him better, he’s one of my favorite characters.

I never knew that their were new lanterns in the dc universe, being that I got into current comics maybe after reading Marvel’s Champions. Justice league Odyssey was my first #1 in comics in a long time.

Remembering my first thoughts about Jessica Cruz as a 16 year old was maybe…“Oh, she’s pretty.” 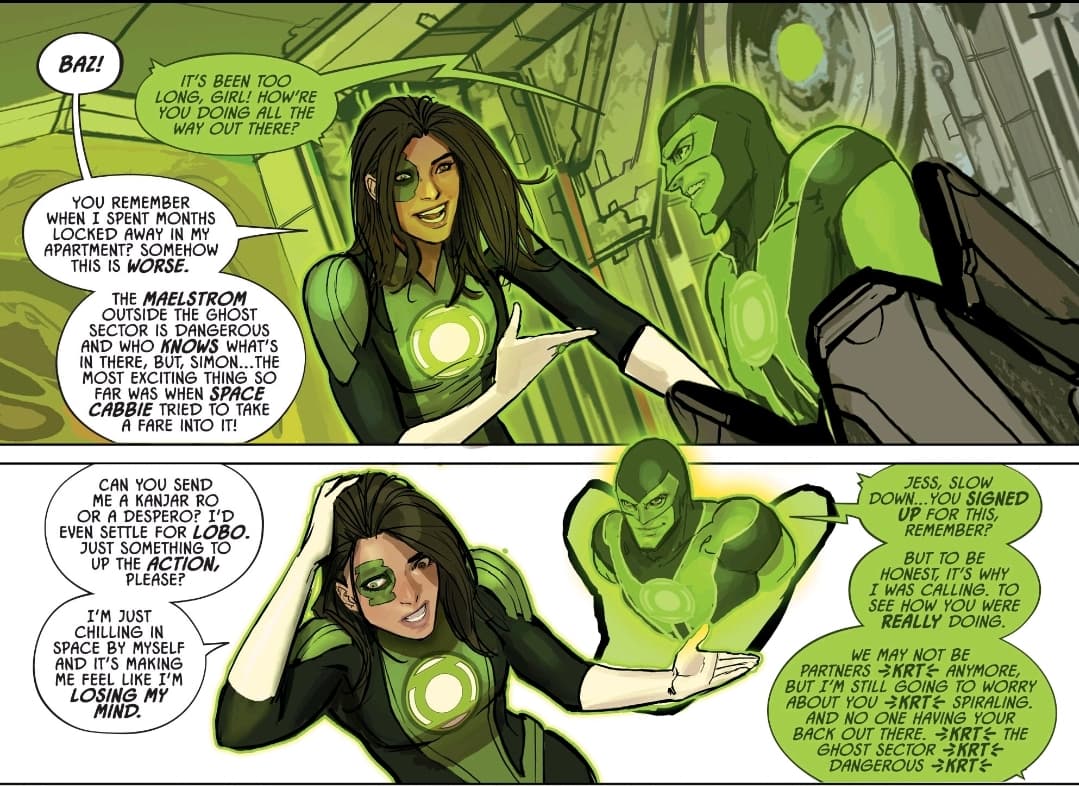 Screenshot_20230118_172931_Infinite1079×787 144 KB
It helps the artist for the six issues of this comics was the amazing Stjepan Sejic and I was drawn to that and him making all of Jessica Cruz lantern powers vibrant and alien made me pay attention to her little more than even Starfire and Cyborg. 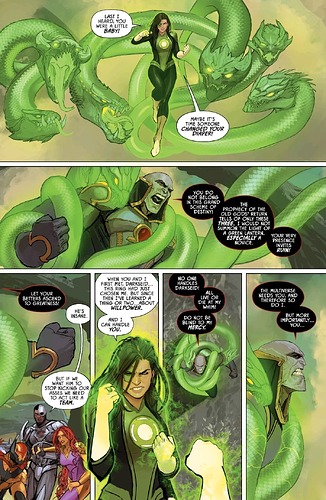 Besides the aesthetic and superficial reasons, I really liked how Jessica Cruz had relatabilty that made her so much fun and cool to read about. She honestly carried that team and who knew towards the end she became the protagonist who was meant to save the Titans and Azrael by going against Darkseid. Yeah, I say that made me call Jessica Cruz, my favorite. 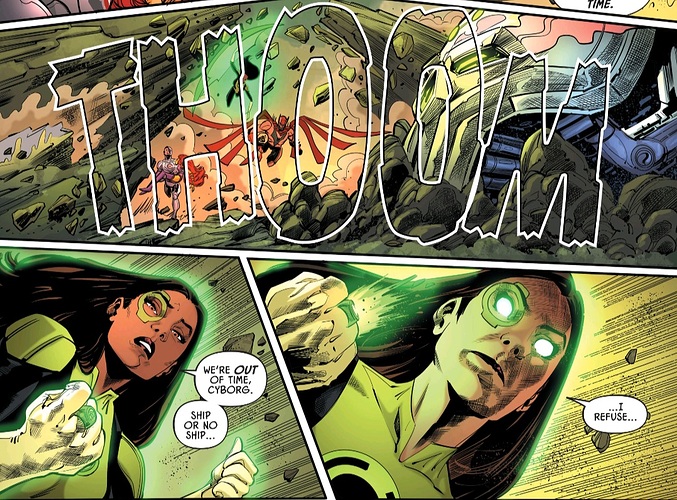 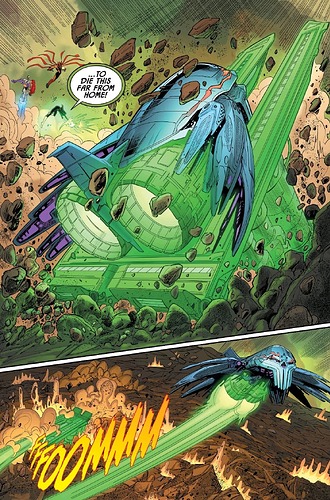 The first green lantern I knew about YEARS before I ever got into DC was Simon Baz, because I was like “holy crap there’s a Lebanese superhero??? I gotta tell my mom.”

YEARS before I ever got into DC was Simon Baz

See, I’m looking at this like, ‘years? He was only created… Oh wow. I guess that was a few years ago.’ Thanks for making me feel old.

Damian at first seemed like an annoying obligation. The writers needed a Robin and we got this random annoying kid. I still don’t like him but now I see that he’s more than that. He is kind of supposed to be annoying.

Conversely, I used to love Nightwing with a burning passion. After actually diving into his comics later in life I realized he’s a bit of a jerk. Still like him but the name is appropriate.

Teen Lantern — Didn’t like her at first. Do now.

Harvey Bullock — REALLY didn’t like him at first, but he’s my second-favorite dc cop now.

See, I’m looking at this like, ‘years? He was only created… Oh wow. I guess that was a few years ago.’ Thanks for making me feel old.

Misunderstood the thread lol. I edited my response

In recent comics, he seems more arrogant to me.

In recent comics, he seems more arrogant to me.

First impression of Stephanie Brown was in Batgirl #27 (2000), and she was written very whiny and treated like an incompetent by Babs and Cass. I didn’t like her much.

I now think Steph is the best character in all comics, DC, Marvel, and indie, and think that issue is a disgrace.

So funny enough, when I first… met Jason, I didn’t really think much. I didn’t get a whole lot of information though, all I knew was that he had beef with both the Joker and Batman, but not much was explained to me at the time. Truth be told, I heard of his name but wasn’t given anything else, so anytime he was mentioning I was like, “I know that name, but who is he?” Eventually I learned that he was Robin, got killed by Joker, but I was… admittedly, in love with another Robin, so I didn’t think much of it.

Finally, I got the whole story when I decided to do some digging, and then it all kimda made sense to me. During this time, I had yet to see his actual face underneath that hood, and when I finally did (in the form of fanart, believe it or not), it was literally love at first sight. What was once a character who’s name floated around me and nothing more literally became my overnight obsession and 6 years later, the obsession is still strong

I hope this counts. It’s more my first impressions of a version of a character.

I hated Booster Gold and Zatanna in Smallville until the comics. Now they’re some of my favorites!

I love Booster in Smallville. I think Zatanna in it is a sucky hero, but mainly since she is very new to the gig, so I let that slide.