Club Owner’s Note, 4.8.21: Thank you, to all our 900 DC Book Club members, for joining our very first installment to discuss JUSTICE LEAGUE: THE TOTALITY! If you’re still catching up on the reading, no problem at all! This is an ongoing discussion, and you can join in at any time

To vote on the comic book for the next installment of DC Book Club in May, be sure to check out our latest Newsletter here! If you can’t see the newsletter, you can find more information on how to join here.

Read on to see what we discussed in March for JUSTICE LEAGUE: THE TOTALITY! 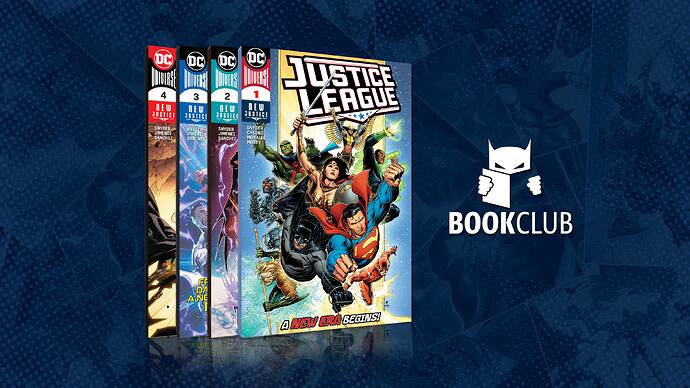 This month, the DC Book Club is partnering with the 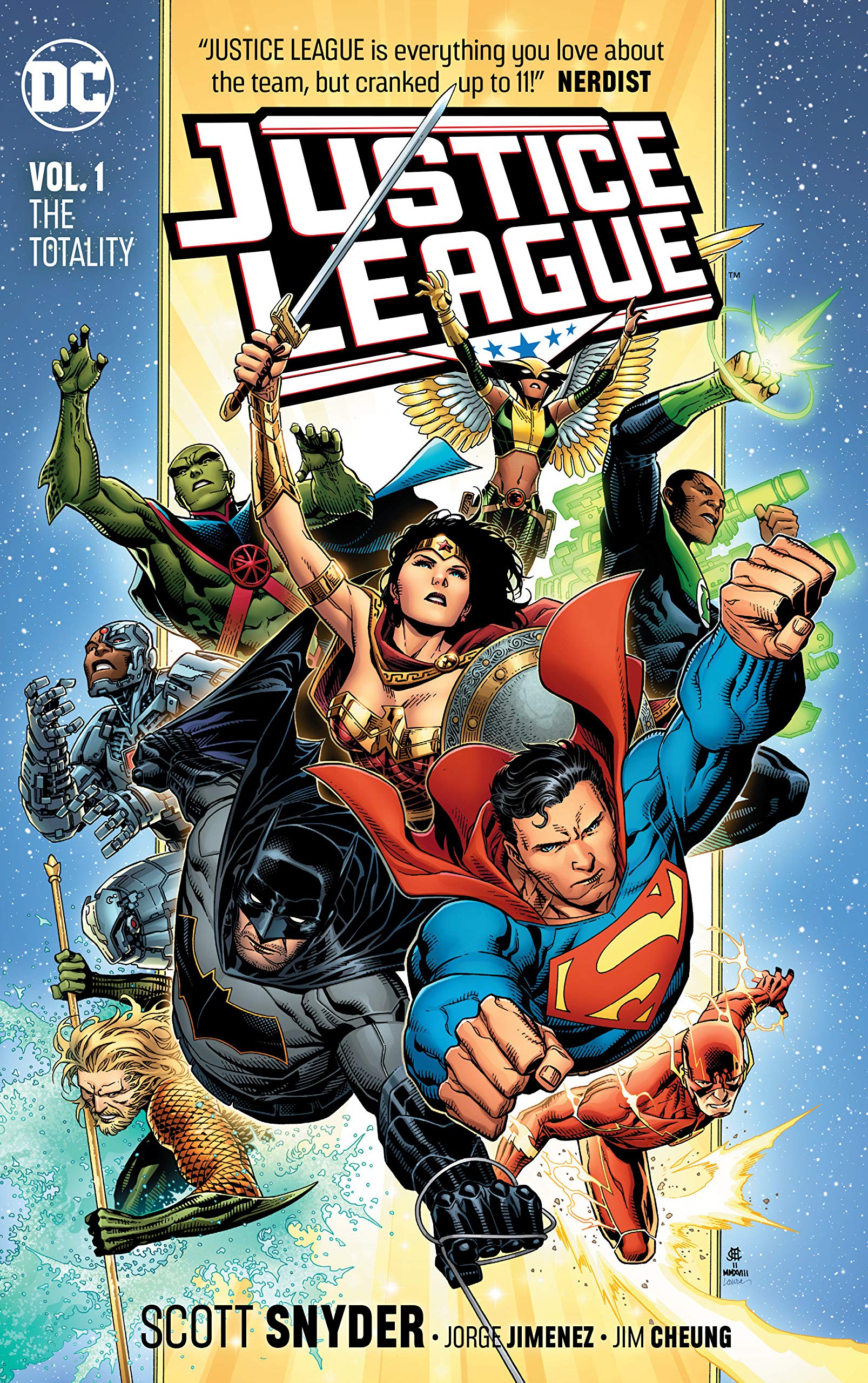 They call it the Totality: the concentrated essence of the secret Source of all things. When it crash-lands in the Nevada desert, everyone and everything that comes into contact with it comes out… changed. And power like that attracts the power-hungry. The mad, the merciless, the monstrous.

The Legion of Doom.

Lex Luthor has assembled the Justice League’s archnemeses–Sinestro, Black Manta, the Cheetah, Gorilla Grodd and The Joker himself–into an unstoppable alliance, out to seize the Totality and use it for their own unspeakable plans, beginning with a brand-new Lantern Corps…

You can find Justice League: The Totality right on DC UNIVERSE INFINITE, available to registered members for FREE the entire month of March 2021, no paid subscription required!

Feel free to post your comments and reactions below throughout the month of March,
and keep your eye on your DMs for more information on talent appearances and digital perks!

Issues #1-3
Feel free to answer any of the questions below you wish- no need to answer all of them! 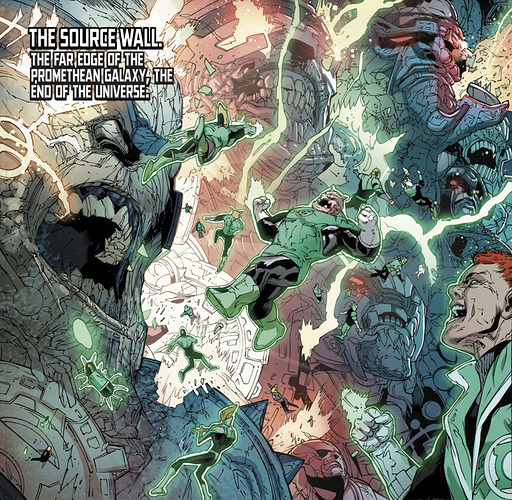 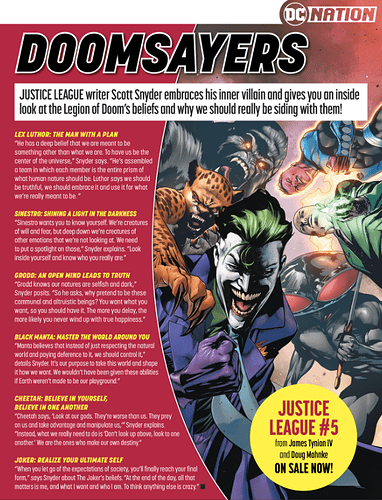 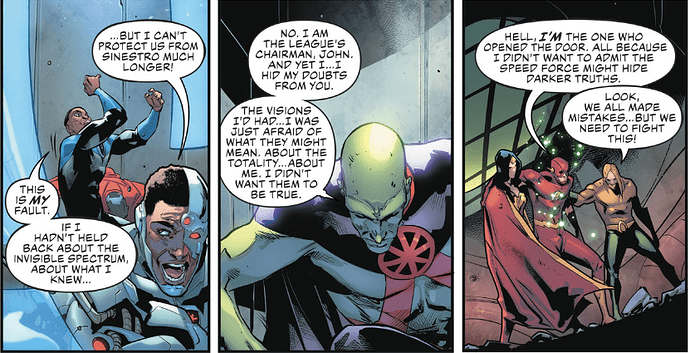 How do you think the outcome of events might have been different if they had risked being vulnerable? Even if it didn’t make a difference in the events of THE TOTALITY, might this vulnerability have made a stronger team?

If you think our Book Club is fun, get a load of all the great conversations happening around the entire DC Community, all day err’day!

Alright! Looking forward to digging into this.

The first issue of this title concerns the grand unknown threat, which only the Justice League can thwart.

It has cameos of many characters, which shows every super hero is part of the Justice League. They battle everywhere: underground, the air, the sea, in the jungle, in space.

They know what they are doing.

They hold the line.

But the first issue concentrates on the core nine.

For those who saw the Justice League Live Action movie

It is those six, plus Jon Stewart Green Lantern, Jonn Jonzz Martian Manhunter and Hawkgirl.

For those who watched the Animated TV show, It Is those seven, plus Cyborg and Aquaman.

This title, by using all these members, feels

But
Jonn Jonzz
The Martian Manhunter,
Is the breakout star of the first event.

It is not only his power set

And that the other core members of the Justice League made him
Chairman.

It is what shown about him

After the death of his family, really everybody, on Mars.

How he consider the League his family

It is the weight of his responsibility.

Of keeping the League members in communication with each other.

In calling the Core Members in
To make a decision

As the World
Maybe the Universe
Faces Imminent Destruction

My favorite panel is

Eight Core Members
Seated around the
Justice League Table
Very reminiscent
Of the All Star Comic Cover
Of the original eight members of the
Justice Society of America
So very long ago.

This title, by using all these members, feels

I think you nailed it with these descriptors. The first few pages are spent showing us that the team is already a well-oiled machine, able to thwart danger and still sling quips around. They show their comfort with each other teasing Batman- they’re clearly old friends, and you can feel the history between them.

Jonn Jonzz
The Martian Manhunter,
Is the breakout star of the first event.

It is not only his power set

And that the other core members of the Justice League made him
Chairman.

It is what shown about him

After the death of his family, really everybody, on Mars.

How he consider the League his family

It is the weight of his responsibility.

Of keeping the League members in communication with each other.

In calling the Core Members in
To make a decision

As the World
Maybe the Universe
Faces Imminent Destruction

Getting to know Martian Manhunter better was one of my favorite parts of reading this. I also love that his power isn’t always in being a giant dragon- it’s also in keeping the team unified in a way a leader like Superman could never do. Martian Manhunter shows himself to be sensitive, caring, and thoughtful. I hope that by the end of the series he finds peace.

I love this run of Justice League. Jorge Jimenez has become one of my fave artists. I look forward to all that he does and I hope DC keeps him busy for a long time to come. I’d like to see this lineup if they ever get around to making more Justice League live action films.

I also really like how they bring events like Cosmic Odyssey into the modern continuity and the continuing ramifications of that event on people like John Stewart.

My first exposure to Martian Manhunter was in Blackest Night. That was (spoiler) obviously a very different version, but I was blow away by his character, and I’ve liked him in everything else I’ve seen him in since, especially this storyline.
I think these first several issues balanced things very well. You had a ton of action, humor, and intriguing mysteries to hook you. It also accomplished something very, very hard in team books-allowing each character to stand out without any one really dominating the others in a negative way.

Happy to be apart of this book club. Justice League is my favorite superhero team of all time

We’re super happy to have you here, @efreire87 and @blackwing2040! You’re in the right place if you like the Justice League!

I’m a little bit confused as to what the book club is but hey, it involves reading comics and talking to other dc fans so it’s gotta be good!

@Quadpen , welcome to the DC Community - you’re already off to a good start! You can begin by reading JUSTICE LEAGUE: THE TOTALITY, then head right back here to join the discussion

You can either answer the discussion questions posted above, respond to other members, or just post your own reactions.

And if you have any questions, chances are other people have them too, so feel free to drop them here in chat

Hey guys, I just actually read this series from start to the latest issue on DCUI to get caught up to the almost present. I do like the camaraderie between the heroes. I am a fan of the art, which is not always the case with modern comics. The comedic moments add some relief to the world threatening crises.

See, I thought a book club involved having to stay ahead of Clark, Hector, Whitney, and Sam. With a month long thread I can probably keep up!

I liked this Vol 1 Justice League Book Club, it was good and enjoyable.

That’s great to hear you liked it, @Overwatch0! Were there any standout moments or characters for you?

Favorite panel of artwork was in Issue #3, page 2 the full view of Ultraviolet John Stewart.

@Bendrada, welcome back! And I actually took a screenshot of that artwork because I thought it was so breathtaking. I love the details of the symbols in his flesh. 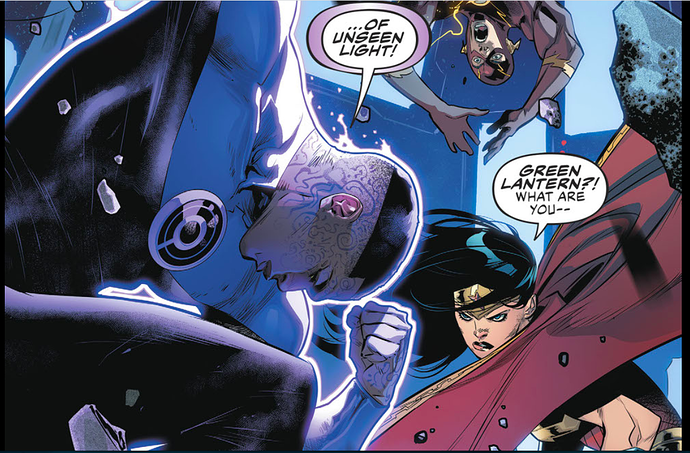 I also really love the way Jimenez does The Flash’s facial expressions- it feels like he captures everyone’s personality really well, and that especially came through in these panels: 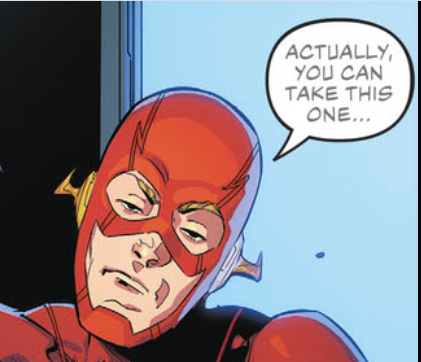 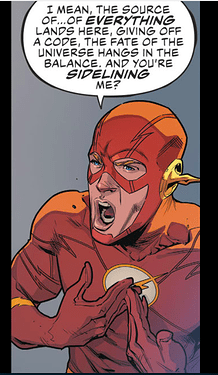