I was just curious what everyone’s thoughts were on the significance of DC’s Black Label? I personally was extremely excited for this when it was originally announced, especially since the books would focus on darker, more mature content and be aimed towards adults. No spoiler here that DC Universe has done that with Titans and Doom Patrol with the infamous first trailer of Titans having Dick infamously saying ‘■■■■ Batman’ and everyone loved it! Yet with Batman Damned there is a moment where you see Bruce naked and to quote the Joker ‘everyone loses their minds’… and so the book was recalled and edited and then content from the second book was removed and had to be rewritten/redrawn due to the controversy with the first book. So with DC Black Label finishing up Batman Damned soon and releasing Last Knight and Superman Year One next. my question is why is it DC Black Label if it’s just going to be censored anyways? These books were something I was really excited about but now I feel like I know they’ll be watered down versions of what they were originally intended to be. It’s sad that we can have shows like Titans and Doom Patrol where anything goes, or at least they don’t hold back, and yet these books that are supposed to be for mature readers get censored and have to have guidelines. With that being said I’m sure I’ll enjoy the Black Label books, but at the same time Dceased isn’t a Black Label book, and you can see more of Dr Manhattan in Doomsday Clock than the one page of Bruce kn Damned, but no one says anything about that. So is it just a marketing tool to sell books? I just don’t get it, and was just curious what everyone else’s opinion was on these books and if there should be a DC Black Label if the content just ends up being censored even though it’s for mature readers. 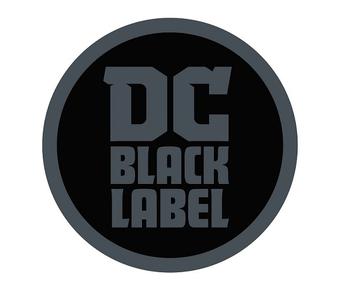 My guess is that none of theme were supposed to be censored. I think WB didn’t like how everybody, including late night shows, was mocking their IP, so they made DC stop. Now Black Label means absolutely nothing. DC is now trying to push Black Label as fancy intellectual comics.

The whole bat-penis thing was insignificant in my opinion. I hate to see artists censored, but then again, it’s DC’s intellectual property and they can release it how they please. That little panel added nothing to the story, other than shock value. Seems like an editor fell asleep on that one to begin with. As far as the imprint itself, Black Label is still in its infancy for me to judge. I really like Batman Damned, based on the mind blowing art alone, but need to see some other titles to have a strong opinion one way or another. Currently I just see it as a way to market their superstar creators to more mature readers, without having to worry about continuity.

@moro, the penis thing was unnecessary though

@Redhood, couldn’t agree more. Like I said, it added nothing but shock value.

I like the idea of Black label. With only Batman damned out and white knighte being rebranded as black label I have more hope that it be getting better . The shock value on nudity is fustrating. DC editioral and the no black label imorint in general should take a page out of George RR Martin and learn how to better impleelment sexposition.

If it was there for shock value and it shocked, than it attained its artistic goal.
Nothing wrong with that.

My understanding was that Black Label is a premium format Elseworlds line (although there seemed to be some contrasting statements on whether Three Jokers would be in continuity). As such it could contain more mature/darker themes. I think an interview with Snyder and Capullo on this site discussed the larger format/book size as being a highlight for them as well as exploring stories that could go beyond continuity.