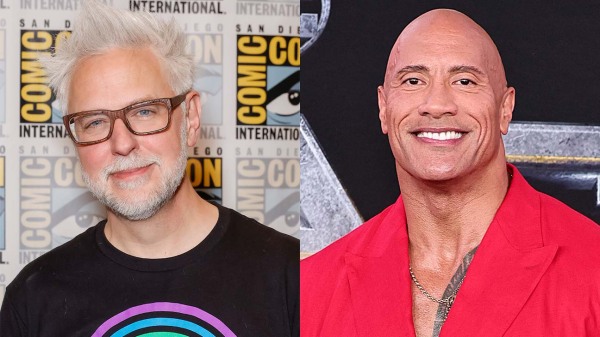 And just what is Matt Reeves secretly up to?

Talk about burying the lede… Henry Cavill is back as Superman!!! 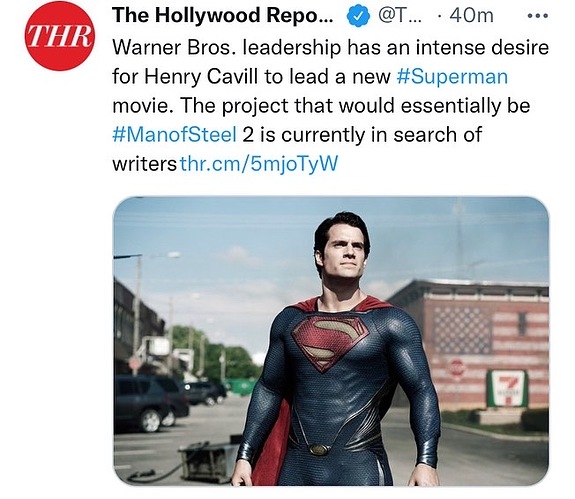 Wow! This is awesome news! Scarecrow in a the Batman universe project would be a dream come true. Also… Welcome back supes

What a night for DC fans!

Reading the article it sounds like Dwayne Johnson was being serious when he said the hierarchy of power was going to change in the DC universe.
Apparently, Johnson was eager for a Black Adam vs Superman movie with Canvil but Walter Hamada was not in favor of that idea and wanted to focus on supergirl, and Coates Superman. Following the Warner-Discovery merger, Walter Hamada plans for the DCEU like Batgirl, and a merge timeline between Tim Burton Batman and the Synderverse, were scrapped and Hamada will leave the company after Black Adam is released.

With Hamada gone, the DCEU will have Johnson help to decide who will be the creative officer of the DCEU and work closely with them to make sure that who will become the new Kevin Feige of the DCEU.

Talk about burying the lede… Henry Cavill is back as Superman!!!

Well, I’ll submit my qualifications, then.

you better put in a Lois and Clark marriage after the Snyder Cut restored “I’ll take that as a yes”!

erases his existing work and starts over

Good thing you caught me early on.

I’d be very, very, very happy to have Cavill back permanently. I also find it jarring that Black Adam seems to be their turning point? I wasn’t super excited for it, but this has got me intrigued. 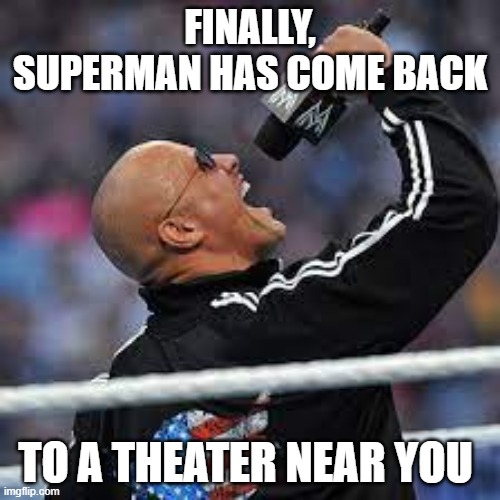 I definitely feel like there is an air of hope and positivity about where DC’s going in terms of outside media that I haven’t seen in a while. It’s very fitting that it comes from a guy whose symbol stands for hope where he’s from.

Looks like the Wizard’s original champion finally redeemed himself.

Forgive me as the downer comes in.

I put no stock in any of this. It sounds fine BUT means nothing UNTIL the movie is out. Remember we were supposed to have a JL2, Green Lantern Corp, Flash & Cyborg movie by 2020? Yeah? Batgirl movie? I don’t mean to sound like one of those people who more or less boycott over the cancellation of a movie. But I’ve seen this too many times, everywhere, especially outside of Hollywood. A music label will sign X & X & X and probably get one album out from one and the others just leave without anything. I love Matt Reeve’s Batman idea but until there is a release date, with trailer, and full-on marketing in effect, I see no movie as real anymore. Sorry.

Dude Marvel made a movie for Ant-Man, LOL! The Guardians of The Galaxy? Who were more or less no names, even to comic book people.

Guardians of the galaxy is a team series in space giving the creators many options, and viewers do not have a set way to view him.

Ant-Man has no set audience expectation, so the creator has options.

Cyborg has set audience expectations as a goofy sidekick, which is bad for being the main character, limits the creators’ options, and contrasts to what they were going for. For example target audiences were crazy he has to say “Booyah” in spite of how terribly it fits this version of him.

In addition his power set is very similar to Iron Man who has so much MCU time that most of his action scenes would not stick out.

There is probably no worse pick for someone to lead a movie than him.

Ummm that can change. Remember in the 60s when the expectation of Batman was silly? But no, let’s keep the black character relegated to side-kick/comic relief all because biased audiences who know nothing outside of a cartoon with anime influence don’t know any better and don’t want to know any better.

This sounds like good news. I think I’ve said before that you don’t have to reboot everything to get a story back on track. You just need to start a new “run” that moves past the faults of the previous one. (And then make fun of the old run some years later…)

Just give me Joker 2 and The Batman 2. That’s all I’m interested in. At this point I’ve lost all faith that these “announcements” turn into actual movies.