Chip Zdarsky, who’s been recently killing it over in the Batman/Red Hood story in Batman: Urban Legends and Justice League: Last Ride (not to mention the amazing stuff at Marvel with Spider-Man: Life Story and Daredevil) was announced yesterday to be the writer of Batman: The Knight, a 10 issue maxi-series with art by Carmine Di Giandomenico (who was one of the artists of Batman: Europa as well as the Rebirth era of The Flash).

“The origin of Batman and his never-ending fight against crime in Gotham City is modern mythology, but what about the story in between? How did an angry, damaged young man grow into the most accomplished detective and crime-fighter the world has ever known? How did the Dark Knight…begin? Chip Zdarsky (DAREDEVIL) and Carmine Di Giandomenico (THE FLASH) explore Bruce Wayne’s journey to become Batman in this definitive new series.” 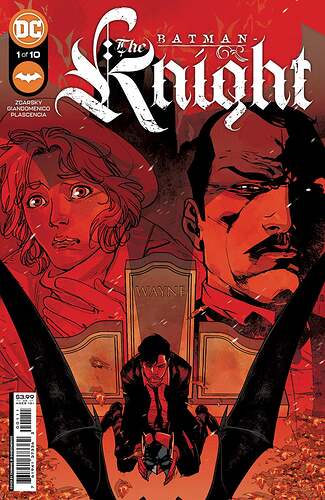 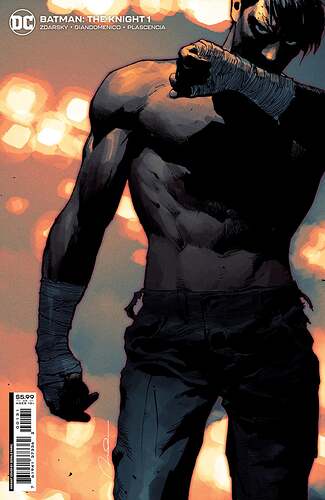 See, I’m a simple man – at this point, I see Chip Zdarsky, it’s on my list to buy, and when it’s Zdarsky on Batman? Hell. Yes.

And this looks to be a cool story altogether. It kind of sounds a bit like the Superman: American Alien series from a few years back. 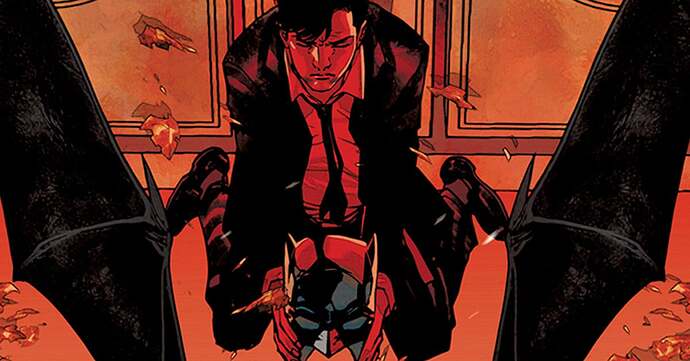 The story of what led to Bruce Wayne becoming Batman is one of the most well-known stories in pop [...]

Love Chip. Can’t wait to see his take on Batman.

Of the recently announced titles, this is the one I’m looking forward to the least.

I get why another origin-oriented tale is being done (tie-in to The Batman), but it doesn’t sound that interesting to me at this point.

Now the new World’s Finest series? I am all-in for that one.

At first I thought, “gee, great another origin story” and then I thought “actually great! Zdarsky on Batman!” I have lost interest in a lot of comics lately but his Daredevil is a release day read and I’m liking JL Last Ride.

Wait I only knew of Chip on Daredevil which is on my list of thing to buy. I didn’t know he did other work especially for DC! Him on Batman would be interesting to see and he is the only reason I even give a ■■■■ and not in here saying “oh great another Batman series on top of the 20 we already have

” which is exactly what I was gonna say until I saw Chip’s name connected to it. I’ll check it out.

Zdarsky has quickly become a writer that I follow so I’m very interested to see his take on this era of Bruce’s life.

His Daredevil is outstanding, and I loved his Red Hood/Batman story from Urban Legends, so this is worth checking out (despite my skepticism of another Bat title being announced). Absolutely gorgeous covers for the first issue!

Can’t go wrong with Zdarsky. I don’t mind the origin idea but hopefully it leads to bigger things for ZDarsky and DC