During SDCC, there was a World Premire of the latest DC animated movie Green Lantern: Beware My Power, and after it and the Q&A, they announced three new upcoming animated movies for 2023: Batman: The Doom That Came To Gotham, Justice League: Warworld, and The Legion of Super-Heroes. 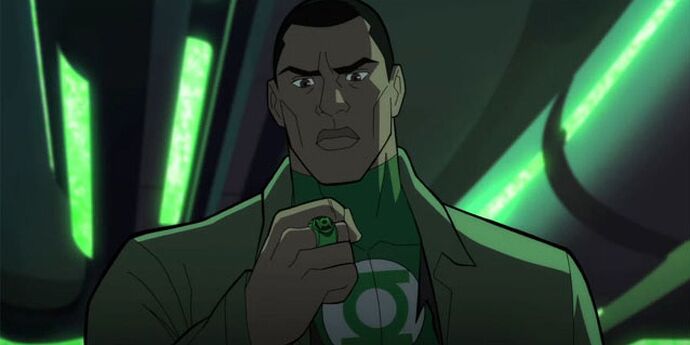 Fans are dazzled by Green Lantern: Beware My Power's world premiere, followed by a discussion by the animated feature's cast and crew.

This article says a Justice Society feature is coming, but reddit’s list did not have it. Guess I will be refreshing the news section for a while.

I’m hoping they maintain an anime vibe for that one, and for obvious (if you’ve watched RWBY and/or read the RWBY/Justice League mini, that is) reasons.

I’m looking forward the most to the LOSH movie, because its about time they finally got a DTV gig all their own.

You just cursed the LOSH to be side characters in their own movie.

I’m pretty sure RWBY was announced a few weeks before SDCC, which is why I didn’t mention it. I also haven’t watched any of that show, so I really don’t have much opinion one way or another about it.

But yeah, I think I’m most especially hyped for Legion getting their own movie. I’m hoping for something along the lines of the Superman & The Legion of Super-Heroes book by Johns/Frank.

I initially heard of R/JL via SDCC coverage from assorted outlets, but either way, it should be a fun flick.

Superman & The Legion of Super-Heroes book by Johns/Frank.

S&TLOSH. Johns’ best arc on Action after Last Son, which is my fav.

I Always Look Forward Too the D.C.'s Animated Movies!
Their Well Written!
Well Drawn and the Voices are Great, Too!

I think that out of the list I am most interested in Justice League: Warworld. Hope they stick with the 2D rather than the 3D animation. I think it works for the Supersons but I rather not see it in everything.

Excited for DC’s 2023 animated film slate. I’ve really enjoyed the past couple of years of animated films and hoping they keep things strong going into 2023!

The question is with all of the cuts that Discovery is making are we actually going to see these movies?

I would think that these films are all in some degree of development which means they are probably safe. I think if anything, I would be more concerned about if we get a 2024 animated movie slate.

That said, what happened with Batgirl does kind of throw everything going on in a weird, confusing fugue state. I guess we just have to wait and see, and hope for the best.

I’m glad you added that second paragraph because otherwise I was gonna say that after Batgirl, we really can’t say anything is truly safe until it actually airs