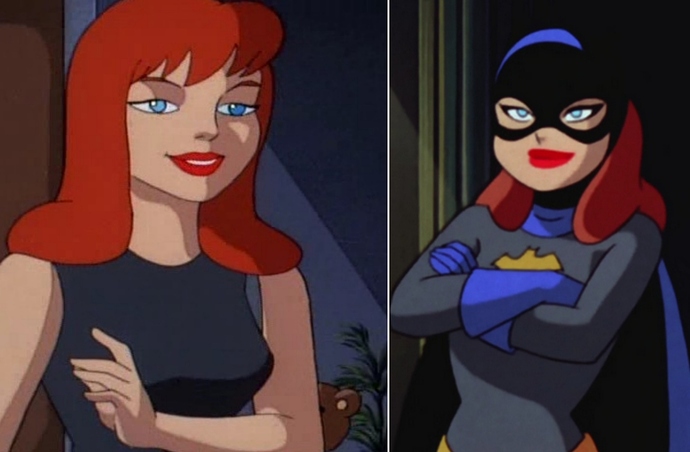 20200224_2207181816×1192 565 KB
This week on DC Animated, we’ll be looking at the early years of Barbara Gordon from Batman the animated series. I wanted to do this as my way of saying Thankyou to @Applejack and the Mods for letting me start this club.
This week we’ll look at all six episodes, and 4 comic books as well. And for those who would like to join, here’s a link [DC Animated Club ]
(DC Universe)
Let’s start with voice actress, Barbara Gordon/Batgirl was voice by the talented Melissa Gilbert who was best known as Laura Ingalls Wilder from The Little House On The Prairie. She would also play Helen Keller in a remake of The Miracle Worker.
When Batman came along she did six episodes. It’s too bad that she never return to the role in Batman & Mister Freeze Subzero.
Episodes to Watch
Heart Of Steel part 1 & 2
I Am The Night
Shadow Of The Bat Part 1 & 2
Batgirl Returns 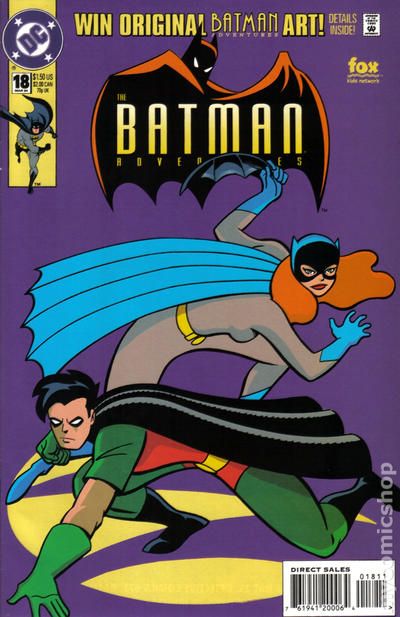 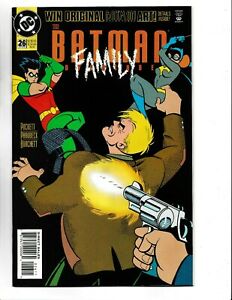 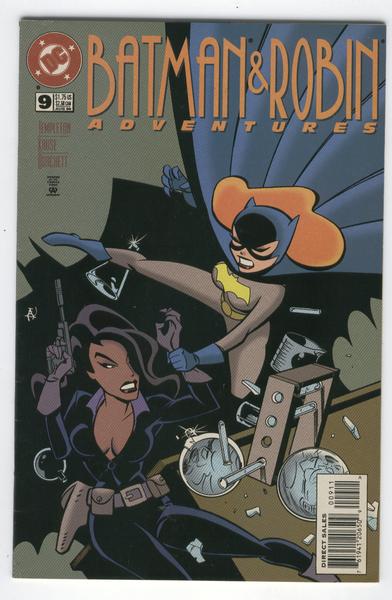 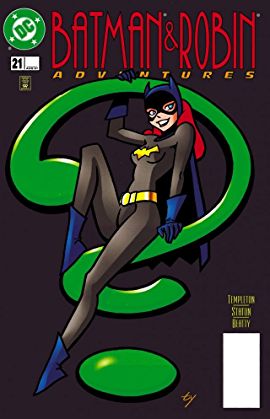 And finally, here’s a poll for next Monday Night Watch Along!

Which Barbara Gordon/Batgirl episodes would you like to watch as the next watch along?

Have a great week!

I thought it would be interesting to look at the history of Batgirl in the animated world as I dive into the episodes and comics of the week.

Her first appearance in an animated show was 1968’s Adventures of Batman. She was voiced by Jane Webb and her costume is pretty close to what know as Batgirl’s costume now. She had a yellow bat symbol and gray outfit with a blue cape. 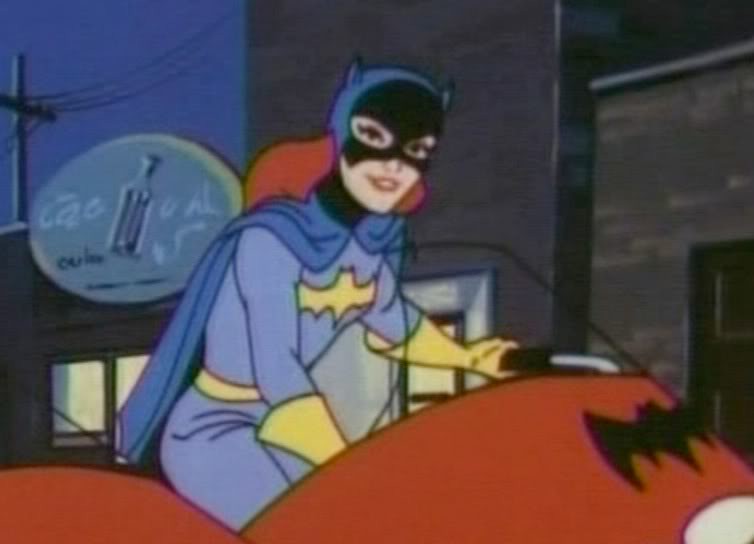 batgirl 1968 the adventures of batman754×544 33.6 KB
The second time she was animated was in 1977s The New Batman Adventures of Batman. This time she was voiced by Melendy Britt. This would also be the last time we would see an animated version of Batgirl until 1992. Her costume is very similar to The Batman Adventures version but her hair is a little curlier and the color of her costume is less gray and more purple. 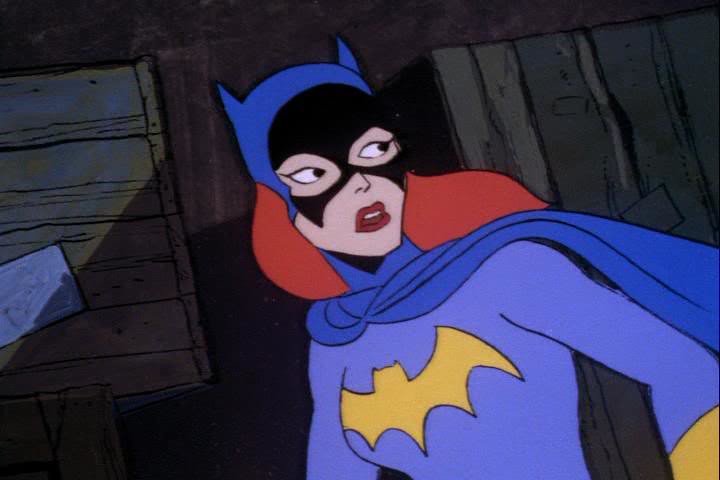 It wouldn’t be until November of 1992 that we would see an animated Barbara Gordon. Her debut on Batman: The Animated Series was in Heart of Steel.
This is a strong debut for Babs in the Batman: TAS world. Her character is mischievious while on a mission to save her father with Batman’s help. Overall, I think they get the vibe of Babs down while laying a good foundation for future appearances. 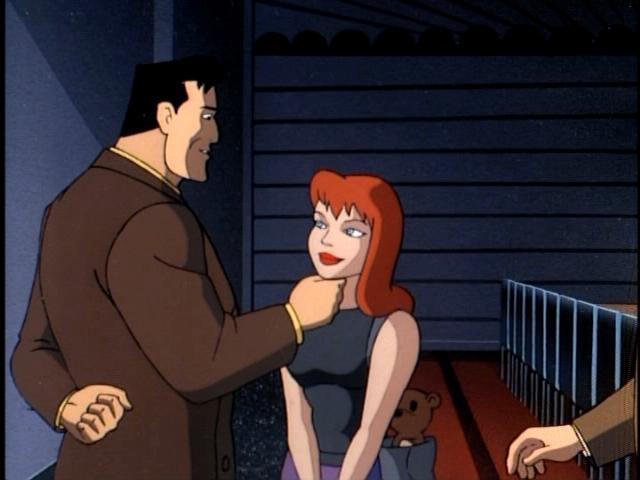 Her next appearance in Batman: The Animated Series will be in I Am The Night. Unlike Heart of Steel, I Am The Night was also shown during prime time. The episode debuted on 10/9/92 and its prime time debut was 12/13/92. (I specifically remember watching this during the prime time slot because it was 2 days after my 10th birthday. It is kind of weird how you remember stupid things like that.) In I Am The Night Barbara is seen bedside in the hospital next to her father. After Heart of Steel, this sort of feels like a step down for her. The ending scenes were my favorite Barbara scenes but the scene of Batman losing his cool was my favorite in the episode.

We would not see Barbara Gordon again until 1993’s Shadow of the Bat. This time Barbara returns her roots that were seen in Heart of Steel, but this time there is something a little different. In the first scene, she is in the gym practicing gymnastics while talking to her father. I like this scene as it gives background to Barbara. This is the most character-building we have seen for Barbara Gordon. The groundwork has been there in the previous episodes but now we know more about her, even if it is something small like gymnastics. Her feistiness is on full display as well. More importantly, we are introduced to Batgirl! She isn’t in her official costume yet but it is very close to the costume worn in the 1968 rendition. When we finally see her in the full costume it is sort of a mix between the 1968 and 1977 versions. This makes a lot of sense considering the futuristic 1930s vibe of Batman: The Animated Series. One thing that I find interesting about all 3 versions of Batgirl’s outfit is that her eyes are exposed. This is a stark contrast to Batman’s white eyes in the mask that cover Bruce’s eyes. I personally enjoyed Batgirl’s first outing. She makes some mistakes but she is a fast learner and does help out along the way. 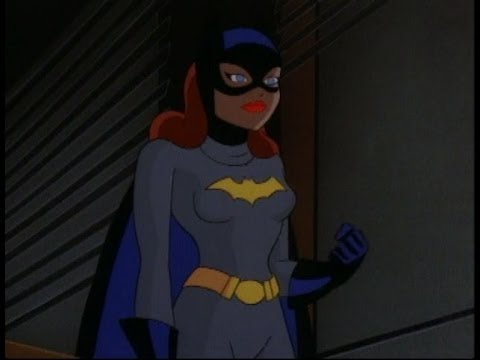 Batgirl Returns is the final episode of Batman: The Animated Series. This sho was not going out on a whimper but a loud roar. Fan-favorite villains make an appearance, Joker, Two-Face, and Penguin. Catwoman shows up and even teams up with Batgirl! While I want to see Dick and Babs settle down and live happily ever after, Batgirl and Catwoman are a fun on-screen duo. 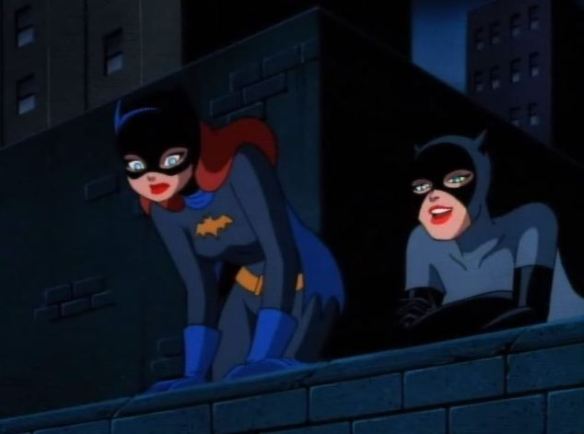 I do enjoy Melissa GIlbert as Barbara Gordon/Batgirl. I agree it is a shame that she didn’t come back for the Mr. Freeze movie.

I will be back with my thoughts on the comics later tonight or tomorrow.

Agreed – while I think I tend to prefer/hear Tara Strong’s voice for Batgirl more, I think Gilbert in B:TAS was still really good.

This is a pretty good selection of stuff for this week, because while I’ve liked a lot of Barbara stories before and after this, from Batgirl to Oracle, if I’m asked to picture Barbara Gordon in my mind, it would probably first come to her as Batgirl in this series.

Ah, I didn’t go past B:TAS for a reason in my animated history. Tara Strong is kind of the perfect voice actress for many characters and Batgirl is one of her best. However, I didn’t want to overshadow this week’s selections.

Thankyou for the Batgirl history trivia @darkstarz25! I really enjoy reading that!

I can’t wait for next week @Penguinfan78. I might even be able to bring back the history thing depending on the character.

Here’s a hint, Next week will be a month long tribute to this character, celebrating his 80th Anniversary!

Well obviously it will be Jimmy Olsen!! (gotta remind myself sarcasm doesn’t translate)

My favorite of the 4 comics was issue 18 of Batman Adventures. I like the pacing and the side story of Gordon delaying his orders. All of this weeks books were fun reads. Thank you for putting this together @Penguinfan78

Sorry to say it’s not Jimmy Olsen, but I’ll add that for the month of April.

@darkstarz25- Thanks for that history of Batgirl.

@Penguinfan78- You know I had forgotten that Melissa Gilbert was the one doing Batgirl’s voice in B:TAS. Now I really do need to watch these episodes. Also I apologize for not posting anything last week but I had a really bad head cold.

@Jay_Kay- Yeah B:TAS Batgirl is who I always picture first whenever someone says Batgirl or Barbara Gordon. B:TAS was also the first time I actually liked the character in a tv show. Batgirl in Batman '66 was never my favorite character. I actually loathed her in that.

The episodes were a lot of fun and I think you will really enjoy them. Same for the comics!

Oh, I’ve seen them before but its been a good long while since I last watched them.

The first and fourth issues were okay, but the second and third were the interesting ones. Still, I don’t like how incompetent Babs comes off in these comics compared to her classic 60s/70s appearances. I get that she’s relatively unexperienced, but come on.

Still, I don’t like how incompetent Babs comes off in these comics compared to her classic 60s/70s appearances. I get that she’s relatively unexperienced, but come on.

I get what you’re saying, but I guess it could be worse – it could be something like the Batgirl Special just before The Killing Joke released that was literally “Babs sucked as Batgirl the entire time and she should just retire so she doesn’t die.”

I still prefer the Batgirl Special over whatever it was Azzarello and Timm were doing in their Killing Joke movie. Granted, neither end is particularly good for the character.

Agreed, the adaptation wasn’t super great for Barbara, but I guess I’d rather have weird taste in men than be completely incompetent.

Also, I’m watching Heart of Steel right now, and one thing I’m struck by is just how Max Fleischer it is, especially with the robot designs. Hell, the way that Bruce talks to himself as he moves to change into his costume to stop the robot stealing computer chips from Wayne Enterprises is so evocative of the “This is a job for Superman” part of those shorts.

I watch Shadow of the Bat today, what I like was Barbara was learning how to be a good crime fighter, I like she was a bit clumsy cause it makes sense that she’s new at this and will get better at it. I was clumsy on my first day of job, so it happens.

All the episodes were great. I really liked Shadow of the Bat myself mainly because it showed Babs learning the ropes as a crimefighter.

My favorite issue was Batman Adventures #18 but they were all fun in their own ways.

she was a bit clumsy cause it makes sense that she’s new at this and will get better at it.

They did a great job showing this aspect and her progress as the episodes moved forward.