I thought I’d start a topic to discuss all the hidden easter eggs throughout the interconnected DC Animated Universe tv shows. It’s always fun to find them and I know I’ve missed plenty so here we can bring them together!

There are also some movies so feel free to include those too! 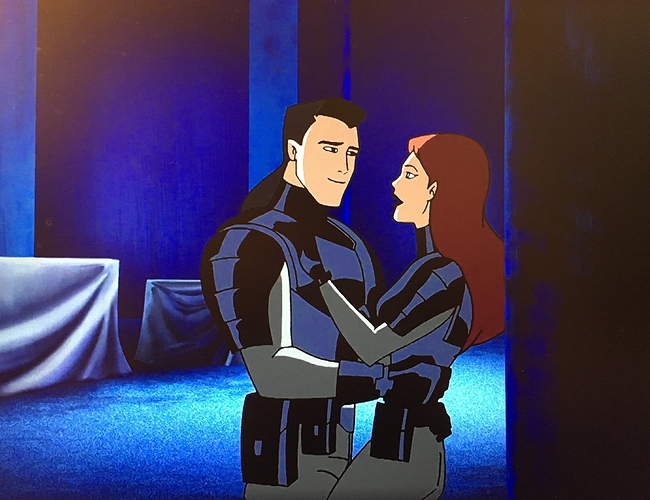 Another is in Paradise Lost Part 1 at about 1:50 Wonder Woman saves a little blonde girl who WW calls her sister, to which the little girl replies “I’m not your sister.” Her mom calls her Cassie after WW rescues her which could be in reference to Cassie Sandsmark, aka Wonder Girl, who is also blonde. Cassie is also a demigoddess daughter of Zeus who Wonder Woman is also often the daughter of, truly making them sisters. This quick interaction was a fun nod to Wonder Girl and her relationship to Diana.

The group of street kids helping out Batman in Gotham by Gaslight use the gang name, the robins.

In season 2 of Justice League episode 14, when Green Lantern constructs a road in space for Flash to run on to make a worm hill, Flash calls it a “cosmic treadmill”

2 Dick Grayson ones: One from Batman Beyond and another from Justice League
where in the city of Bludhaven you see Nightwing’s silhouette. 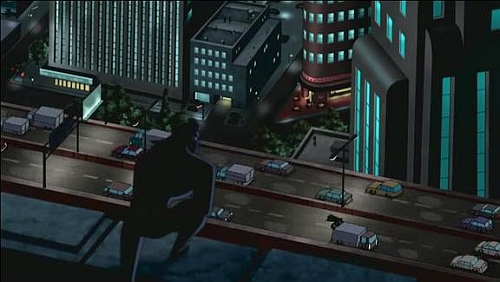 Though perhaps not a an easter egg, for it’s rather overt presence in an episode, The final episode of the first season of Justice League Unlimited: “Epilogue” includes a scene where Amanda Waller supposedly hired an assassin to kill Terry McGinnis’ parents. The assassin was using the attire of the Phantasm from the movie “Batman: Mask of the Phantasm” (which is considered part of the DCAU). While not explicitly stated in the episode if it is indeed Andrea Beaumont, the wiki suggest that it is.

This brief cameo is just a cool nod to the movie, that some may have overlooked.

Speaking of Epilogue, the last line of the episode is a helicopter pilot saying “Did you see that?”

This is a callback to the first line in the first episode of BTAS, “On Leather Wings,” where a helicopter pilot says the same thing.

I love how Batman is revealed to be Bruce Wayne. 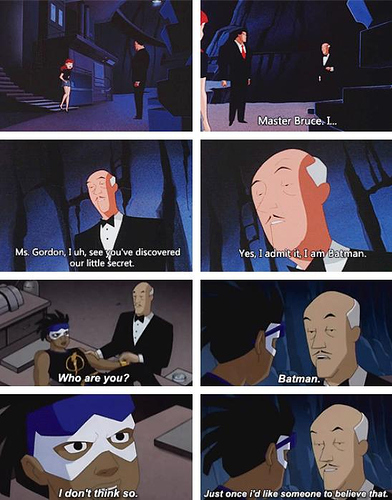 In “Flash and Substance,” you see the Kid Flash costume in a display case in the Flash museum at about 18 min in a couple times. 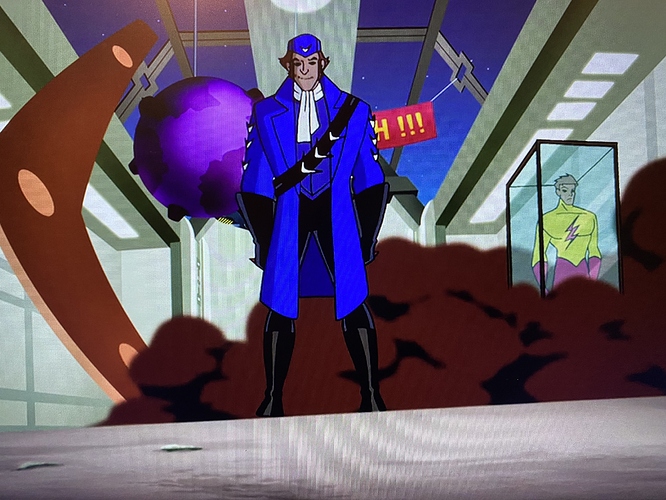