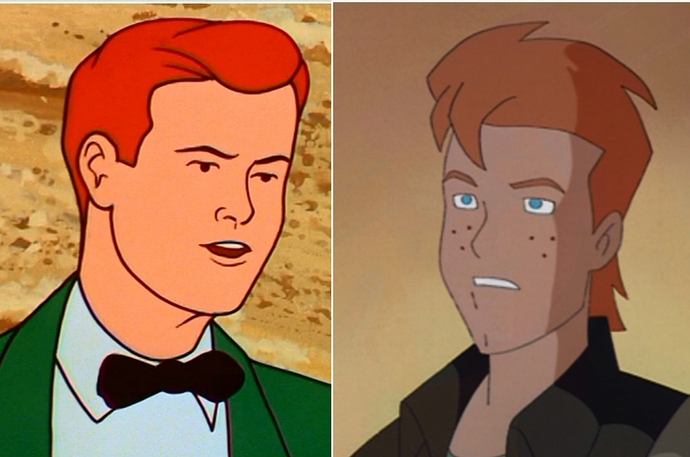 20200330_2143351810×1200 793 KB
DC Animated Club is proud to present this week, Jimmy Olsen! Next month Jimmy turns 80 years old! What a great way to celebrate his 80 years by looking at two classic series, the 1966 The New Adventures Of Superman and Superman the animated series.
Jimmy Olsen first appearance was on the classic radio show, but his first animated appearance was a quick scene in a Max Fletcher Superman cartoon in the 40s.

The Episodes
Here’s some Jimmy Olsen episodes you should watch,
The New Superman Adventures:
The Neolithic Nightmares/The Return of Brainiac
The Fire Phantom/The Deadly Dish 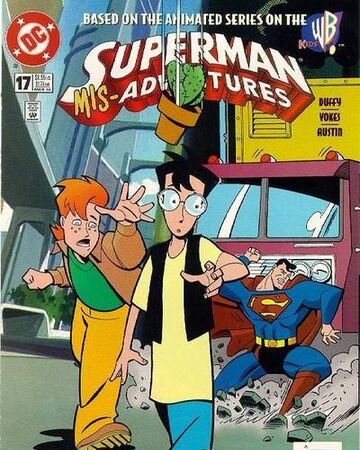 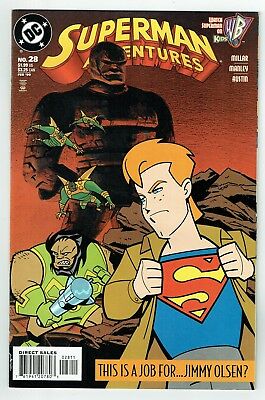 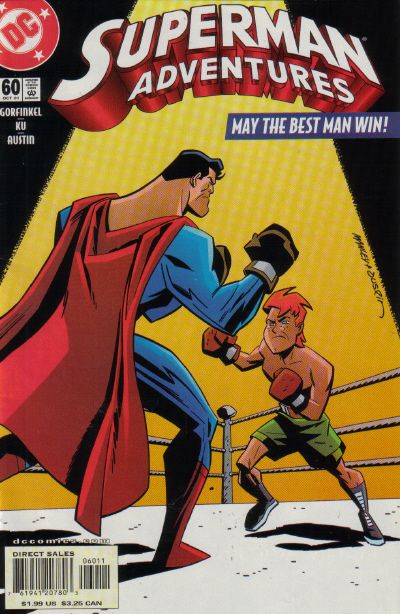 *While it’s not part of animation shows, be sure to check out the classic Superman’s Pal Jimmy Olsen comics, right here on DC Universe Library.

Club News
I plan to do another Trivia game if anybody’s interested to play, maybe The New Batman Adventures this Saturday. As for next Monday night watch along, it’s back, please feel free to vote by Saturday as we celebrate 80 years of Jimmy Olsen!

The Poll
What Jimmy Olsen episode would you like to watch for next Monday night watch along?

Re: “The Neolithic Nightmares”

I love the moment where Jimmy decides that he can’t get out of the mud and just resigns himself to his fate. If the obnoxious cub reporter hadn’t slid down that stalagmite like a fire fighter in the first place, then maybe he wouldn’t have to give up on life.

Yes!!! I will be updating the wiki and adding a new animated history in the coming days! Very excited to watching and read something in this club that is not Batman related!

I love Jimmy in Superman the Animated Series the most I think, might be biased since that was probably my first introduction to the character, but I think hes really well rounded and true to character in the TV show. But honestly anytime David Kaufman is voicing him it just feels right to me

I will say that the last thing I saw him in was the Superman: Doomsday movie and I think that might be one of the only times I haven’t liked Jimmy. I just couldnt get behind his actions and didn’t feel like he would really do the things he does when Superman dies.

Spin Doctors once sang that they had Jimmy Olsen’s Blues. I believe no one would know the Jimmy Olsen blues better than Jimmy Olsen. His first comic book appearance has been cited as Action Comics #6 and he was unnamed.

The first time the world was introduced to him was via the voice of Jack Grimes on the radio show Adventures of Superman in the episode Donelli’s Protection Racket on April 15, 1940. (If you click the link you will need to go to tracks 28, 29, 30 for the story arc.) I know this background isn’t about the animated Jimmy Olsen but I do feel like it helps paint a bigger picture of the character in the grand scheme of things. In many ways, Jimmy Olsen is the mid-century version of Harley Quinn and Renee Montoya. As they have all found their roots outside of the world of comic books and each character has maintained a presence that is synonymous with their respective comic universe.

When I first started my research, I use that word sparingly, my obvious start was with Max Fleischer’s Superman. However, I hit a brick wall! I was positive I remembered seeing him in the early 1940s shorts but I might have been wrong or perhaps it was a one-off appearance and did not warrant anyone to write about this on the numerous websites I read. If he does make an appearance I would be very grateful if anyone can point me to the short he is in.

Jimmy’s first animated appearance was in The New Adventures of Superman, voiced once again by Jack Grimes. (I told you the non-animated history was important! haha) This show aired from September 10, 1966, to September 5, 1970. Through the years it was paired with other DC cartoons for characters such as Aquaman and Batman. 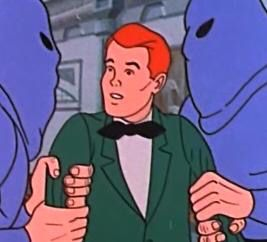 As we saw in the episode The Fire Phantom Jimmy is used as an educational character at best and rather useless at worst. For the most part, his character is to be in the background or a foil for Clark Kent. However, whenever Jimmy is in trouble Superman is sure to save the day. I guess, he does have a purpose after all. I really shouldn’t be too harsh on this version of Jimmy. After all, he does point out the obvious to Superman in The Return of Brainiac. When he points out that miniature Superman can lift Brainiac’s shield as it over Brainiac’s foot.

Jimmy Olsen sort of makes an appearance in Super Friends. In Season 4’s episode, Lex Luthor Strikes Back one of Lex’s henchmen “disguises” himself as Jimmy Olsen. He doesn’t look like Jimmy Olsen in the least but he fooled Lois. I guess that counts for something? 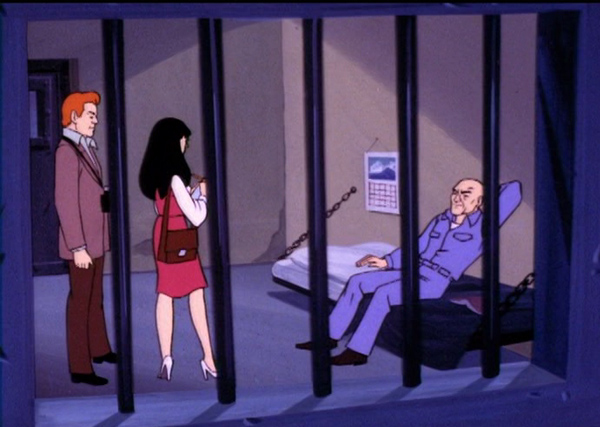 I like Lois’ surprised look when It is revealed to her that he is not Jimmy Olsen. 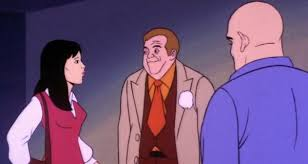 The next time we see an actual Jimmy Olsen would be in 1988’s Ruby-Spears Superman. (I have linked the Amazon digital video, you can purchase the series for a reasonable price and I feel like it is worth every dollar they are asking.) Jimmy Olsen is more mischievous than previous versions. His character is more or less the comic relief relying on his interactions with Perry White. Of course, there are moments he gets in trouble and Superman has to save him as well. He was voiced by Mark L. Taylor. 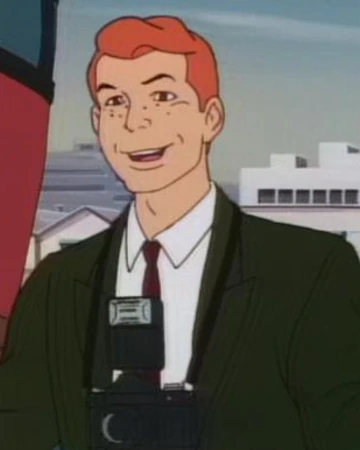 The next time we would see Jimmy Olsen would be in Superman: The Animated Series. This is the modern version of Jimmy Olsen. No longer is he wearing a bow-tie, bow-ties are cool, instead, he is wearing a leather jacket and t-shirt. As we saw in Feeding Time, Jimmy is trying to branch out to be a reporter. This is the first time we see his aspirations. Honestly, it is nice to see a fleshed-out Jimmy Olsen. In Little Girl Lost, while this is more of a story for Supergirl, Jimmy plays a pretty big role. Jimmy has a crush on Supergirl and my favorite moment was when he said something along the lines of “You’re Supergirl?” Meanwhile, Superman’s Pal find’s Jimmy back to the fumbling idiot that we saw in episodes of The New Adventures of Superman. He is often finding himself in trouble which means Superman has to save him. To think, a lot of his problems could have been avoided if he was practicing social distancing. Remember kids, we should be social distancing and only leaving the house when needed for essential supplies and for goodness sake, please wash your hands! Jimmy was voiced by David Kaufman.

This is where I will end the animated history of Jimmy Olsen as we might revisit Jimmy in his other appearances like Justice League, Young Justice, or Justice League Action. The latter is another series that needs to show up on DCU sooner than later.

In Superman Adventures #17 Jimmy returns to his thick-skulled annoying personality. I would say this is more of a companion piece for the episode Superman’s Pal. While he thinks he is doing good, or at the very least, his job all he really does is cause more problems for Superman as he battles a bad guy across the city. Issue #28 was a little better than the first issue we were to read but something felt off. I liked the body switch storyline but I do wish there was more Super Jimmy action. However, I do feel like this is a callback to the old comic series Superman’s Pal, Jimmy Olsen. Issue #60 was my favorite comic this week. We see Clark questioning the result of Superman’s actions of violence. This alone makes the comic worth reading. Jimmy’s story was enjoyable as well but the inner turmoil of Clark is worth the cover price.

If you would like to catch up on any comic or tv show we have watched you can check out the DC Animated Club wiki page.

Thankyou everybody for your comments on Jimmy Olsen, @darkstarz25 as always I enjoy reading your history on the character, I learn something new.
And Thankyou @cici and @AlexanderKnox for your comment as well.

This is great thanks for researching all this! I had no idea about the radio show

Thank you! I am happy people are enjoying my weird little histories. They are incomplete and I purposely leave holes in them to be filled in later. However, this one was fun because I was able to include the radio show.