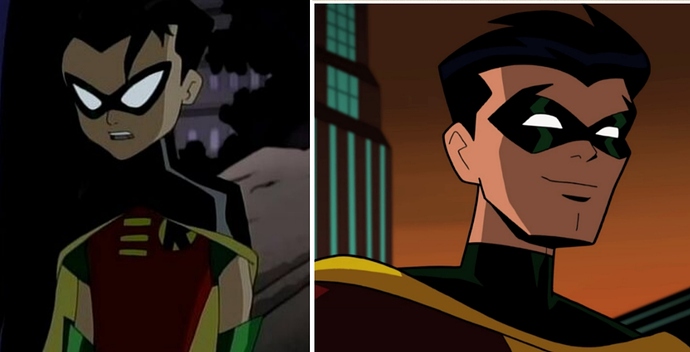 So here we go…
Watching Episodes
For The Batman (2004) season 5 & 6,
A Matter of Family
The Breakout
Rumors
The End Of The Batman

the Comics
Since Batman Strike and Batman The Brave & The Bold doesn’t have Robin in their comic, I’ve decided to post here the very first appearance of Robin. 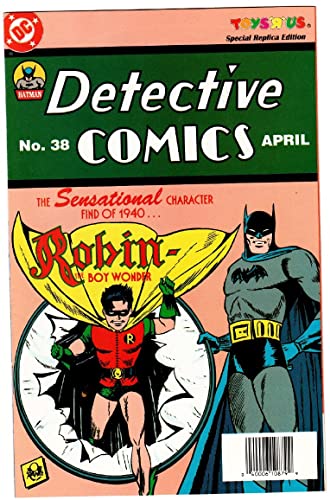 *Also this week for the first time ever, Superfriends comic book comes to DC Library, please be sure to check that out!

Club Trivia
Just a friendly reminder that this Saturday is my 2nd DC Animated trivia game, it will be about Superman the animated series, the winner will win a Riddler badge. It will start at 2:00pm PST/5:00pm EST, hope to see you there.

Admittedly, I’ve never seen Superman the animated series. I guess this calls for a binge watch?

I don’t believe I will be doing a normal animated history as we are still on Robin. However, if Damon Wayne shows up things will change! If you are new to the DC Animated Club you can check out everything that we have watched and read in the DC Animated Club wiki page.

The first episode of the week is the first episode of the fourth season of The Batman, A Matter of Family. This is another retelling of Dick Grayson’s origin story. I might be a little biased but I think Batman: The Animated Series did a better job on Robin’s Reckoning. I also prefer the animation style of B: TAS over The Batman. Maybe that is nostalgia kicking in but there is something about a darker cartoon that I do love. A Matter of Family debuted on September 23, 2006. You might have found the voices of John Grayson and Tony Zucco familiar as they were voiced by Kevin Conroy and Mark Hamill.

The Batman debuted on September 11, 2004, on Kids WB. The intro music for the first 2 seasons was performed by U2’s The Edge. His presence alone made this a high profile show. However, that would not last long. The show would move to Cartoon Network for season 3 and stay on this network until season 5, it’s last season.

It should be noted this is the second time The Edge has been on a Batman soundtrack. U2 performed Hold Me, Thrill Me, Kiss Me, Kill Me for Batman Forever. (Personally, this is not only the best Batman soundtrack but one of the best soundtracks, EVER. If Offspring, U2, The Flaming Lips, and Michael Hutchenson didn’t seal the deal, Seal’s Kiss From A Rose did.)

The theme song on seasons 3, 4, and 5 was performed by Andy Sturmer. His theme song has U2 influence with what I believe to be a weird hybrid and hints of Batman (1966).

The second episode of the week was The Breakout from The Batman. This episode debuted on November 11, 2006. After I watch more episodes of The Batman, I can say I don’t like the animation style. As I am sure other people enjoy this show I am trying to remain positive. Batgirl was in this episode which was a nice surprise. Her purple skirt and thigh-high boots were a bit excessive and maybe a bit silly. Still, I cannot be too bitter about a Batgirl sighting. It was also cool seeing Black Mask as the villain in this episode. 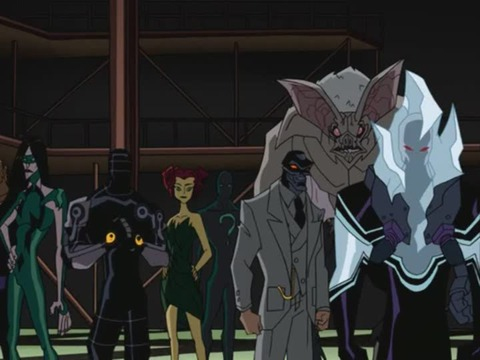 This episode features a huge roster of Batman’s rogue gallery. For that, I am all in on this episode. A mysterious vigilante is collecting the bad guys and Batman is on the case because the bad guys aren’t being turned over to the police. While I like the concept I couldn’t help but think something was missing.

The last episode of The Batman this week is aptly titled, The End of the Batman. This episode debuted on February 9, 2008. 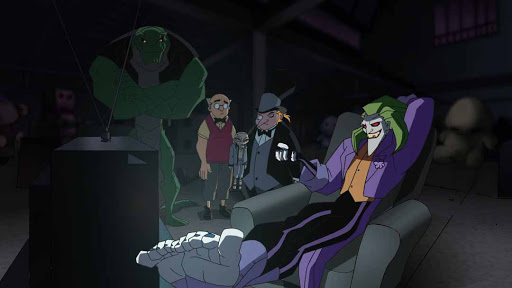 This is another episode that features a lot of bad guys, including Wrath and Scorn, which are the villain versions of Batman and Robin. I didn’t mention this previously, but I am not sure why Joker looks like Sideshow Bob’s long lost cousin. 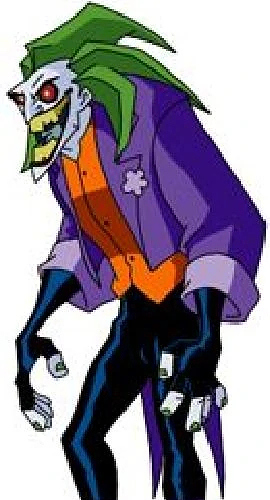 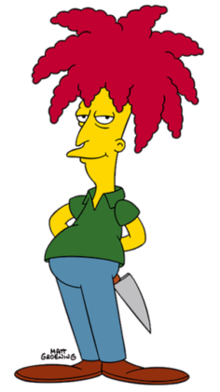 Now it is time to move onto two episodes of Batman: The Brave and the Bold. Our first episode is Sidekicks Assemble which debuted on January 22, 2010. 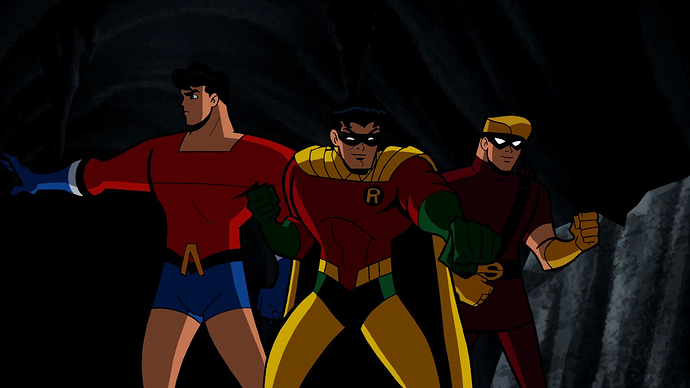 image1920×1080 507 KB
It took me a while to warm up to The Brave and the Bold but the combinations of characters won me over in the end. This episode features Robin, Aqualad, and Speedy in a lesson of working together which leads to the trio becoming a superteam and facing off against Ra’s au Ghul and Talia. This episode is rather interesting because Robin is a mouthy teen who is in the beginning stages of becoming Nightwing.

The last episode of the week is Shadow of the Bat. This episode debuted on April 22, 2011. 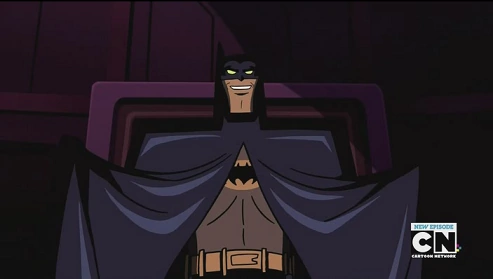 This is my favorite episode of the week. I like the chemistry of Batman and Catwoman in the opening segment, even if Batman and Robin are in ridiculous costumes. The main cartoon features a vampire storyline that is often silly but oddly entertaining.

Regarding the comics this week, I have skipped Detective Comics 38 as I am kind of burned out on Batman. Instead, I opted for Super Friends 1. The most interesting thing about this book is that it has a pre-Crisis Poison Ivy. She doesn’t have powers that are seen in Harley Quinn. 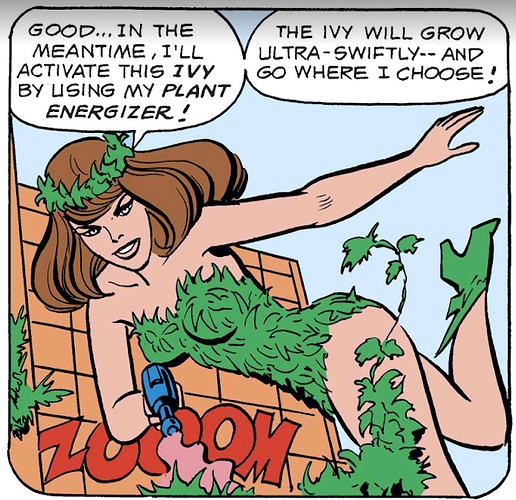 Well done @darkstarz25! I really enjoy reading your view on this, and I can promise you now, no Batman for the next 2 weeks. Next week the final Robin week will be Teen Titans.

You have me sold on Teen Titans!! I am low-key hoping for Teen Titans Judas Contract. I think that is on DCU and we haven’t done any of the animated movies yet. Also, it will give me a great reason to read one of my favorite comics again!

I am low-key hoping for Teen Titans Judas Contract.

You may have missed it, but the Dick Grayson Fan Club is reading The Judas Contract right now, and the TV & Movie Club is discussing the film version. Ergo, there’s no need to wait!