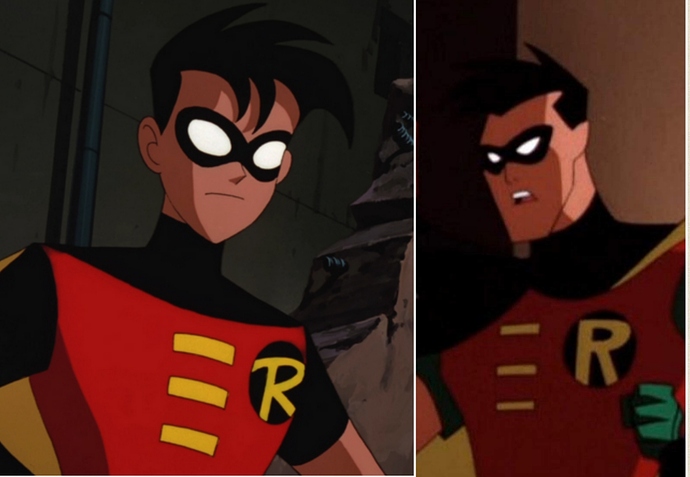 20200309_2217441559×1079 463 KB
DC Animated Club week 5, Robin Part 2
The 80th anniversary of Robin continues with The New Batman Adventures, This week we’ll look at Dick Grayson Journey on becoming Nightwing and a look at the new Robin, Tim Drake.
After Batman the animated series ended, The Producer Bruce Timm decided to make Superman the animated series, only a different style, Sometime after the first season they decided to bring Batman back only with a different style, and The new Batman Adventures was born having 24 episodes and a few crossover with Superman.
Episodes to watch
Sins Of The Father
Growing Pains
Old Wounds
Legends of the Dark Knight
Knight Time (Superman:TAS) 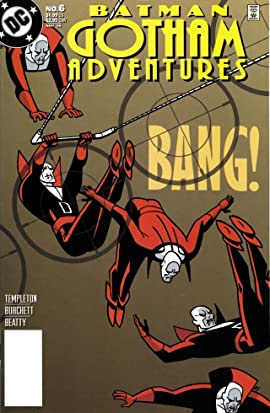 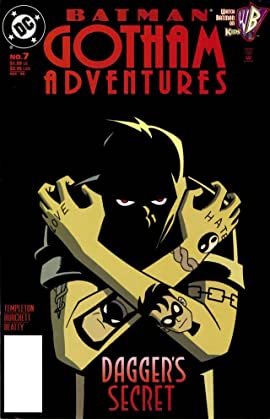 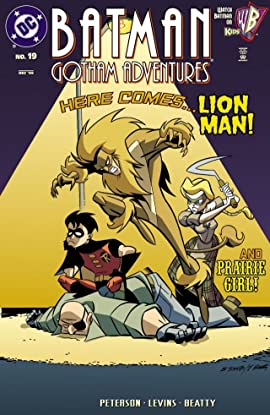 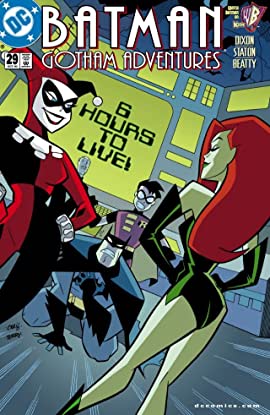 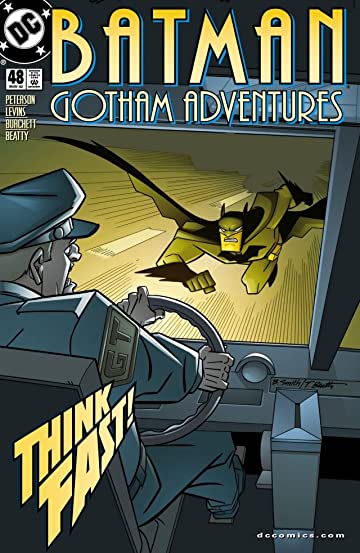 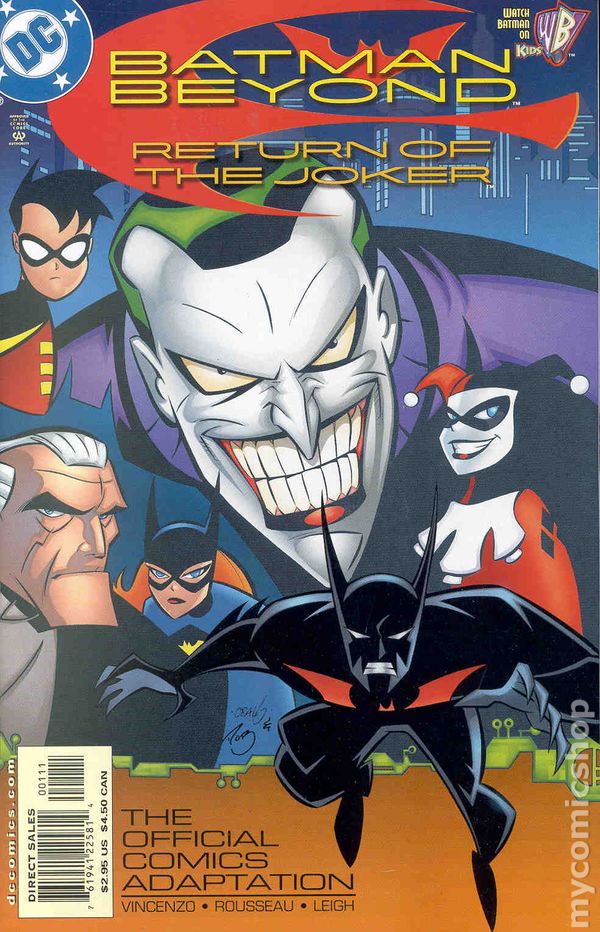 Watch Along Poll
Which episodes would you like to watch for next Monday night watch along?

I gotta say, this is a TOUGH choice for this week’s WAL.

I feel like issue #7 is one that I should be covering!

@Reaganfan78 is not making this easy on me but here is a partial history of the animated Tim Drake. From what I could find, Tim Drake’s first animated appearance was in The New Batman Adventures premiering in 1997. This was a continuation of Batman: The Animated Series and his first appearance were in the second episode of the series Sins of the Father. He is voiced by Mathew Valencia. In his first adventure, he goes up against Two-Face, voiced by Richard Moll. Unlike Dick Grayson’s first appearance in Batman: The Animated Series, we get an origin story for Tim Drake. Also, unlike Dick Grayson’s costume, Tim’s costume is all red with no green. I did enjoy how he just decided he was going to be Robin without Batman’s approval. I will be honest, I am not the biggest Batman fan and I don’t think I have read anything with Tim Drake as Robin. I am not sure how close he is in the cartoons and am unable to compare his comic book counterpart. I can say that he often reminds of Jason Todd, in that he is brazen and often appears fearless. This is especially true when comparing him to Dick Grayson who seems to be more levelheaded. This episode premiered on September 20, 1997. 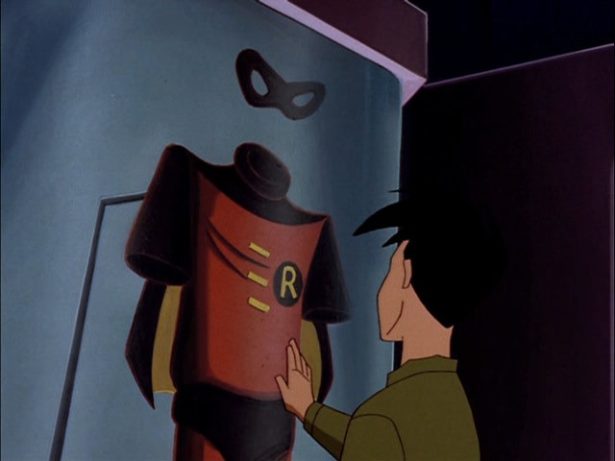 The next episode to be watched for the DC Animated Club is Growing Pains and this debuted February 28, 1998. This is a Robin heavy story as he tries to protect a girl he met who as amnesia. I rather enjoyed this episode. There is a twist that I did not see coming! As far as Robin’s stories, this is one of the better ones. 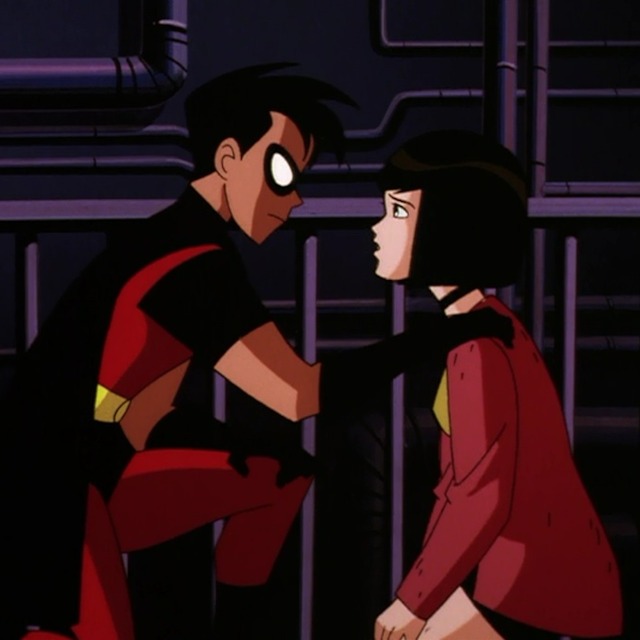 This is our first Nightwing sighting and what a sighting it is! In Old Wounds, we get a history lesson in the animated world versions of Dick Grayson, Babs Gordon and Dick’s relationship with Bruce/Batman. I think now would be a good chance to give some advice, when you are on a date with your girlfriend or significant other don’t leave early saying you have to clean out the fridge at your dorm. Smooth, Dick. Very smooth. A highlight of this episode is hearing Alfred tell Babs that he is Batman when Bruce brings her into the Batcave. I do think Dick and Bruce remained friends, the fact is that Dick was growing up and needed to forge his own way. Being under Bruce Wayne, let alone Batman, he would never be able to spread his wings. For more background on Dick Grayson growing up, I cannot suggest the first 40 or so issues of Teen Titans and then Judas Contract. This episode debuted on October 3, 1998. 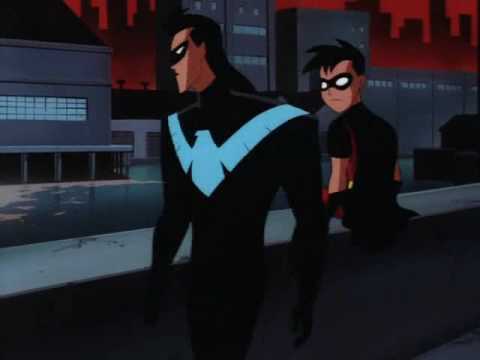 In our next episode, Legends of the Dark Knight we are treated to an anthology of Batman stories as kids tell them. I never thought I would see Frank Miller’s The Dark Knight Returns translated to a kids cartoon but I have and I am a better person for it. In many ways, this is the prototype for the DC animated anthology Gotham Knights. There are different animation styles throughout the episode. This episode debuted just one week after Old Wounds on October 10, 1998. 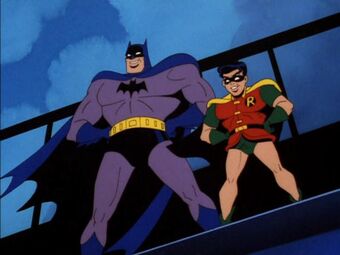 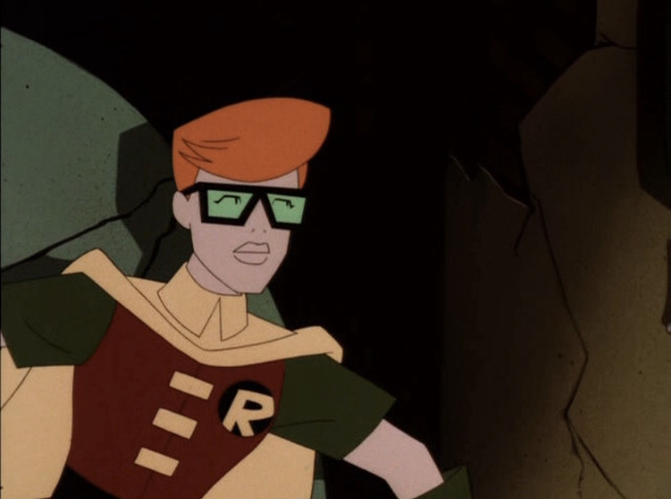 The next episode for DC Animated Club is from Superman: The Animated Series. The episode Knight Time debuted on October 10, 1998. Was it Robin day on The WB? Robin is doing his thing in Gotham and Superman helps out during the crime spree. However, because Superman can’t be Superman in Gotham he dresses up as Batman. It is cool seeing Superman go up against the likes of Bane, Mad Hatter and Riddler. 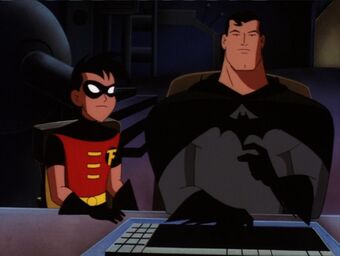 After The New Adventures of Batman, we wouldn’t see Tim Drake in an animated form again until Young Justice: Invasion (season 2). For the most part, he was a background character. His outfit was a variation of what was seen in The New Batman Adventures. 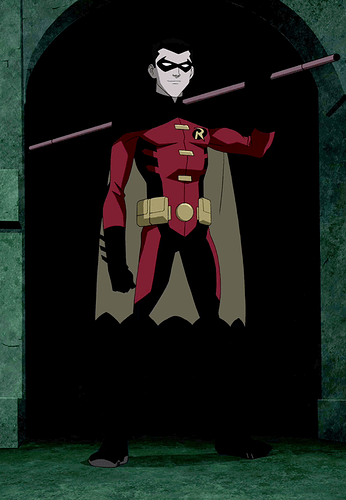 Okay, maybe this wasn’t a complete animated history of Tim Drake but I have a feeling that this will not be the last time we see him. Please keep in mind, one of the movies he was in was Lego Batman: The Super heroes Unite which was created from the cut scenes from a Lego Batman game. 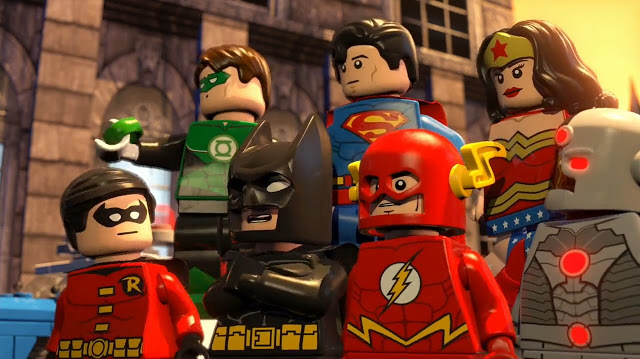 I still need to watch all of the Batman animated movies to see if Tim Drake shows up there. He does also make an appearance in the Batman Unlimited movies Animal Instincts and Monster Mayhem which has the most drastic costume change! 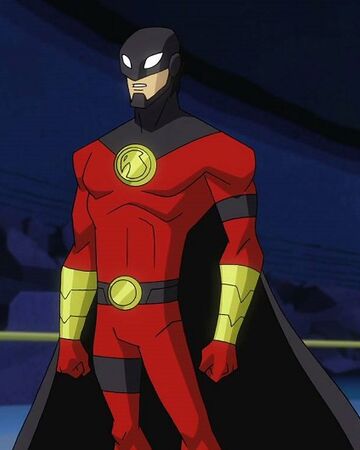 Tim Drake also appeared in the movie Batman: Mystery of the Batwoman. This was in the New Batman Adventures universe.

I am sure I have missed something with my animated history of Tim Drake.

Oh, snap! I am getting the comics out of the way tonight as well! My favorite comic was issue 19. There was something nice about how lighthearted this was. Once again, Alfred proves why he is in the Batfamily. Also, I am a sucker for a good Babs and Nightwing story. They were perfect as they were trying to cheer up Tim.

Thankyou for your comment @darkstarz25, I always look forward to what you have to say, sorry for making it hard for you, it wasn’t my intention of making hard.

Not a problem! I liked the challenge. When it comes to Robin’s after Dick Grayson I am pretty much in unknown territory. I do have a question regarding Tim Drake. In the episode Sins of the Father his father is killed by Two-Face. This was also mentioned in one of the comics on the above list. Is this how it is in the comic books as well? I am reading Death in the Family and they explain that Jason Todd’s father was also killed by Two-Face. Did the animated series decide to skip Jason Todd and blend his story with Tim Drake?

In The New Batman Adventures, they blend two characters together, some parts was like Jason (like stealing) and some are like Tim (Fan of Batman by keeping the Batarang.)
I notice back in the 90s, characters gets killed in comics are not allowed to be in animated show like Gwen Stacy who only she appear in the final Spider-man animated Series episode. If Jason was in the show, fans may wonder when Jason will be killed? Notice from this show to Batman Beyond, Barbara Gordon never became Oracle because Killing Joke never happened.
I wonder if the show would be any different today? Gwen Stacy is appearing alot more of Spider-man’s cartoon and has appear in 4 movies.

With Gwen it is an odd thing because they brought back as Spider-Gwen and that blew up.

Oh, and one more question. Maybe @AlexanderKnox can help with this. Are there other times in cartoons when a superhero had to wear another superhero’s outfit like Superman wore Batman’s?

There’s something kinda like that in the Batman/Superman storyline “Public Enemies,” but I’d have to watch the movie again to see if it was included in the adaptation.

I have been meaning to watch that again. I just picked up B/S Apocalypse. Hmm…that sort of sounds like the perfect weekend double feature.

With 40% Of the vote Legends of the Dark Knight win for this Monday watch along.

What do you think of Tim Drake as Robin?

It’s honestly one of my favorite takes on the character, though if we’re being honest, this is really more Jason Todd with a different name. He’s got a great mix of edge and heroism that I think makes him work both as a spunky sidekick for Batman and a teenager learning and growing up.

In Sins Of the father, what you do you think of Tim’s Origin?

Again, more Jason than Tim, though it’s funny that both this and A Lonely Place of Living has Jack Drake as being an absentee father, just in different walks of life.

What do think of Dick Grayson as Nightwing?

In this series, I think it works really well. There wasn’t an episode that I felt didn’t do him justice.

Both Sins Of the Fathers and Old Wounds was based on The Batman Adventures: The Lost Years, which of the two episodes you like the best?

After Dick became Nightwing, do you think he and Bruce ever stay friends?

I think by the end of the series they’ve largely patched things up. It may not be the exact type of friendship/familial relationship they had before, but it’s a good one.

In Legends of The Dark Knight, Which Batman & Robin story you like the best?

The Dick Sprang one is great, but Dark Knight Returns is absolutely my favorite. But DKR was one of the first comics I ever read, so I may be a little biased.

What did you think of the team-up between Superman as Batman with Robin in Knight Time?

It was pretty funny seeing Tim subtly coach Superman in how to act like Batman.

That was pretty amusing to me as well.