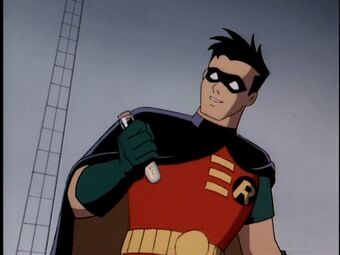 DC Animated Club
Happy 80th Anniversary to Batman’s sidekick Robin! This month We’ll look at Robin from each different series, Before the Batman animated series, Robin has appeared in few animated like the filmation of Batman from 1968, and has appeared in Superfriends series and the new Batman Adventures, which you can find them right here on DC Universe (except for the 1968 filmation.)
Before I continue, please be sure to check out the other clubs for more Robin’s adventures outside animation like…
Renegade-robin-club
Dick Grayson fan Club
World of bats
This week we’ll look at Robin from Batman the animated series who was voice by the talented Loren Lester.
Episodes
Here’s some episodes to watch from Batman The Animated Series.
Fear Of Victory
Robin’s Reckoning part 1 & 2
Baby-Doll
Make’em laugh

Comics
Here’s some Comic to read this week. 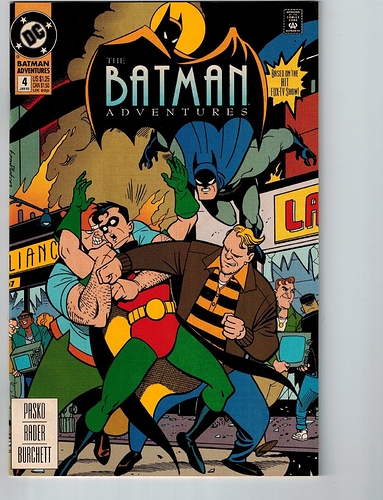 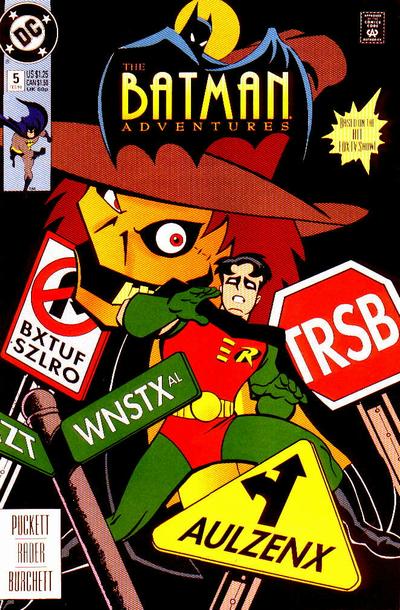 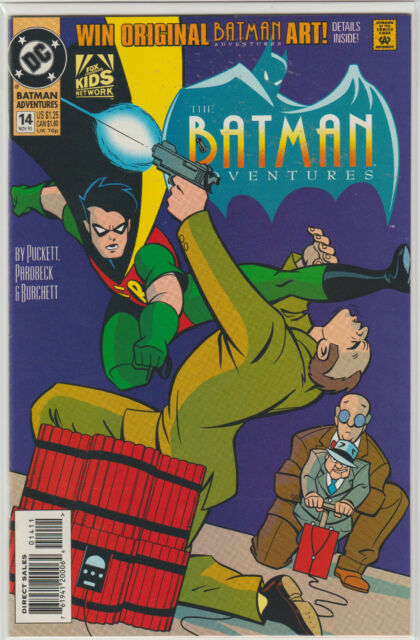 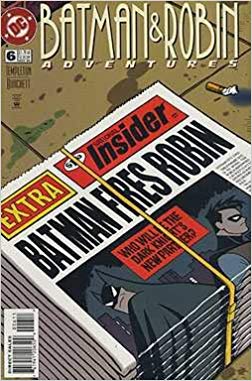 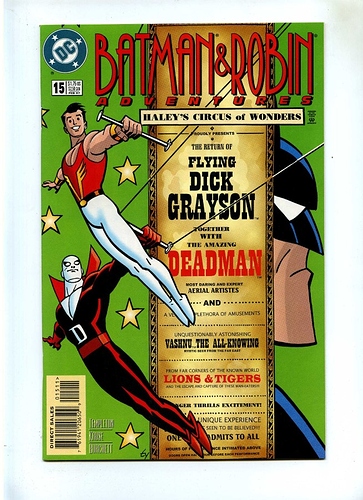 Poll for Watch Along
Which Robin Episodes would you like to watch for next Monday?

I hope it is okay to also mention that DC History Club is also joining in on the Robin fun.

I will be checking out the episodes and comics tomorrow night. Thank you so much for curating this club.

So much Robin, so much goodness

I accidentally forgot to check others like Jason Todd, Thankyou for mentioning it.

Thanks for the shoutout!

All of the issues were surprisingly decent this week. The two-parter is arguably the best, offering some thematic meat to go with the entertainment value, but they all had their merits.

I appreciated the incorporation of Scarface’s speech impediment, which is a key component of the character in Alan Grant’s original comics. The issue with the replacement Robins was the most fun (Hey, Carrie!). The Deadman story was probably the weakest, but it was still okay.

This is the first week that the DC Animated Club is celebrating Robin’s 80th birthday. I will attempt to take a deep dive into the history of animated Robin up to the Animated Series. Please be kind as this is a little more muddled than the history of Barbara Gordon and Batgirl due to being a richer history.

In 1966 ABC was riding the Batmania wave but by 1968 that wave had crashed and ABC canceled the show. Batfans didn’t need to wait long to see their favorite heroes on TV. In 1966 CBS debuted The New Adventures of Superman and The Adventures of Superboy. The following year, CBS created an hour block of superhero cartoon called The Superman/Aquaman Hour of Adventure. When ABC canceled Batman in 1968 CBS jumped on the rights to Batman and The Batman/Superman Hour was born, pushing Aquaman out of the picture. Batman’s segment/show was called The Adventures of Batman. Casey Kasem, the radio DJ, was the voice of Robin/Dick Grayson. This show only lasted 17 episodes and was off the air by January 1969. 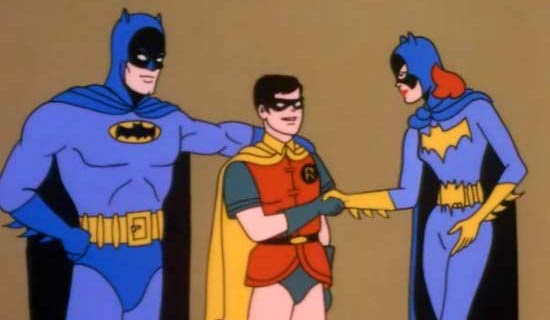 In 1969 Batman and Robin debuted on Sesame Street in educational shorts until Filmation lost the rights in 1971.


The first appearance of Batman and Robin for Hanna-Barbera was in 1972 and were in the 2 part episodes of The New Scooby-Doo Movies titled The Dynamic Scooby-Doo Affair and The Caped Crusader Caper. Casey Kasem once again returned to the role of Robin as well as doing the voice of Shaggy. 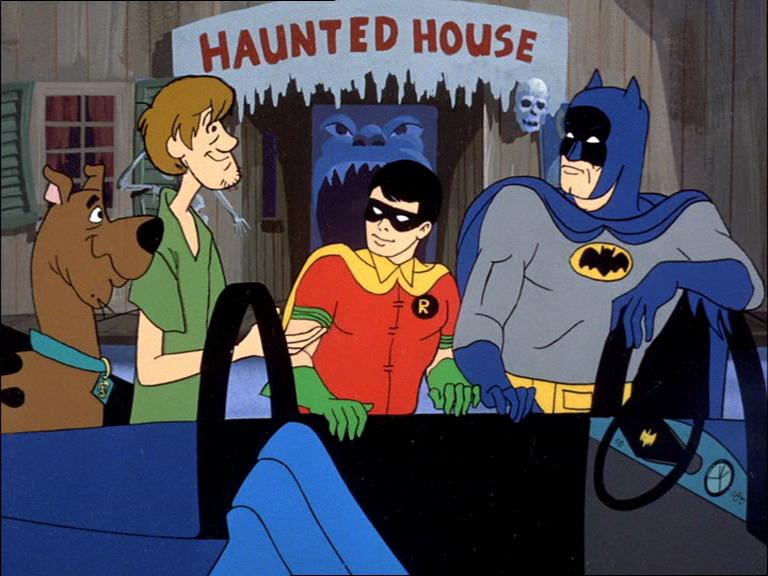 MV5BMWUwMDc0NTgtZDE2ZC00YzU3LTgzYjYtZDA5NzllYTVkZGZkXkEyXkFqcGdeQXVyMjc3Nzc3MjU@.V1768×576 63.6 KB
It is interesting to note that Robin doesn’t change his look in the Filmation to Hanna-Barbera move.

In the fall of 1972 Super Friends debuted. Once again, Casey Kasem was the voice of Robin. I remember seeing the 80s version of this cartoon as a kid and this was honestly my introduction to superheroes outside of the action figures I had. Robin’s mask was a little different than the previous times he has appeared in a cartoon. 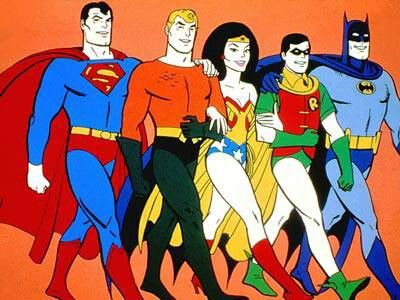 Over the next decade or so, Super Friends was on the air with different names like Challenge of the Super Friends and The World’s Greatest Super Friends. Casey Kasem would remain the voice of Robin/Dick Grayson for every Super Friends series.

In 1977 Filmation was able to make another Batman cartoon series, The New Adventures of Batman. To make this cartoon a different than the Casey Kasem voiced Robin shows at Hanna-Barbera this show found Adam West as Batman and Burt Ward as Robin returning to their Batman roles. Robin’s costume did not change too much from the Hanna-Barbera version seen on Super Friends. 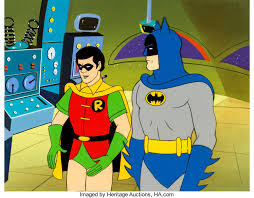 It should be noted after the last incarnation of Super Friends went off the air in 1985 we would not see Robin again until Batman: The Animated Series. Which leads us into the episodes curated by @Reaganfan78. The first episode on the list was Fear Of Victory. This episode debuted on September 29, 1992. This is the debut of Robin in Batman: TAS. Robin is voiced by Loren Lester, only the third person to voice Robin in a cartoon! This was a weird way to introduce Robin in the animated series. Instead of explaining who he was, Robin was just thrown into the story as if he has always been there. Robin’s costume had drastic changes compared to the Filmation and Hanna-Barbera renditions. The updated look was inspired by Tim Drake’s Robin costume in the comic books. 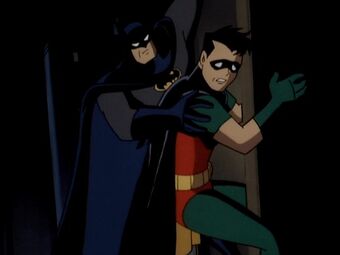 I have included a photo of Tim Drake’s Robin for reference. 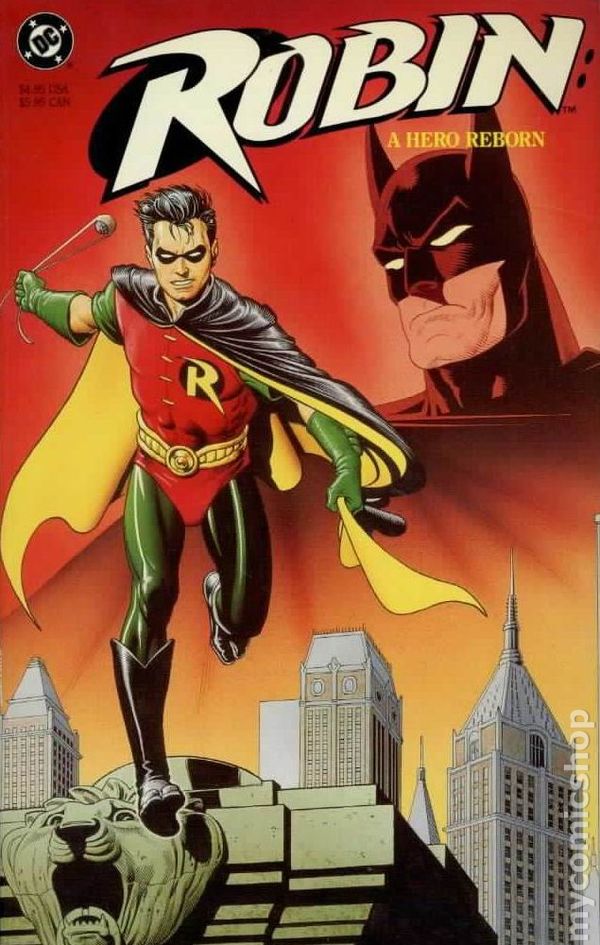 915025600×945 104 KB
Fear of Victory was a fun Scarecrow story but it is rather silly. His big plot was to rig sporting events that he was betting on. Now that I think about it a little more this is an average episode if it wasn’t for the first appearance of Robin. I also like the way how Batman wouldn’t let Robin go after Tony Zucco. The reasoning was solid and at the end of the episode it shows how much Bruce cares about Dick.

The next episodes were Robin’s Reckoning 1 and 2. These episodes included the origin story of Dick Grayson and how he came to be Robin. I really cannot say a bad thing about this story. The way how they weaved an origin story with current events brought a lot more meaning to Robin and Dick than just having an episode explaining the origin. It should be noted this won an Emmy. The episodes debuted on February 7 and 14, 1993 in the prime time airing and May 17 and 18, 1993 in the weekday afternoon time slot. 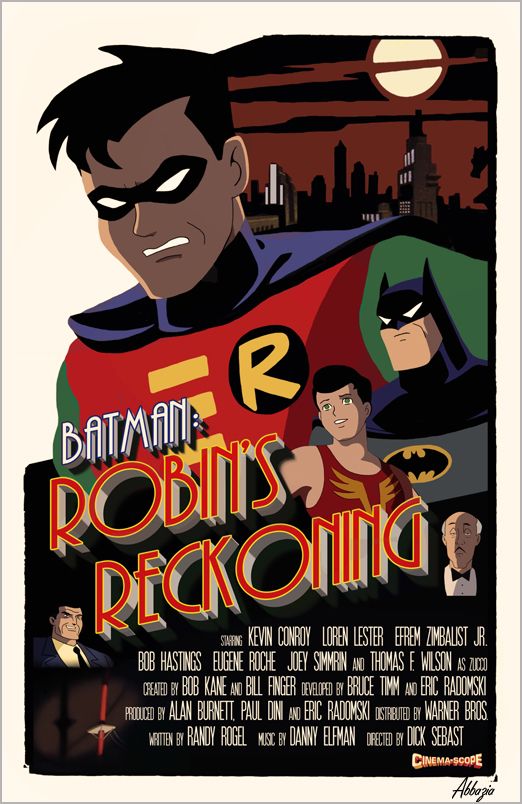 Baby-Doll debuted on October 1, 1994. This does feature Robin as a fan of an old sitcom. As the story unfolds you find out that Baby-Doll who had a catchphrase, never ages. This episode felt more like a standard cartoon and was kind of a let down after Robin’s Reckoning.

The last episode to watch for DC Animated Club is Make 'Em Laugh. This episode debuted on November 5, 1994. This is not a bad Joker story as it gives a little background for him. It should also be noted that it features the Condiment King! Robin is regulated to sidekick status in this episode as he has to fight the henchman while Batman chases Joker. 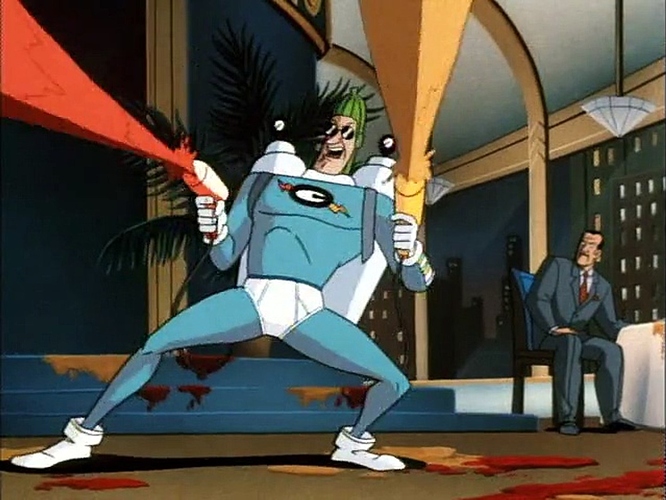 The ranges on these episodes range from average to GREAT. I could definitely think of many worse ways to spend my time. I will be back once I read the comics.

It should be noted after the last incarnation of Super Friends went off the air in 1985 we would not see Robin again until Batman: The Animated Series.

…unless you were watching a Zellers commercial, of course!

And this being the DC Animated Club, I’d be remiss to leave off a link to the original artist’s blog that shows off his work on this commercial.

I have never heard of Zellers but that commercial has amazing animation! (I am clicking the artist link now!)

Wow what a history lesson, Thankyou @darkstarz25 I really enjoy reading it along with your point of view for each episodes. Also I like the Robin’s Reckoning poster, I’ve never seen that before.

Thank you! I am sure I have missed a lot as that amazing commercial @AlexanderKnox shared. However, I had no idea that Batman and Robin were on Sesame Street. The other thing that surprised me is that there were only 3 voice actors in the shows I have covered, especially when you think about how many decades this covered.

What’s your favorite Robin episode from Batman The Animated Series?

Fear of Victory is my favorite from this week.

Fear of Victory was the first episode of Robin to air on tv, Do you think this was a best way to introduce Robin?

I thought it was an interesting way introduce Robin and I liked that the fear toxin made him have a fear of heights.

In Robin’s Reckoning, do you think Batman did the right thing not letting Robin go after Tony Zucco?

I understood what it was Bruce was trying to do there. He only wanted to keep Dick safe. The thing is that he should have realized that Dick was going to go after Zucco anyway.

In Baby-doll, Do you think Robin is good at being a master of disguise like Batman?

I thought he was pretty good.

In Make’em laugh, what you think was Robin’s best moment?

I liked his fight with “Mighty Mom”.

Which of the comic books do you think was Robin’s best story adventures?

All of the comics were decent but the one that stood out to me was Batman and Robin Adventures #6.