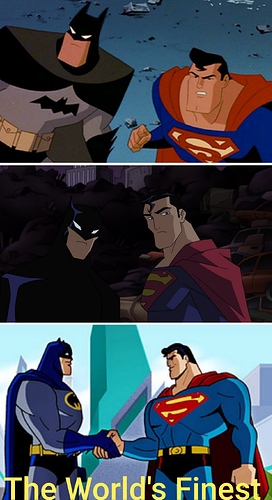 20200214_1554261484×2718 1.39 MB
The World’s Finest
Welcome to week 2 of DC Animated, Thankyou as always for joining. And for those who would like to know more about the club, here’s the link, DC Animated Club .
This week we’ll be looking at 3 different team up of Batman & Superman.
First here’s a video clip of The New Batman-Superman Adventures, I thought this would be a fun way to start!

Superman The Animated Series
World’s Finest part 1-3: In this episode Superman & Batman meets for the first time, they must work together to stop Joker & Lex.

The Batman
The Batman/Superman Story Part 1-2
Lex Luthor trys to find a way to control the man of Steel, can Batman stop Lex in time?

Batman: The Brave And The Bold
The Battle Of The Superheroes!
It’s Batman Vs. Superman when Superman is effected by the Red Kryptonite!

And this week comics to read are: 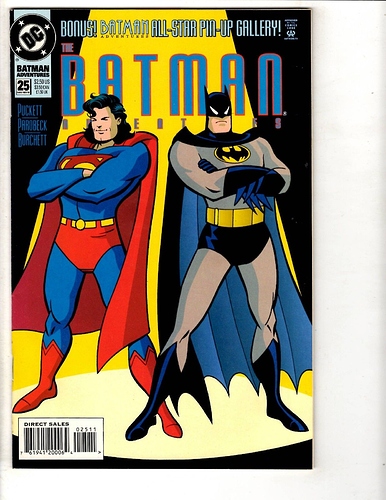 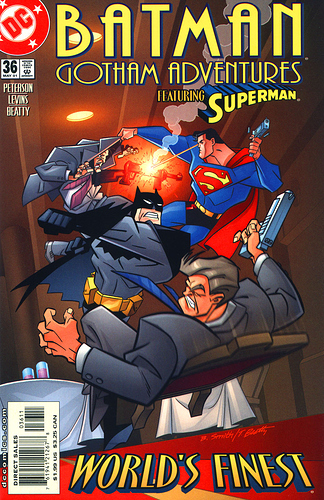 Extra Comic
Before I get to the questions, I wanted to show you guys the comic that’s based on World’s Finest episode, DC Library doesn’t have this comic in, I made a request so hopefully they’ll add it someday. 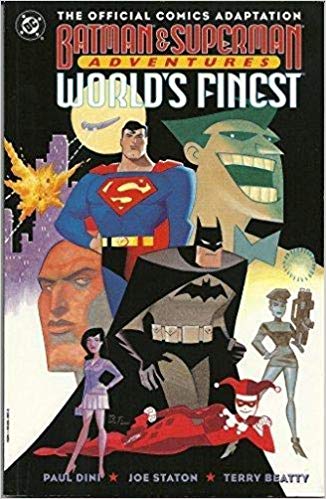 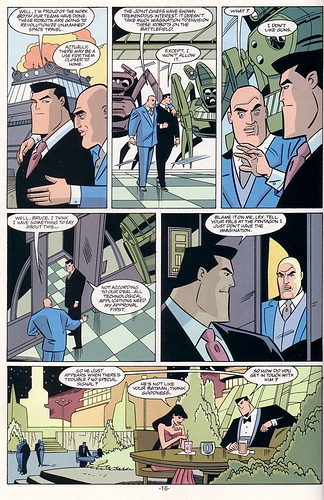 Have a great Week!

Thank you @Penguinfan78 for putting this together. I had a lot of fun with this week’s selection. Now let’s get to the questions!

I can’t wait for next week’s DC Animated Club curations. Once again, thank you @Penguinfan78 for putting this together. I will be keeping my eye out for the 3rd comic you have posted.

First here’s a video clip of The New Batman-Superman Adventures, I thought this would be a fun way to start!

Before I get into any of the video discussions and all that, I have to say that video gives me so much nostalgia. I remember coming home from school and this coming on the screen as soon as I turn on the TV.

Thankyou everybody by voting, with 55 percent World Finest 3 part episodes is a winner!

I just want to tell your club, “Good luck. We’re all counting on you.”

Also, Batman Adventures #25 is way better than the “World’s Finest” three-parter in STAS.

Please do feel free to join @AlexanderKnox, it would be great to have you as a member and join us for the Watch Along on Monday night.

I don’t think that will be fun for anyone.

I didn’t care much for the two-parter from The Batman, either. That Brave and the Bold episode was the best thing ever, of course.

Which Batman and Superman team up did you like the best of any of the shows?

It may be nostalgia talking, but I’m going to go with World’s Finest. It had the most interesting character interactions and some great action.

Battle of the Superheroes is a close second, which is saying something because I’m not super into the Silver Age stuff.

The Batman/Superman Story was okay, but definitely the weakest. It was basically the same story as World’s Finest but with some extra Batman villains to replace Joker. I did kind of enjoy the twist where it was Batman trying to get Superman to be more open to working together, that was kinda novel.

In The World’s Finest episode, did you think Joker came close to killing Superman?

I think you can make a good argument that if Batman hadn’t intervened, Superman probably would have bit the big one. Considering what Superman had faced so far, I think it was reasonably set up that Superman hadn’t really faced a foe quite like this before, and that he underestimated Joker and almost paid the price. Thankfully Clark took the lesson to heart.

In The Batman 2 part episodes which villains cameo did you like the best?

There’s some pretty good ones. Never thought I would see Black Mask in a Superman story like this. But I think I’ll give it to Poison Ivy. Her being used as a means to mind-control Superman was pretty clever.

In Batman Brave and The Bold, What did you think of Batman VS. Superman moment?

I loved it. A wonderfully inventive mash of Silver Age Superdickery and the Dark Knight Returns.

Lex Luthor seem to have a big role on all three shows, which show you think was his best on trying to get rid of Superman?

Depends on what you mean by “get rid of.” If by that you mean “kill,” then it kind of has to go to World’s Finest by default because that’s the only one where he’s actually trying to kill Superman. In The Batman Luthor is mind controlling him and in B&TB he’s using red kryptonite to ruin Superman’s reputation.

In The Batman Adventures comic, what did you think of the team up between Batman and Superman

Both stories were just…okay. Nothing really wrong with them, but nothing that’s really all that interesting or memorable either.

Thankyou @darkstarz25, @Jay_Kay and @AlexanderKnox for your comments for The World’s Finest, be sure to check out this week DC Animated club!