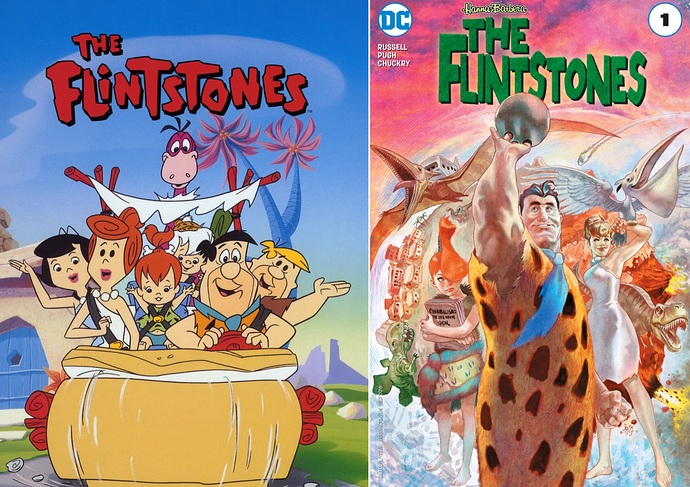 YABBA DABBA DOO! Welcome to Bedrock, the home of your favorite characters from Hanna-Barbera like, Fred, Wilma, Barney, Betty & many many more! This week here on DC Universe Infinite, DC Animated Club will be looking at the animated series, comics and many more stuff. We’ve alot of stuff to cover, so let’s get started…

Fun Trivia
Did you know before they were called Flintstone, they were going to be called Flagstone? Due to a copyrights from a comic, Hanna-Barbera decided on the name Flintstone instead.

Did you know that Dino was so popular that he had his own cereal? 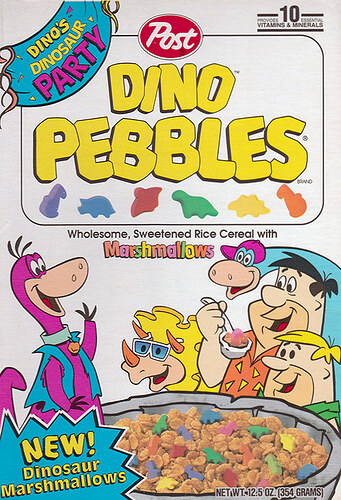 Did you know that The Flintstone was based on a hit TV series ‘The Honeymooners’? When Jackie Gleason first heard about The Flintstone, he was going to sue Hanna-Barbera, thankfully somebody talk him out of it saying, “Don’t ruin this for the kids!” Gleason really does have a heart.

Did you know that the popular hit intro song didn’t started til the 3rd season? It had the cast of the show singing it!

Behind The Scenes
Here’s a couple of videos with Behind the scenes and more fun facts. 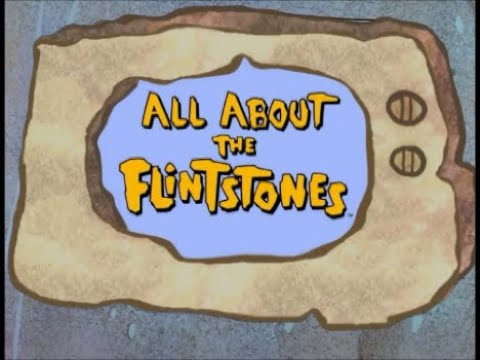 Comics
Here at DC Universe Infinite Library, they have a Flintstone series that lasted up to 12 issues. Feel free to read whichever issues you like, the thing about the series, is that it’s drawn in a beautiful
realistic way that’s based on a cartoon, here’s a link to the series… 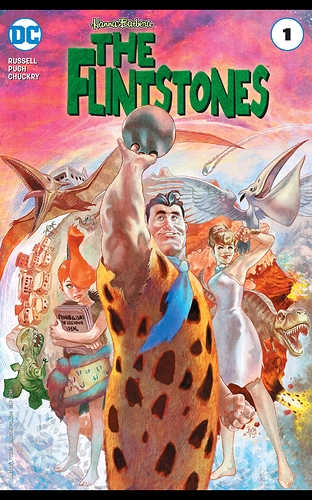 Poll
This has to be done, mostly for fun as well, which 2 Flintstone Cereal do you guys like the best?

I’ll be back soon for more Flintstone stuff, in the meantime, if you would like to join DC Animated Club, It would be great to have you join! Here’s a link DC Animated Club

Fruity Pebbles all the way!

Nice pick for this round, btw, RF!

In a tobacco documentary I had watched, there is a black and white advert of Fred hawking smokes. I forget which brand.

Still need one of these every morning just to get through the day. 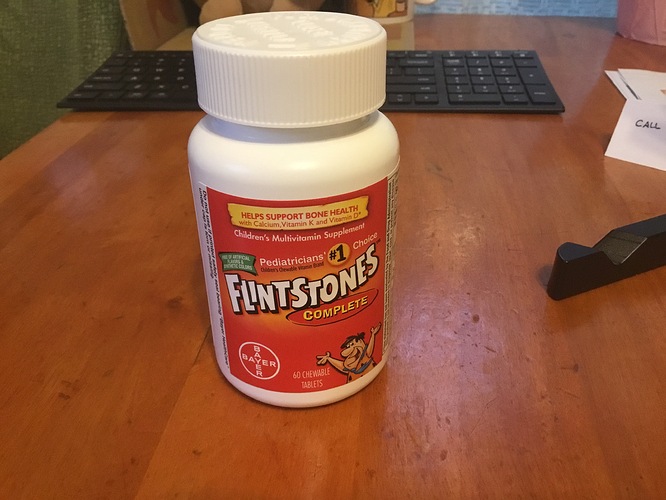 there is a black and white advert of Fred hawking smokes. I forget which brand.

Winston! (They’re the ones responsible for destroying the distinction between “like” and “as” in American English.) Considering that The Flintstones was an adult-oriented animated sitcom, it wasn’t that out-of-place at the time.

If you guys wanted to watch The Flintstone of any series, it’s available on both Streaming service, HBO Max & Boomerang, and some are free to watch on Tubi. Thankyou for letting me know @AlexanderKnox! 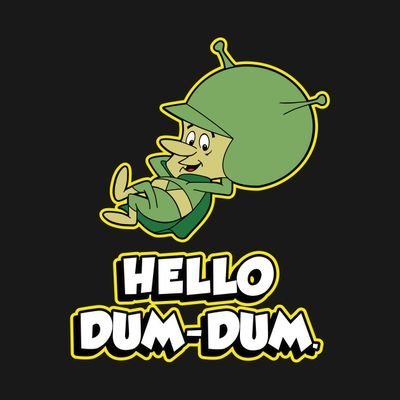 If you guys wanted to watch The Flintstone of any series, it’s available on both Streaming service, HBO Max & Boomerang.

And some of it is on Tubi for free.

next will be the lecture on the difference between ‘can’ and ‘may’?

Thanks @Reaganfan78 , this is great stuff! 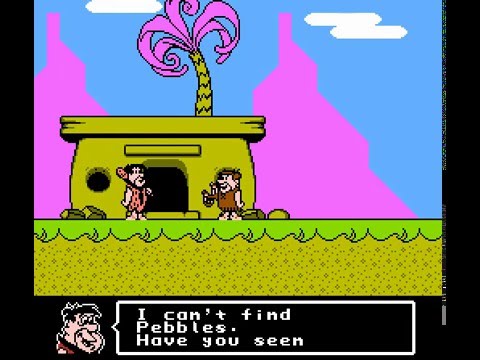 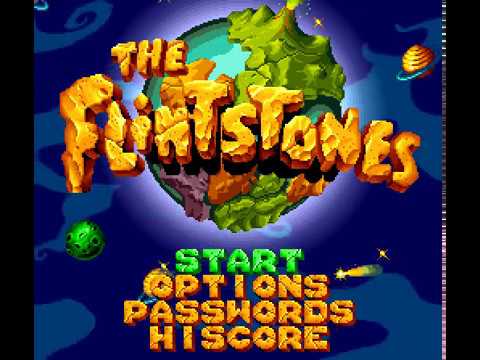 This next video shows all the Flintstone games throughout the years… 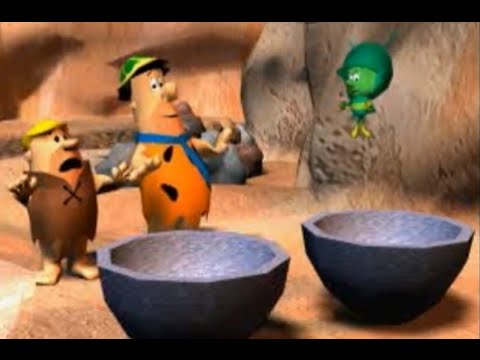 I thought I’d show you guys the building of The Flintstone Legos, sadly this Lego set just retired this, they’re not selling this anymore, but the video is still fun to watch. 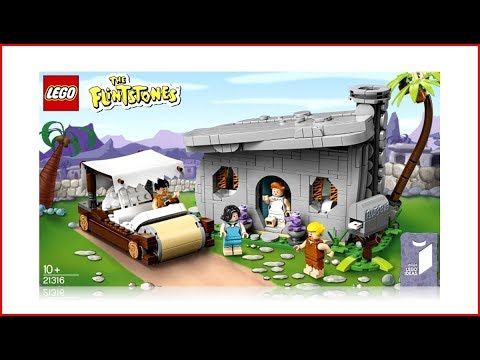 With 12 issues of The Flintstone comics, here’s my top 5 picks that I think are worth reading​ 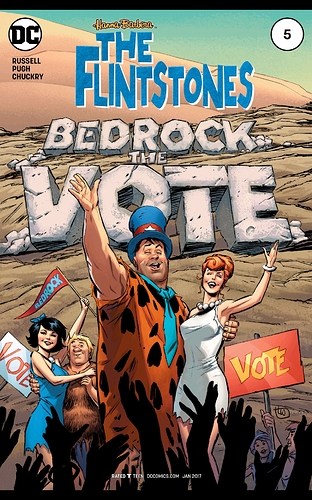 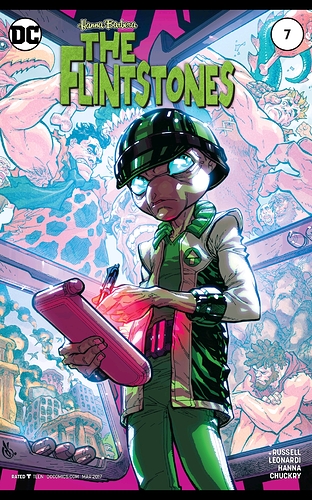 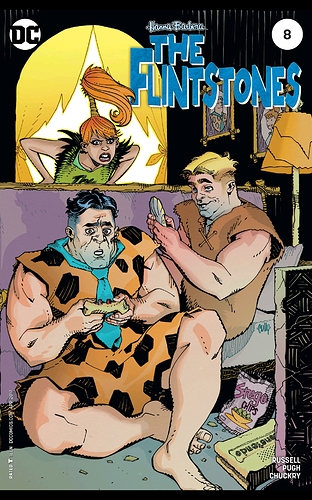 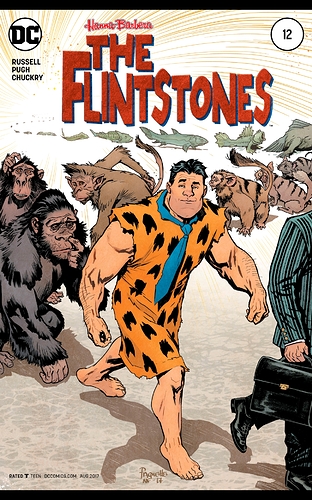 Aw Yeah We are back! Can I still post quizzes @Reaganfan78 ?

Thought I answer my own questions, so here goes… I demanded that we go on this “Ride,” when we went there in my youth, it was fun. Recently, we took a family vacation there, and now it’s the “Minions Ride,” which was also fun. The ride is an Imax like theater with motion seats.