Probably. Not all kids are into “the screens”, and even those who live by them want to do something different, once in a while.

only to ruin it for some of these kids with the phrase “i remember that from when I was a kid”.

you know, those sticker-esque pieces would stick oh so perfectly on your average screen.

you know, those sticker-esque pieces would stick oh so perfectly on your average screen.

There you go! New Colorforms could be marketed as “They stick to your screen, kids!” and just like that, a new generation is hooked on the magic of Colorforms.

I was more musing about the future after this alleged return. the marketing gimmick is how they re-stick. Proverbial hours of fun.

I remember how my brother and I would move from the set to a surface with no detail that would let them (re-)stick so that the adventures were not limited to the set’s surface.

Oh wow, talk about a blast from the past. I had that exact Batman set as a kid, I loved Colorforms so much.

I’m excited that the whole series is finally coming to HBO Max. I did a complete … I don’t want to call it a “binge watch” more like a “binge background noise” when it was here, before Zero Hour happened and this site became Infinite. I love putting shows like this on as I work from home, I have severe tinnitus and having some sort of music/tv/podcast playing at all times is an absolute must. The nostalgia effect is powerful, this show really fills me up with good vibes as it was my absolute favorite as an 80’s kid. 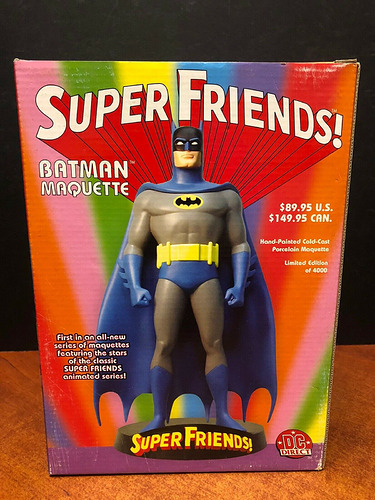 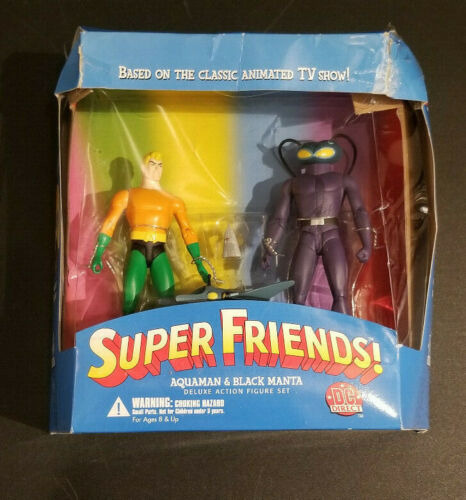 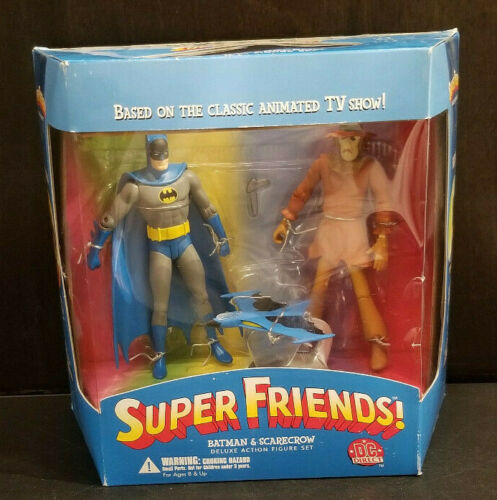 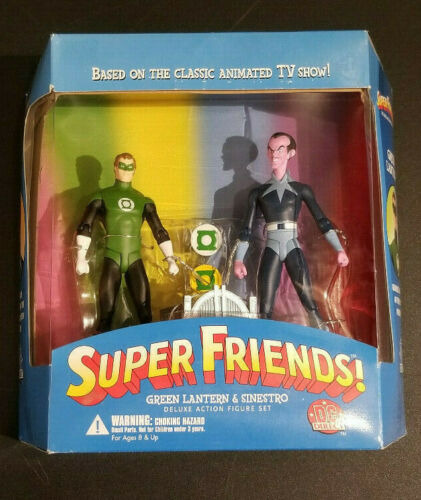 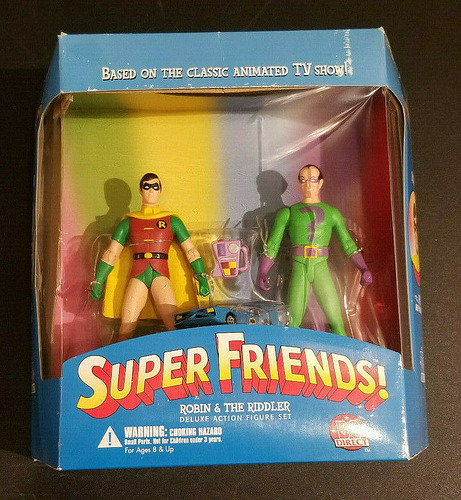 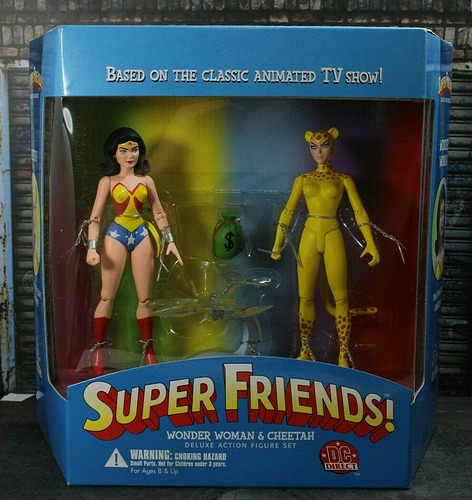 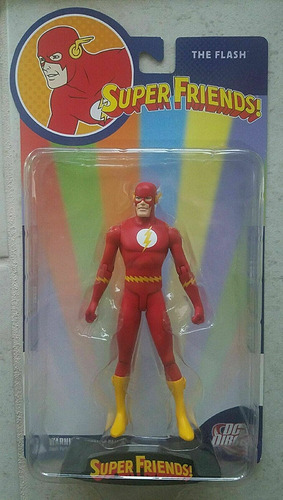 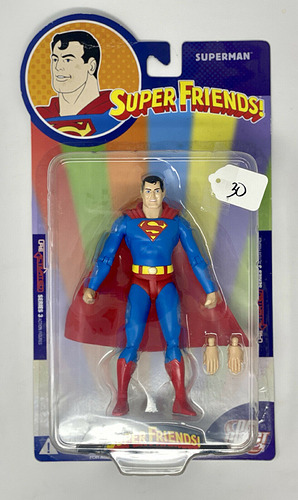 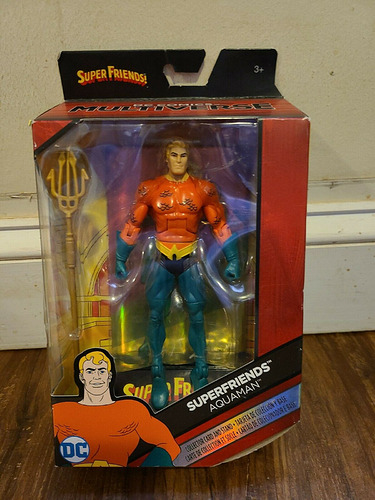 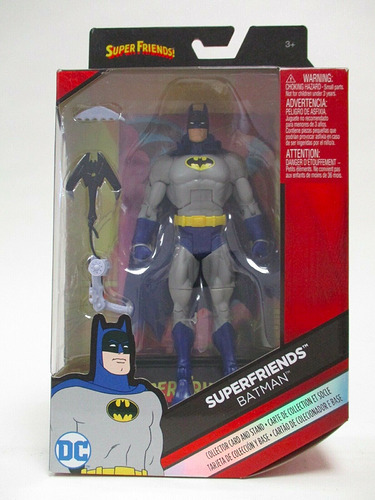 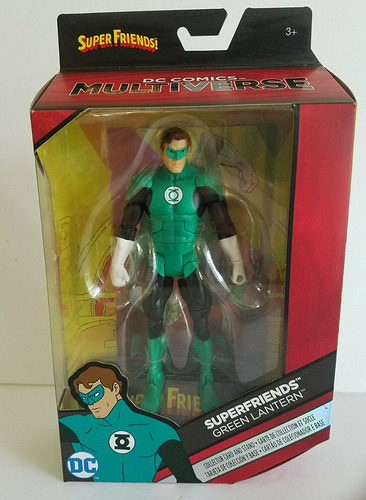 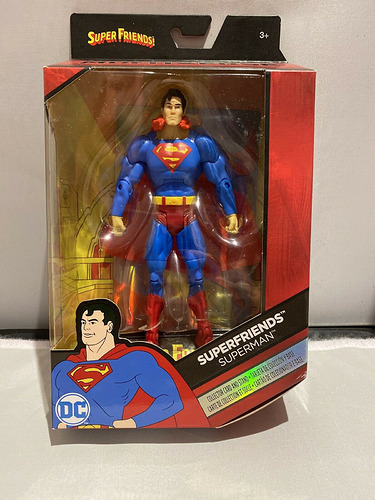 @Reaganfan78 or anyone else, has there been any news on if Super Friends will be in HD when it debuts on HBO Max?

Given how expensive animation re-masters are (and the condition of original source elements, depending on if they were properly archived), I’d be surprised if WB Home Entertainment spent the money for a full series re-master, given the volume of content.

Of course, I’d be incredibly pleased if they did spend the money and re-master the whole series.

I have no idea, that’s a good question though.

But to assert my adjacency,

Who is your favorite character in the series?
Can’t say I have a favorite. My last revisit revealed that even when I was little, I didn’t like Wendy, Marvin and Wonder Dog.

Which hero or villian that didn’t appear in any series do you wish that was on the show?
OG Teen Titans (Wonder Girl, Aqualad, Speedy, Kid Flash). but really anything Titans in my case. The Legion of Super Heroes would also have been pretty dope.

Which Super Friends Comic is your favorite?
Never really read any of the comics until we covered a small arc in World of Wonder. Which was surprisingly dark…

If you could hangout with any of the Super Friends, who would it be?
Vic ‘Cyborg’ Stone

We are just one day away from Super Friends on HBO Max! I wanted to apologize for not getting around to the comics, there’s 47 issues in the series, if you’re a huge fan of the show, the comic is worth checking out, here’s a link…

Super Friends is finally on HBO Max! And yes @Vroom, it is in HD! Eenjoy the show!

And yes @Vroom, it is in HD! Enjoy the show!

Dude, I was pleasantly surprised it was in HD. Knowing how meticulous WBHE is in their restorations of animated content, doing the whole series must have taken quite a bit of time (and money as well; WBHE doesn’t skimp out on restorations, be it animation or live-action).

Seeing the final season (which is my favorite) in HD is like watching it for the first time. So cool!

I was wondering why it took so long for Super Friends to port over to HBM, since it was on DC Universe, but knowing it’s been remastered that makes sense. I’ve had a lot going on this week. I thought we were doing a WAL of the show, and I was afraid I missed it. I’ll have to check it out tonight. I’m excited to see how it sparkles!

In the letters page of Super Friends #1 the editor, E Nelson Bridwell, explains the origins of Wendy, Marvin and Wonder Dog and also tells you why the Super Friends and JLA are not the same thing.

It is reproduced here… 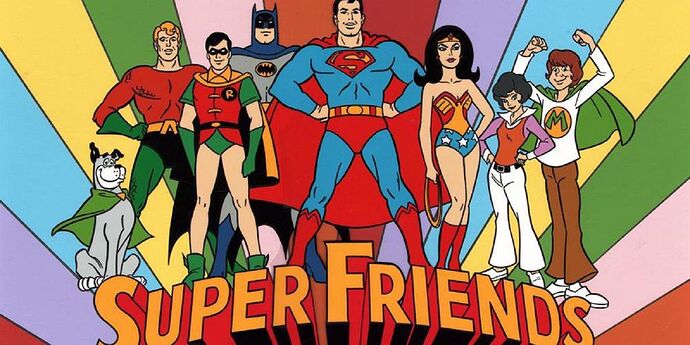 Why Did the Super Friends Let Marvin and Wendy Hang Out With Them?

You have questions, CSBG has answers! Why did the Super Friends let a couple of teenagers hang out with them?