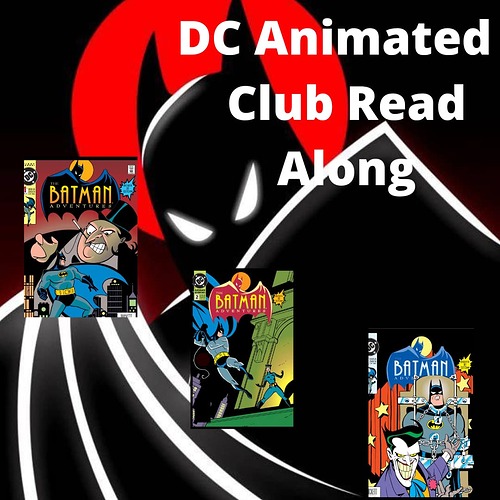 This will be my first time doing a read along for the club, so this month as we continue celebrating 30 years of Batman The Animated Series, We’ll be looking at the first 3 issues of The Batman Adventures.
Originally it was going to be a 6 issues mini series, then thankfully it was decided to be a continuing series which lasted #36 issues before turning into Batman and Robin Adventures.

So here we go. 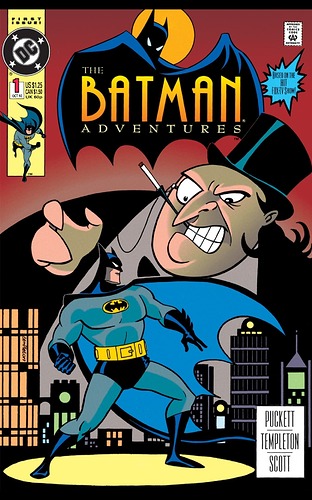 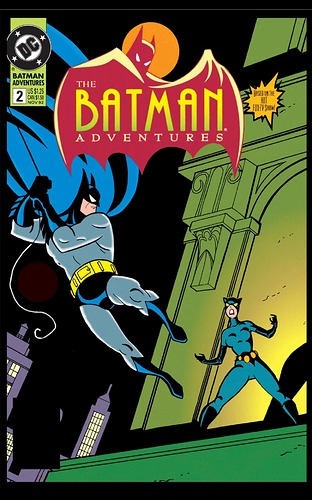 I used to own this first issue back in the 90s. I enjoy how this Penguin has airs of intellectualism that he can’t quite back up. (And he seems to have unusually bright henchmen.) And I like that this story could easily be something that you’d read in a Bronze Age Batman comic, despite the use of the BTAS style. For someone who wants something that feels distinctly like the show, that might be a problem, but if I wanted to watch the show, I’d watch the show…

The second issue is a bit lacking. It’s one thing to play the Penguin as a one-dimensional villain of the week, as he’s kinda silly by design. But when Catwoman feels devoid of personality, that’s a bigger problem. You can feel that the comic is aiming toward a young readership, arguably younger than that of the TV show’s target audience (despite an off-screen murder by the Joker), but this story feels rather lightweight even for the Silver Age.

Then Issue 3 opens like a toned-down version of The Killing Joke before shifting into something more reminiscent of the Clown Prince’s first appearance. The actual continuity of the DCAU is finally becoming prominent here (as indicated by a scene shared by DA Harvey Dent and Detective Harvey Bullock). And the writing is improved here, with some more fleshed-out characterization and a darker tone (which brings it more in line with BTAS as well), bringing us back into something akin to Bronze Age territory.

I don’t care much for the art style, as I don’t think that the DCAU character models lend themselves well to still images. Strangely enough, they look far more cartoony here than they do in the actual cartoon! But I can tolerate it enough to read the stories.