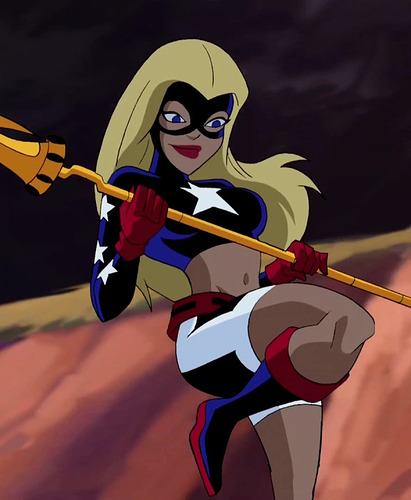 ) on The CW, while Titans, Season Three premieres August 12th (for a kick-ass WAL to ring that in, do check this out) on HBO Max.

To celebrate these premieres in our animated, cereal-coated, Saturday morning way, we’ll be checking out:

I’ll see you, bright and early, in this thread, this Saturday, August 14th at 8 AM Pacific/11 AM Eastern as we celebrate the arrival of the newest live-action TV adventures of Stargirl and the Titans by diving into classic animated adventures of theirs from years past!

As always, stay animated and look to the stars, Titans!

Warning to Stargirl, never talk bad about Supergirl around her fans!

Those fans, woo! I don’t think Kara would approve of their attitudes.

Courtney wouldn’t talk bad about Kara. In some universe she’d even be her sister. 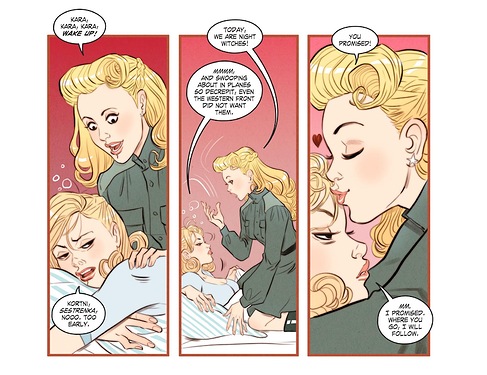 But yes… watch out for this lil excited fan. 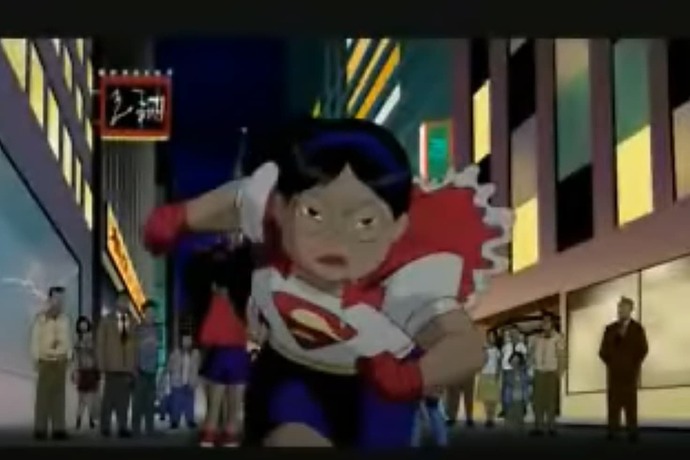 That was who I was talking about!

Now that DC Direct is operating under the auspices of McFarlane Toys, I hope they make a figure of that Supergirl fan as part of whatever DCAU offerings they have in mind.

I’d buy her. Why? Because it’s fun to have characters with 1 minute or less of screen time in plastic. They add to the variety of a product line, and are swell conversation starters.

Me: “Here’s the obsessive Supergirl fan from JLU.”

Would you buy it “for a dollar!”, Robocop-style?

A poll for the @DCAnimatedClub:

Do you enjoy Stargirl and the Titans more in live-action (via their respective CW and HBO Max series), animation or…do you enjoy them in each medium equally?

I prefer live-action. Of course, it has its limitations. Animation has the potential for more dynamic action without looking “fake” in its own universe, and it can more easily pull off the classic comic book costumes and aesthetic without looking ridiculous. However, I find it much, much harder to connect with animated characters on an emotional level. I’m more keenly aware that their plight is artificial, and I’m therefore less likely to be moved by their pain.

hands a grant to Knox

Worthy of Webster’s, my friend.

Just set an alarm for 15 mins before it begins

I keep missing this, but I want to say you do a really good job curating these, Vroom.

you do a really good job curating these, Vroom.

Sugar Slades…the sugar-loaded cereal that will have you belting out “Slaaaaade!” with each delicious bite!

Kids, go pester Dad and Mom for a box…right. NOW.

@HubCityQuestion Thank you, kindly. Will you be joining us? I think there’s a fresh box of Hub City Q’s in our cereal cabinet (right next to the Ditko Delights, if memory serves), should the mood strike.

Sadly I don’t have any milk

I will probably miss it for work reasons, but I have this observation from my last watch of “Chaos at the Earth’s Core”- they made Star’s costume too dark. It looks like black instead of blue is the primary color. I guess they were going for a night sky look, but I think that clashes with her golden age homage and fun personality.

The creators completely forgot about her electrical disruption which comes out of both her hands and her staff. That should have clobbered Metallo at the end.

Turns out I will make it at least for JLU. 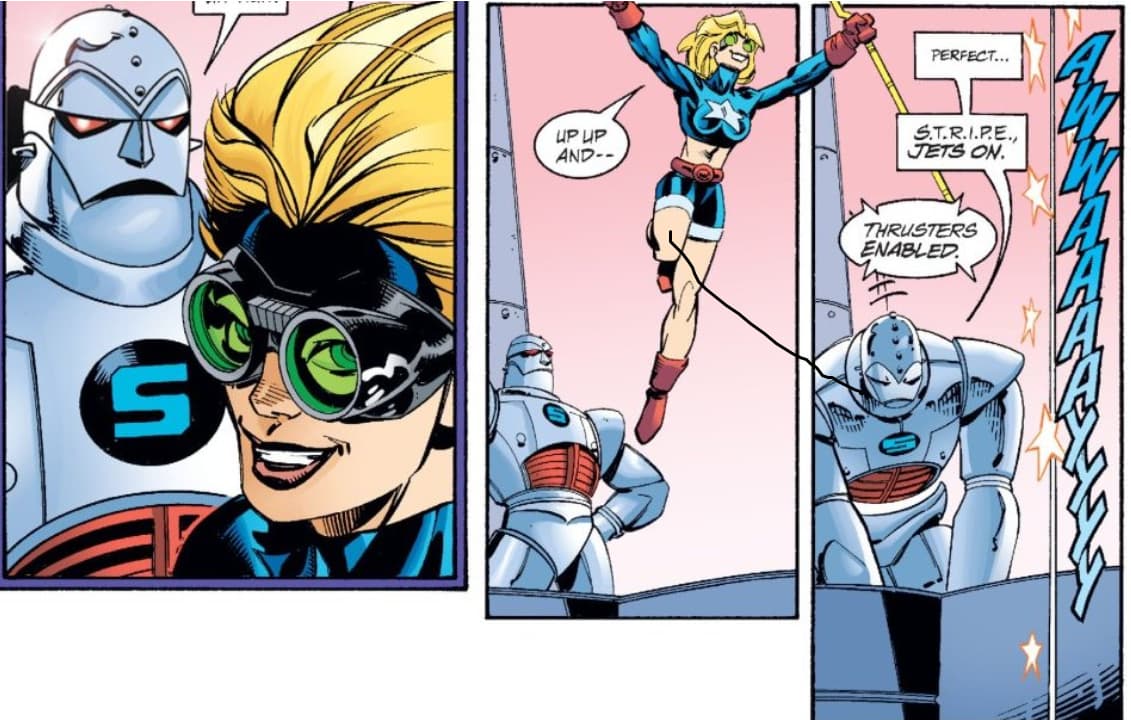 All right, I think I can stop by for this after all. Pass the cereal. I’m a Puffed Rice man.