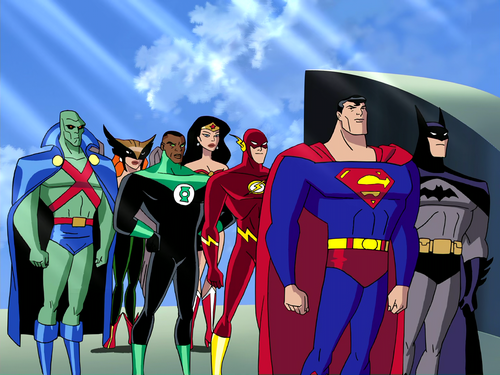 Hello everybody,
Join me on Friday March 25th, for Justice League: Secret Origins watch along.
See how it all begins with the Team-up of our favorite heroes like Superman, Batman, Wonder Woman, The Green Lantern, The Flash, Hawkgirl & Martian The Manhunter!
This would be a great way to celebrate the series 20 years anniversary! Here’s hoping the @Moderators can join us.

You’ll need 2 devices to join the watch along, if you have DVD, Blu-Ray, HBO Max or any streaming service without commercials, put that on.
And use your computer, phone, tablet or ipad to chat on this thread as we watch this 3 part episodes.

I think this will be a fun night, see you there.

Today is the watch along, I would like to take this time to wish our two @Moderators, @LastSon0fMars & @Shayera.Hol a Happy DC Anniversary!

I’m so thankful to have them as our Moderators! This Watch Along is for them as well.

You two should come by and watch yourselves on the telly. It’ll be a smashing time, mates!

@Archer500 Have fun with the WAL! I’m going to go nab chicken and toys.

20 more minutes til the watch along and have a great evening @Vroom!

See you in the AM for the BTAS WAL.

I’ve just now discovered on HBO Max, if you go to any of the shows first episode, they have a trailer for the series.

On Your Mark…Get Set…GO! Press play.

Mars is a good place to start.

I’m trying to get the episode loaded now.

This reminds me of 1994 Spider-man series

Okay, so I think I’ve synced up. Apparently, we’re in the film Prometheus right now.

Love the music and the computer graphic.

Ah, we have Giant Ears Batman.

Wonder what Batman was doing in Metropolis.

Getting away from Robin, obviously.

Superman had a brain attack!